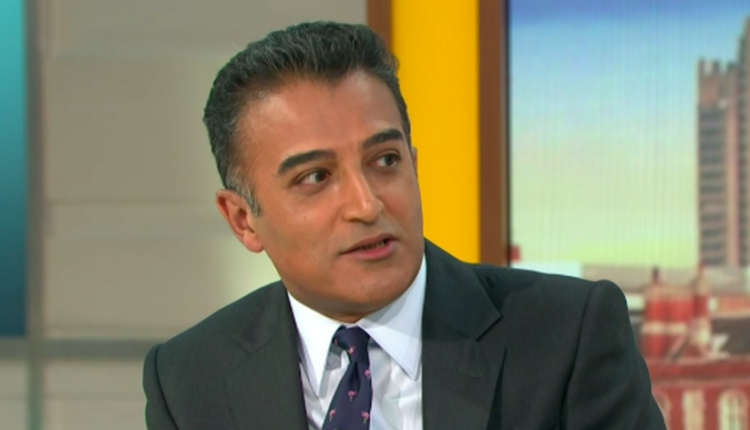 Good Morning Britain viewers admitted they were ‘turning off’ their televisions on Wednesday as they no longer wanted to watch Adil Ray.

Adil, 46, has been hosting the ITV show alongside Susanna Reid all week but it seems fans are not impressed with his presenting skills.

Taking to Twitter, several GMB viewers admitted they weren’t enjoying watching the comedian at all.

Another tweeted: “Adil Ray…because mornings aren’t bad enough as it is #gmb.”

Adil has been presenting Good Morning Britain more regularly ever since Piers Morgan sensationally quit the show on March 9.

The 56-year-old faced a huge backlash following his comments about Meghan Markle and has a result, Ofcom received thousands of complaints.

ITV are yet to announce a permanent replacement for Piers, but it seems viewers are quite keen to see Robert Rinder fill his shoes.

The 42-year-old, better known as Judge Rinder, appeared on GMB on Tuesday to discuss to chat to his good pal Susanna and her co-host Adil about a variety of topics.

One person tweeted: “Could Judge Rinder be a new #GMB presenter?” while a second viewer posted: “I want @JudgeRinderTV on #gmb EVERY.DAY!!!”

A third person added: “#GMB let’s get judge rinder as piers morgans replacement..he would be perfect for this show (sic).”

A fourth viewer tweeted: “Every time Rob Rinder speaks, he goes up in my estimation. Eloquently talking about housing on #GMB.”