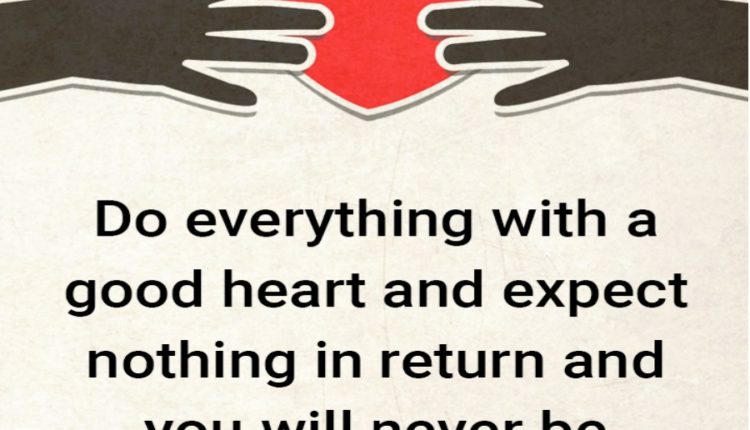 When you expect nothing, everything comes to you.

When you combine your own expectations and those of your parents, peers, and society, you will always go through life carrying the weight of the fucking world on your shoulders. When you get to the end of every year of your life, you’ll only see what didn’t happen, what didn’t turn out like you hoped it would, and expectations that were never met. Over the last year, I’ve approached one situation in my life after another filled with expectations.

Even though the entire message of my previous book *An Audience of One* was about having no expectations for your art, I expected and hoped it would sell more copies than it did.
I expected 2018 to be the year when I finally fell in love.
I expected it to be the year that I made more money.

I didn’t fall in love, I didn’t make any best-seller lists, and I didn’t make as much as I hoped I would. But the greatest gift that came from all my unmet expectations was realizing just how free you are when you no longer have any.

In the process of trying to develop a book proposal based on my article about what we should have learned in school but never did, my agent suggested the theme of experiments with success on my own terms. I didn’t realize it but the first of those experiments was to approach every part of my life with no expectations.

When I expected nothing from a first date, I had a one night stand.
When I expected nothing from an amazing girl I met while traveling, I had the time of my life with her.
When I stopped expecting my previous book to end up on a best-seller list, it ended up at the front of the bookstore in India on the same table with Michelle Obama, and other authors whose books had sold millions of copies.

The less I expected from it, the more life seemed to delight me. The more I got what I wanted. When you have no expectations of anyone or anything, everything good that happens is icing on the cake, and everything bad doesn’t phase you nearly as much. The next challenge would of course be to temper my expectations even when I started getting the things I’ve most wanted for so long. 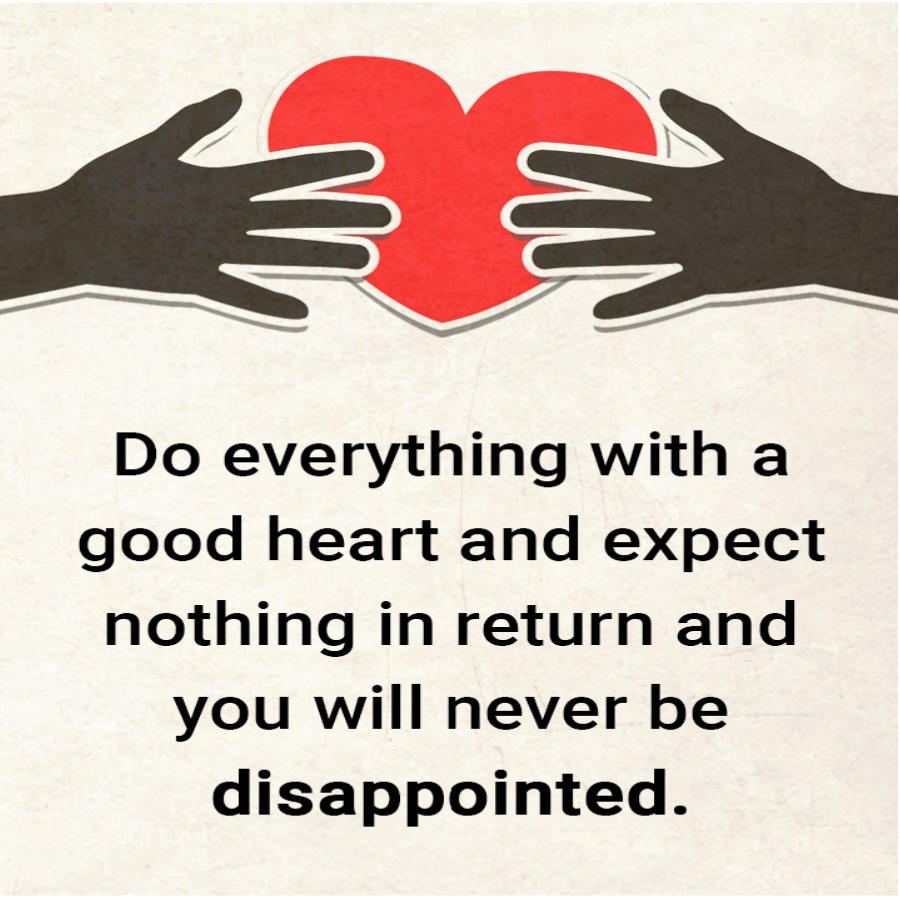 EXPECTATIONS ARE A FUTILE ATTEMPT TO CONTROL WHAT WE CAN’T

You can’t control whether or not someone falls in love with you on a date any more than you can control whether enough people buy your book, or any more than I can control if a million people read this article. When I stopped having expectations, I stopped measuring my life with metrics I couldn’t control and that ultimately didn’t matter. I finally started to see that all of our expectations are handcuffs that trap us in a self-created prison of misery and unnecessary suffering.

If you go into any situation, whether that be a date, a job interview, or even a creative project with high expectations, you put an insane amount of pressure on yourself, the situation, and the other person. It’s unlikely that you’ll show up as the best version of yourself.

But when you don’t have any expectations, you show up differently. You show up as a more light-hearted, unapologetic, no bullshit, no-fucks given, more charismatic version of yourself.

If a date doesn’t go well, it doesn’t matter since you didn’t expect anything. If it does, that’s just icing on the cake.

If a creative project doesn’t meet some predetermined metric, it doesn’t matter. You didn’t have any expectations because you were creating for an audience of one.

EXPECTATIONS ARE A FORM OF CONDITIONAL HAPPINESS

Conditional happiness is a recipe for unnecessary suffering. When your happiness is conditional, you’re always at the mercy of your circumstances. You sacrifice joy in the moment for possibility of happiness in the future.

You write a book. But then you decide that it needs to become a New York Times Best-seller for you to be happy. Your happiness depends on something that’s out of your control. Even if it does becomes a best-seller, it’s only a temporary circumstance, not a permanent identity. For about a week, I was WSJ best-selling author. It wasn’t my permanent identity. Eventually people forgot. My life returned to normal, and I just kept writing.

If your son or daughter has to be married for you to be happy, you live in the future, and deny yourself the joy that’s accessible to you in the present. Say this circumstance changes. Then, all of your suffering was for nothing. What a waste of your precious life.

Because of hedonic adaptation, it won’t lead to the everlasting happiness you think it will. Something else will replace it. What you’ve been wanting so desperately all along will be your new normal. The reference group changes. Now you don’t have an unmarried son or daughter. Instead, you don’t have any grandkids. Conditional happiness keeps us living in a perpetual state of deficiency.

My oldest friend told me that people started asking her when she was having kids within a week of her wedding. When she had her first daughter, people asked when she was having the next one. And after 3 daughters, somebody asked her if she wanted a son. Biology isn’t the same as ordering packages on Amazon and just because someone has 3 daughters, it doesn’t mean they wanted a son. As author Natasha Badwhar says, “We all isolate each other, callously spitting smug, self righteous judgements without a second thought. We have quick stick labels for everyone, irrespective of the personal choices we may have made.

If someone else’s circumstances have to change for you to be happy, your happiness is out of your control. Your emotions will affect that person’s perception of you. If they see that their unchanged circumstance is the source of your unhappiness, their only solution will be to distance themselves from you. They will feel as if they are the source of your misery. Why would you want spend time with a person if that’s the case?

In the book The Three Laws of Performance, the authors tell the story of an Indian woman at the Landmark Forum whose husband had left her and whose daughter died in the same year. Naturally, she was grief stricken. But then she realized, she was denying her son the thing that he needed most in that moment, a happy mother.

Earlier this year, I was going through what felt like a roommate search from hell. Just when I thought I was going to be screwed, the perfect roommate showed up. The conditions changed and all that stress and suffering was for nothing.

Conditional happiness is a form of desperation and creates an energy of scarcity. Scarcity repels money, romantic partners, opportunities etc. Out of scarcity, we choose jobs we hate, partners who violate our boundaries, or treat us terribly. But unconditional happiness creates an energy of abundance. You don’t cling to anything. You’re able to hold things with an open hand.

When your happiness is conditional, you live in a hell and prison of your own creation. However, it’s a prison which you can leave anytime you’d like. You have the key that unlocks the door. The paradox is that when you stop needing the conditions that would make you happy to change, those conditions happen.

While it is sometimes excruciating to not have what you want, suffering until you get it is pointless and stupid. Whether you suffer or not, the conditions will eventually change because change is the only constant. Conditional happiness leads to unnecessary suffering, while unconditional happiness opens up an infinite well of joy.

Expecting nothing doesn’t mean that you sit on your ass, do nothing, and hope that money, riches, and everything you might want will fall from the sky.

It’s a realization that everything you fight has power over you and that everything you accept doesn’t.
It’s to understand the difference between surrender and resignation, and choose the former.
It means you detach from the outcome and focus on the process instead of the prize.

When you expect nothing and accept everything, it’s much more likely that what you create for an audience of one will reach an audience of millions. Give it a try for a month and see what happens