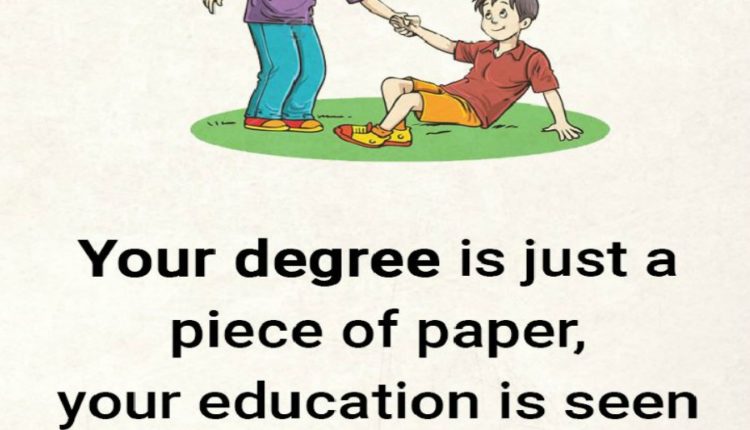 Education is seen in behavior

Often I am reminded of the adage ‘reading makes a man’. It is true. Not confined to certain topics and themes, when we read our understanding of people especially apart from the environs is expanded. The result is, we do not see anything or anyone the way we perceived before. There is bound to be some change. It all depends what influence and impact the new knowledge has had on us.

It therefore changes our behavior because our thoughts direct the actions, decisions and movements. Now, education is a much, much broader spectrum than reading. We immediately think of the high school years where generally up to the 10th grade an all round information is tutored so that the students are able to move around, find jobs and be in a better position to interact. That is the bottom line. There onward, these students opt to find special line of academic progress or vocational opportunities with a goal of setting their future on a strong pedestal. 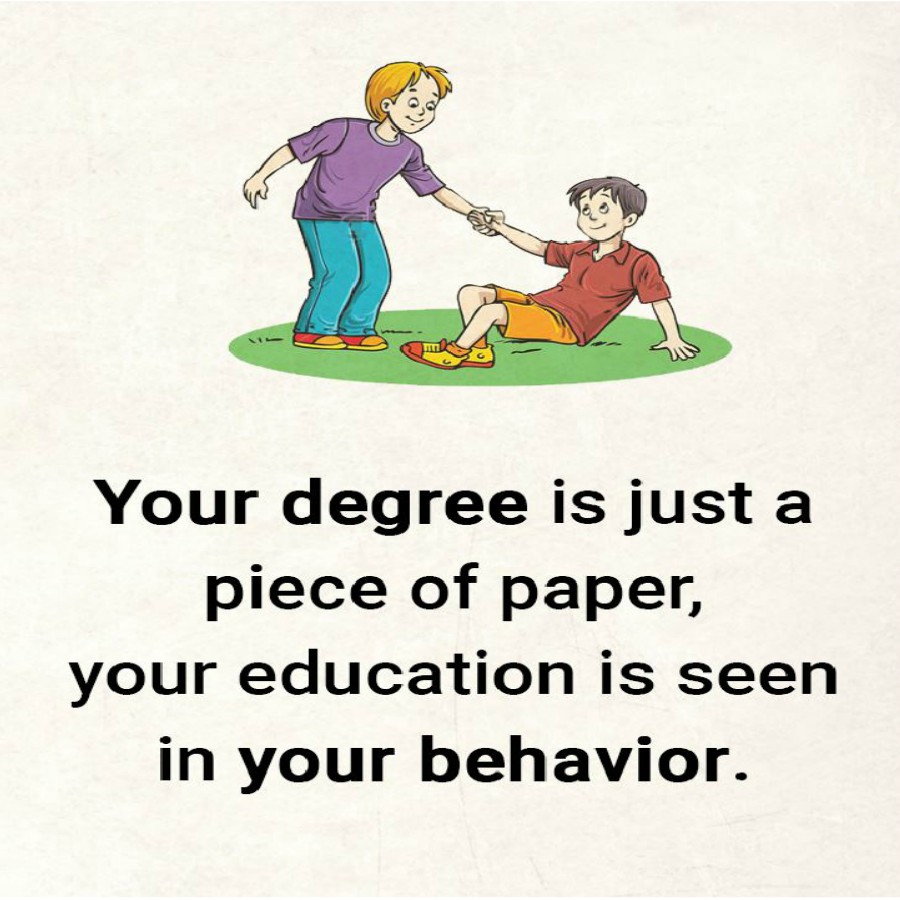 During this process of ‘knowing more and more’ one’s actions indefinitely goes through many transitions. In most traditional cultures there is a fear that the clan would lose their originality and hence there is an aversion for furthering education especially of the female folk. They fear, an educated youth will deviate from traditional mores and also have less respect for the older leaders of the tribe or clan.

It is true to certain point but not necessary . There are highly educated people who value their family traditions which are shown during festivals and functions. But what is meant here about behavioral change is, leaving behind naive, unrealistic actions and beliefs in order to a better, refined kinds. Some attitudes which are ingrained due to ignorance is shed off once enlightenment reaches the mind, Thus there is a radical alteration for the better in behavior as well.

What about planning and setting goals. rather than guessing, an educated man or woman applies the knowledge to take conscientious effort to plan before any action or decision. They will be less anxious and also refrain from making hasty and wasteful movements. They will have the calm and composure which would not have been there prior to acquiring knowledge. Hence, Education does impact ones behavior for good unless they delve into wrong and destructive knowldege!