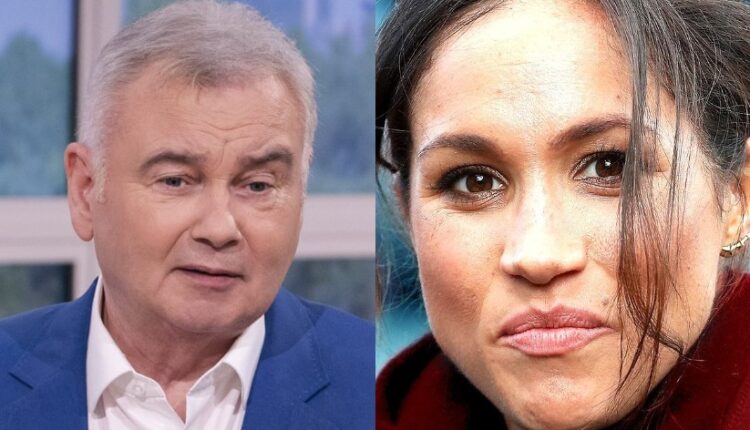 Eamonn Holmes looks set to turn his back on This Morning after 15 years – making a controversial move.

The popular presenter, who was previously the regular Friday and holiday host alongside wife Ruth Langsford, is poised to join struggling ‘anti-woke’ channel GB News.

It’s a move that many may have seen coming due to some of Eamonn’s questionable claims in recent years.

First there was the Meghan Markle scandal, then he infuriated ITV at the height of the pandemic by suggesting conspiracy theories linking coronavirus to 5G phone masts should be listened to and was forced to issue a clarification the following day.

The on-screen decline came when he and Ruth were both dropped from their regular end of the week slot and replaced by Dermot O’Leary and Alison Hammond.

Here is a look at the scandals and controversies that led up to Eamonn’s departure from This Morning. 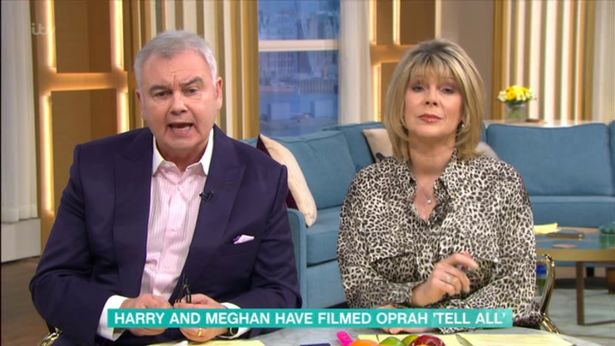 Eamonn found himself in hot water in July 2019 when he sparked a race row over his comments about Meghan Markle.

The presenter called the Duchess of Sussex “uppity” for her behaviour at Wimbledon – with ITV later claiming he did not know the historical racist connotations of the word.

Slamming Meghan for not wanting people to take photographs of her, Eamonn ranted: “If you have an uppity attitude, you’re only through the door two minutes, and suddenly you’re sitting at Wimbledon, with Royal protection people going ‘no photographs’. 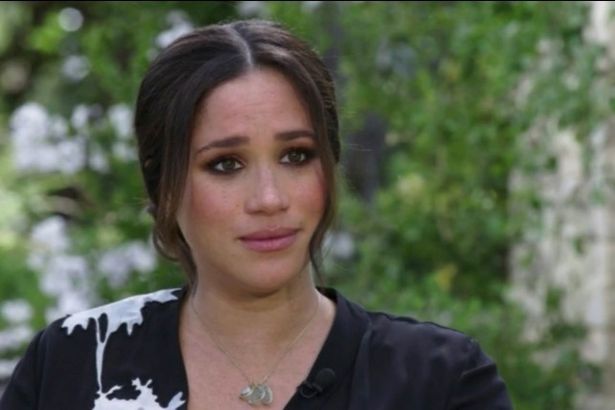 “You do know. If that was somebody in Canada, you would be writing [that] they’re right up their own backside.”

Eamonn then threatened to sue a critic on Twitter who said Eamonn personified “the inherent racism of the British media”.

“What a stupid bigoted a*se you are,” he snapped back.

ITV issued an apology over Eamonn’s remarks about Meghan

“U r typical of the sort who only want your questions asked. Our job us to ask questions. That’s what we did and we did it very well (sic).

“Call me racist again and I will sue your bigoted stupid a*se off you.”

“Eamonn was unaware of the history of the term ‘uppity; and how it could be interpreted when describing Meghan Markle,” read the statement.

“We are not saying that ignorance is in any way a defence, he was using the term to describe what he interpreted as arrogance.

“The origins of the term have now been explained to Eamonn and the wider editorial team and it won’t be used again. We apologise for any offence that this may have caused you.”

Eamonn, Ruth and Holly all supported Phillip during an emotional day (

In February last year, Eamonn was blasted for making an ‘inappropriate’ joke about This Morning colleague Phillip Schofield.

Phillip bravely came out as gay live on air and was joined on the sofa by co-host Holly Willoughby before Eamonn and Ruth came in to give him a hug. 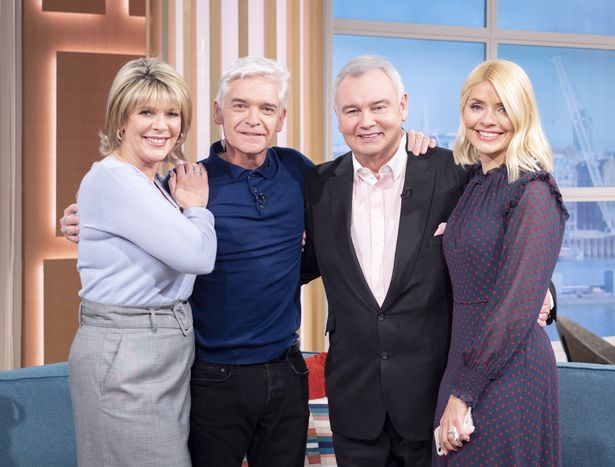 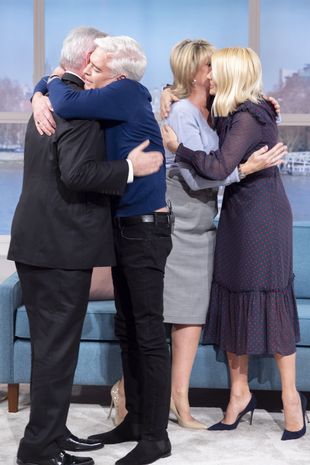 Eamonn caused controversy when he joked he had always wondered how Phil could sit in a hot tub with Holly and their respective partners not take issue.

The gag infuriated fans who thought Eamonn was being disrespectful, but the telly veteran said he was just trying to lighten the mood.

Later on he tweeted a sweet photo hugging Phil, writing: “This is a man who was in pain , who today confided in Ruth and I and who knows we stand in support of him, his family and his sexuality…

“Also unlike some, he appreciated a laugh to break the tension. @Schofe hoping you find happiness.”

And Philip seemed to take the joke well as he took to Twitter to defend Eamonn after the tough interview.

He tweeted: “Can I just say that @EamonnHolmes & @RuthieeL were utterly magnificent with me today, privately downstairs just the three of us and upstairs in front of the world. I couldn’t have hoped for a better, calming and loving set of hugs and support, I adore them both.

“And for the record, @EamonnHolmes made me laugh, he lightened a very emotional moment and I’m very happy that he did.”

Eamonn made some controversial comments on 5G 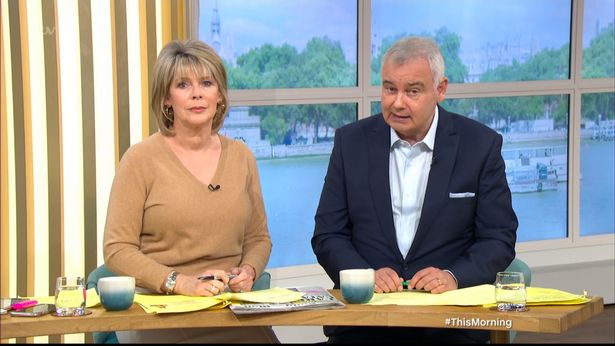 Eamonn was caught up in another scandal in April last year over his controversial comments about 5G causing coronavirus.

The presenter appeared to hint there could be a link between the COVID-19 virus and 5G while speaking to a guest on call-in – a conspiracy theory which sparked many mobile masts being set on fire and vandalised in the UK.

“There’s a rumour that is circulating, it’s not true and it’s incredibly stupid,” said the guest.

Eamonn replied: “Totally agree with everything you’re saying, but what I don’t accept is mainstream media immediately slapping that down as not true when they don’t know it’s not true.

“No one should attack or damage or do anything like that, but it’s very easy to say it is not true because it suits the state narrative, that’s all I would say as someone with an enquiring mind.”

Broadcasting watchdog Ofcom launched an investigation into the comments made by the presenter after more than 400 This Morning viewers complained.

Ofcom said the comments were ‘ill-judged’ (

Ofcom said the comments were “ill-judged” and “we have issued guidance to ITV and its presenters”.

A spokesperson said: “We carefully considered complaints about a discussion on This Morning. In our view, the presenter’s ambiguous comments were ill-judged, and risked undermining viewers’ trust in advice from public authorities and scientific evidence.

“After taking into account the co-presenter’s firm rejection of the claims earlier in the programme, the discussion being about ‘fake news’ and the presenter clarifying his comments on air the following day, we have decided to issue guidance to ITV and its presenters.

“Broadcasters have editorial freedom to discuss and challenge the approach taken by public authorities to a serious public health crisis such as the coronavirus. However, discussions of unproven claims must be put fully into context – especially at a time when mobile phone masts in the UK are being attacked, risking significant harm to the public.”

Alison and Dermot took over on a Friday 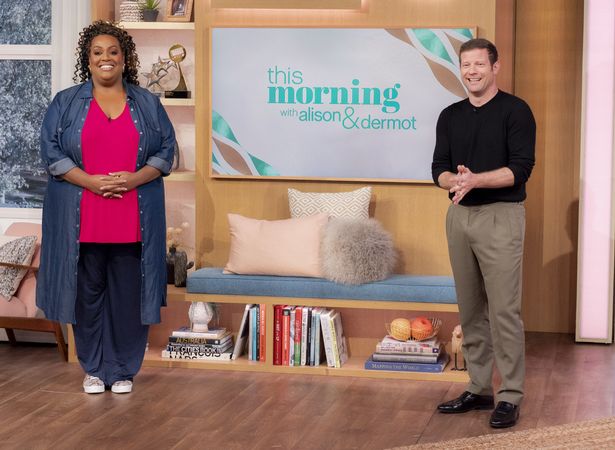 Eamonn and Ruth were sensationally dropped from their Friday slot on This Morning at the end of last year.

After 14 years of hosting the end of the week show, it was announced the couple would replaced by Alison Hammond and Dermot O’Leary for the Friday edition but carry on during the holidays.

The husband and wife duo were said to be “furious and upset” by the move and publicly hit out at the decision.

“We’ve put the work in,” Ruth told The Sunday Mirror. “We didn’t do a reality show and get an overnight job on the telly. We’ve come up through the ranks.

“Eamonn was only 19 when he started out. And he was doing the teatime news in Belfast during The Troubles. It was heavy stuff.

“And he’s now got an OBE for services to broadcasting.”

A spokesperson for Ruth defended her comments and claimed they were not a direct swipe at anyone in particular.

Over the past year, Eamonn has made a few cheeky digs about being replaced while on This Morning.

In December last year, Eamonn said he has seen a man selling Christmas trees at half the price and Ruth pointed out they were “struggling to get rid of them”.

Eamonn replied: “I would say so darling, I’d say that’s the obvious conclusion. Which is why they’re getting rid of us on a Friday now after all this sort of chat.”