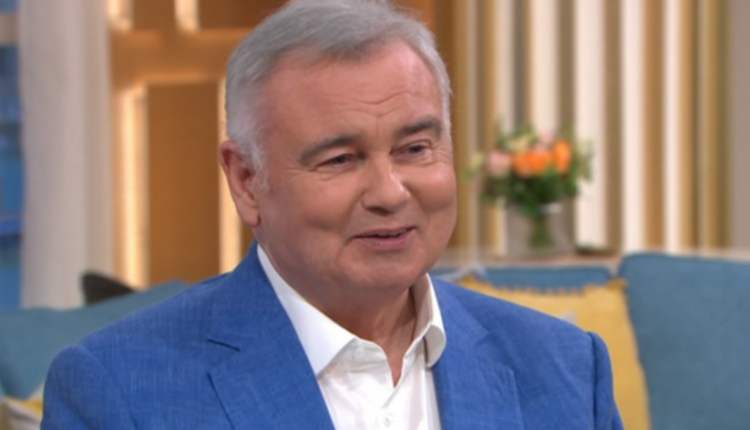 Eamonn Holmes expressed his happiness over becoming a grandfather for the first time.

This Morning presenter Eamonn, 61, was joined by wife Ruth Langsford as he revealed that his son Dylan had welcomed a baby with wife Jenny.

Kickstarting the programme today, Eamonn said that “things had changed” since he last saw viewers yesterday.

“That you’re a granddad!” Ruth exclaimed before clapping happily.

Eamonn joked: “It wasn’t just me – it was my son Declan and his wife Jenny, they are the happy couple and Jenny gave birth to Amelia.”

Eamonn Holmes revealed that his son has welcomed a baby daughter

Eamonn revealed that his granddaughter had been born at 7 lbs 6 oz and added: “So that’s the first grandchild, my mother’s a great-grandmother.”

“What are you going to be?” Ruth asked. “Gramps, granddad? Grumps we came up with, didn’t we, but he wasn’t too keen on that one.”

Eamonn joked: “It surprises people because they think, ‘He’s too young to be a grandfather’ and already I’ve got people getting in touch with me about glamorous granddad competitions and that kind of thing.

“But my friend Bill, he’s anointed himself ‘Papa’.”

“Papa would be nice,” Eamonn agreed.

Ruth seemed as happy as husband Eamonn over the news

Don’t miss the big news about your favourite celebs and TV shows – sign up for our free newsletters to get updates direct to your inbox.

Eamonn revealed that his son Declan was expecting a baby with his wife Jenny back in April.

After teasing some big news, he revealed on This Morning: “It’s been a tough year for so many people, there’s not much good news around. I’ve been having a very tough week.

“These people are called Declan and Jenny. Declan is my eldest boy, he’s 32 years of age and that is Jenny, his beloved wife.

“They have just announced that I, and together with Jenny’s mum and dad and Gabrielle, Declan’s mummy, we’re all going to be grandparents!”