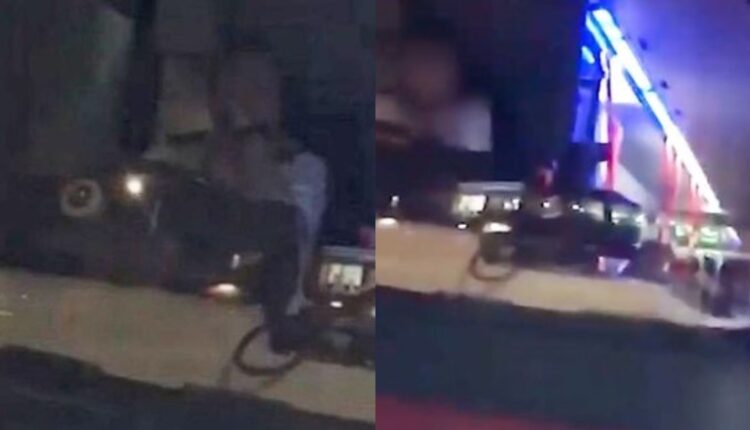 A young girl was left in floods of tears in the road after a bus driver refused to let her on board.

The 16-year-old had just missed hopping aboard the last service from Beverley Bus Station to Dunswell in East Yorkshire.

She pleaded with the bus driver to let her on the vehicle so she could get home, but he refused, Hull Daily Mail reported.

Fortunately a police officer witnessed the encounter and came over to see what was going on. 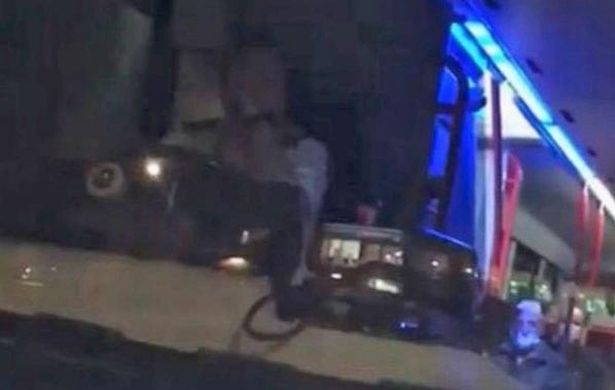 The girl’s dad, Gary Hockney, said: “She was so upset. It happened on Sunday night and on Monday she didn’t go to college.

“She was frightened to go on the bus because she goes on a public bus and she was worried that she would bump into this driver.

The girl pleaded with the bus driver to let her on

“She came back on Monday and she was in tears about it and explained that was why.”

The teenager tried to board the East Yorkshire Bus service at 9.30pm on Sunday, November 7, after visiting her friends.

She claims that as she reached the bus it began to pull away.

The girl stood in front of the bus while it was still in the parking bay so she was visible to the driver.

But, she claims he refused to let her on and instead continually beeped the horn, flashed his lights and revved the engine while she was in tears.

“Can you just open the door, I need to get home,” she can be heard saying in a video.

A police officer believed to have been dealing with another incident at the station came over after witnessing the incident unfold and spoke with the bus driver, who said that he could not open the doors due to health and safety reasons. 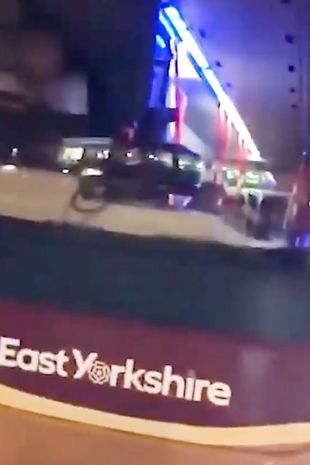 Speaking about the incident, Mr Hockney said: “In her words, which isn’t wrong going by the footage, the bus was still in the parking bay and as she approached it, it began to pull away.

“She was directly in front of the doors and in full view of the driver. He looked at her, he saw her and carried on pulling out.

“She started crying at one point and he’s revving his engine, flashing his lights, beeping his horn and then fortunately a police officer in the station at the time came over and asked what was going on.

“If you look at the footage, she challenged the driver and he just referred to this blunt health and safety policy.”

The bus driver would not open the doors

Fortunately for the girl, the police officer gave her a lift back home.

Mr Hockney said: “I want to draw attention to his actions but also the officers, because it’s such a positive thing that she did, I would have picked her up but it was such a nice gesture.

“Having thought about it might be that the bus company doesn’t allow that sort of discretion, which is stupid. They should give their employees the confidence to make those decisions.

“I’m sure he would have let his own daughter on in that situation or if he saw somebody being chased or something surely at some point there’s a cut off and you show some discretion.”

A spokesperson for East Yorkshire Buses said: “On Sunday night one of our buses was in the process of leaving Beverley Bus Station at its scheduled departure time when a late arriving passenger ran out in front of it to try to stop it leaving.

“For safety reasons, our drivers are advised not to allow any more passengers to board once they have closed the doors and reversed off the bus station stands, as it is unsafe for passengers to try to enter the part of the station where buses are moving.

“The passenger refused to move from in front of the bus, so a police officer who was in the station dealing with some antisocial behaviour came to speak to the driver, and agreed to give the passenger a lift home so that the bus could continue on its way.

“Our driver was satisfied that the passenger was safe, and the bus was able to continue with its journey.

“We’d advise that passengers always ensure they arrive at their bus stop in good time, and we have live tracking features on our website and app which you can use to ensure you never miss a bus.”