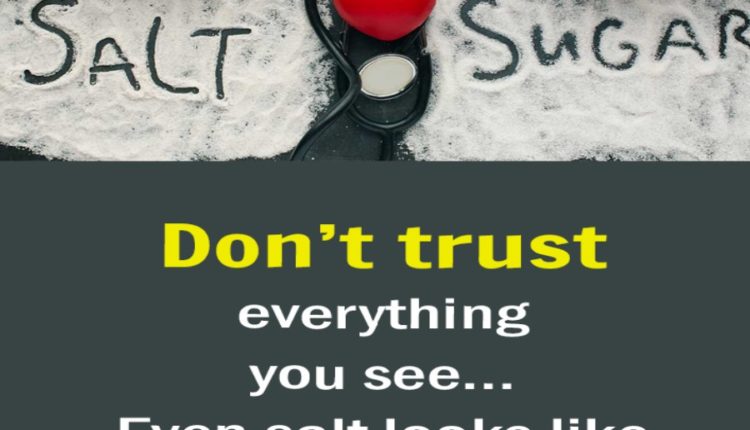 What does this saying mean; “Don’t trust everything you see even salt looks like sugar”?

It means that you can’t tell by looking at something if it is something you will ilke or not like or if it is right for the situation. It is similar to the phrase “don’t judge a book by it’s cover.” 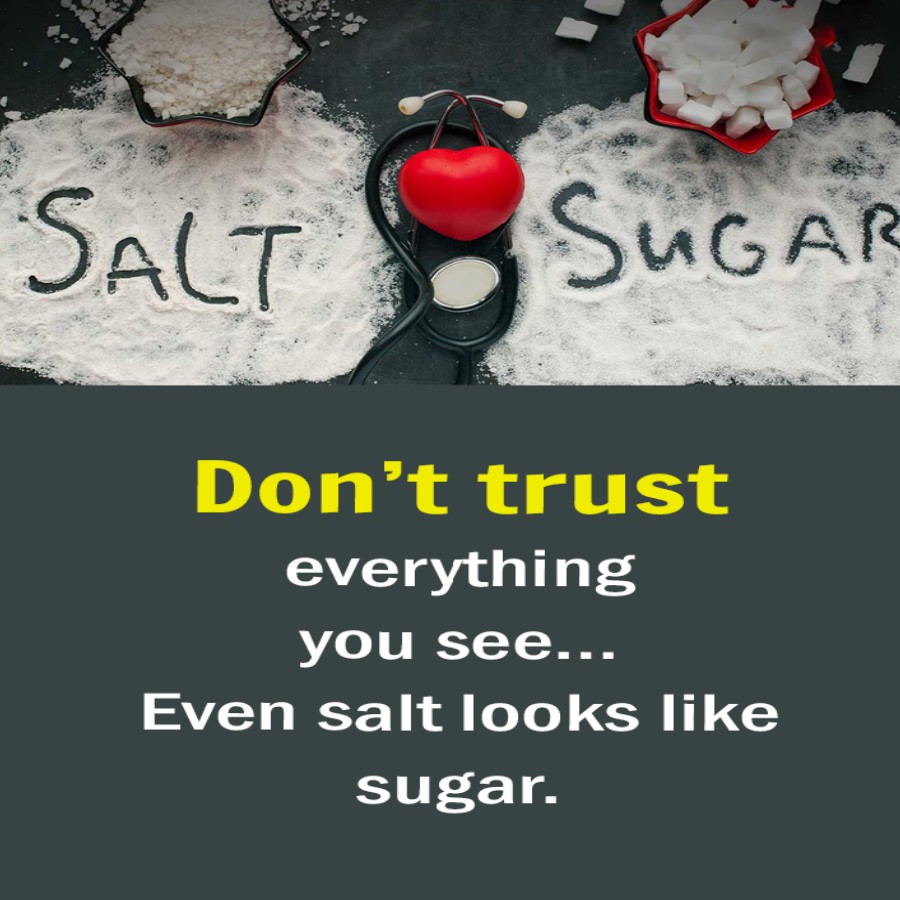 This is usually refers to there being much more to people than you can see just by looking at them. The “trust” part of the quote you give may also apply to times when we think we know what we are seeing, but our eyes may fool us. Someone may say, “but I saw it with my own eyes” and still have mistaken what they saw. Once when I was driving, I thought I saw a large bush gliding across a road. I had been up 24 hours and was exhausted. I believed that bushes don’t glide across roads, and that there must be some mistake in what I THOUGHT I saw. And then in front of me, the bush turned slightly and the image began to make sense. There had been a small truck in front of me whose bed was loaded full of branches that had been cut from bushes.

From behind all I could see were those cuttings. When the road curved, I could see the truck. We can easily be fooled by our eyes. So even when we see something, we should consider there may be more to it.