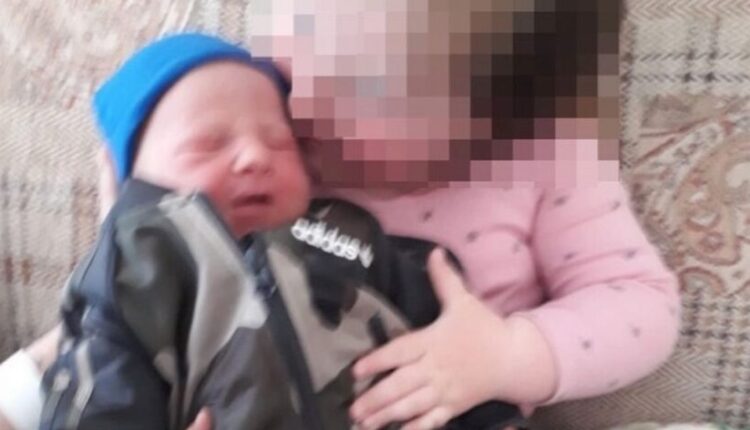 A dad screamed in horror after his eight-week-old son was stabbed to death just days before his christening, it is claimed.

He was visiting his daughter in the West Midlands when he found out his boy had been killed in a home in Belfast, Northern Ireland, on Tuesday.

He was told the news over the phone, leading his family to ring the police, who found little Liam O’Keefe dead at the property, The Sun reports.

A two-year-old girl was also rushed to hospital in critical condition, although she is now stable.

Police have arrested a 29-year-old woman on suspicion of murder and attempted murder.

The murdered child’s half-sister has revealed the moment her sister heard their dad scream when he received the news.

She told The Sun: “On Tuesday, when it happened, my dad was standing in my sister’s kitchen. She was in the bath and she heard a scream, which was my dad.

“My sister rang the emergency services in Northern Ireland and they sent a rapid response out.

“They were meant to be having the baby’s Christening soon – and now it’s going to be a funeral.”