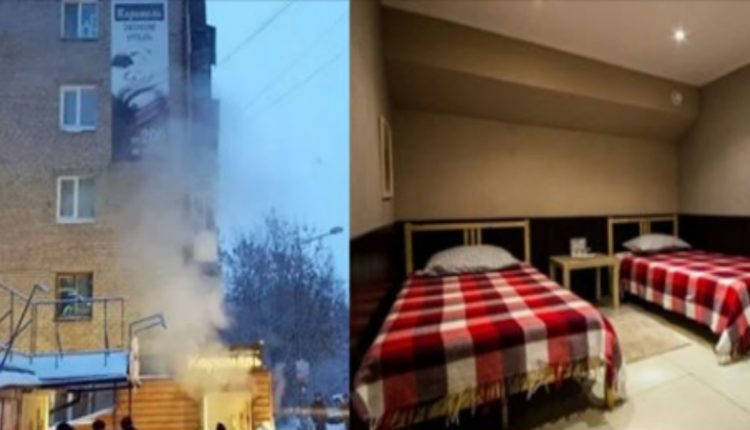 FIVE people including a child were “boiled alive” today in a Russian hostel when a heating pipe burst and flooded basement rooms without windows.

Three more suffered serious burns from the scalding water in the city of Perm, in western Russia.

The pipe burst and flooded the Karamel hostel’s basement, flooding rooms with scalding water, according to local media.

Because there were no windows, guests were unable to escape.

Investigators opened a criminal case, with forensic investigators on hand to interview victims, carry out examinations and secure evidence at the site.

One report said residents included relatives of patients receiving cancer treatment at a nearby hospital.

Seven ambulances rushed to the scene but four victims were already dead, according to local reports.

Another is understood to have died of their injuries.

Igor Goncharov, acting regional security minister, said: “It is known that the cellar was flooded.

“All emergency services quickly arrived at the scene. The water is being pumped out now.

“Five bodies have already been found, three more people were injured, all of them are the guests of the hostel.”

A witness said: “It happened about 4 am.

“Steam was  pouring out.

“The water went up to the front door of the hostel.

“It was boiling water. I am scared to imagine what was going on inside.”

One victim Maria Uzhegova, 33, is in grave condition.

Two others named as Oleg Uzhegov, 35, and Eduard Mezentsev, 28, are also being treated in hospital.