Boy, 13, missing after falling into the River Thames while on his way to school - Daily Net 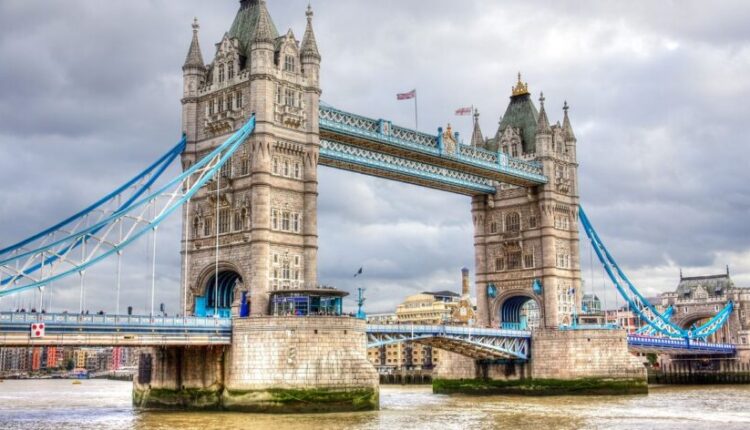 Boy, 13, missing after falling into the River Thames while on his way to school

A young boy is missing after he got off a bus on his way to school and fell into the River Thames from Tower Bridge, his principal says.

A witness described hearing the boy screaming for help before a woman jumped into the cold water to try to save him, but she was only able to recover his school jacket and school bag.

The Ark Globe Academy pupil was wearing his full uniform as he and a friend took a bus together on Tuesday morning, but he failed to show up at the south London school, according to a letter sent to parents.

Principal Matt Jones told parents the Year 8 student got off the bus near Tower Bridge before his usual stop, which is close to the school in Elephant and Castle.

Mr Jones said the boy “fell into the River Thames” from the iconic bridge and police were treating it as a “missing persons incident”.

He described it as “distressing news” for the school community, adding that his “hopes and prayers” were with the missing child’s family.

The boy is thought to have turned 13 earlier this month.

Have you been affected by this story? Email webnews@mirror.co.uk.

He is named in the school’s letter, which was sent to parents on Wednesday, but the Mirror is withholding his name.

A witness told the Sun the boy screamed for help and a woman who jumped into the river to try to save the boy used a life-float to swim through the water.

However, she was only able to reach his school jacket and school bag.

The witness, who works on a building site on the South Bank, said: “We all heard him screaming for help, and then a woman who was just walking past with her boyfriend grabbed a float and jumped into the river.

“She said ‘why isn’t anybody helping him’ before jumping in herself.

“The woman jumped in seconds after but all she could bring back was his school jacket and his bag.”

It is understood that police pulled the woman out of the water as the first crews arrived on scene.

Firefighters, the RNLI and a police helicopter were involved in the search after the boy fell into the Thames just after 8am.

City of London Police is leading the investigation into the incident.

In his letter, seen by the Mirror, Mr Jones wrote: “It is with worry that I share news about (the boy’s name), a Year 8student at Ark Globe Academy.

“On the morning of Tuesday 20 April, (he) did not make his way into school despite travelling on a bus with a friend in full school uniform.

“He got off the bus near Tower Bridge before his usual bus stop nearest to Ark Globe Academy and fell into the River Thames.

“At this moment in time, police are treating this case as a ‘missing persons’ incident.

“This is obviously distressing news for (the boy’s) family, friends and the wider Ark Globe community.

“Our hopes and prayers are with the family at this very difficult time.”

Mr Jones added: “I want to reassure and remind you that everyone working in our academy knows the important role that they play in keeping children safe,

“Ark Globe staff are well trained to spot concerning signals from students and they know exactly how to escalate issues if external, professional support is needed.”

The principal acknowledged that “this last year has been a very difficult time for many of our students and their families”, and urged parents to contact the school or NSPCC if their children need help.

In a statement, Mr Jones told the Mirror on Friday morning: “We can confirm that a student at Ark Globe Academy did not arrive to school on the morning Tuesday 20 April as expected.

“At this moment in time, there is a live police investigation in relation to the young person’s disappearance.

“The police are treating this case as a ‘missing persons’ incident.

“This is obviously distressing news for the young person’s family, friends, and the wider Ark Globe Community.

“As a school community, we are dealing with this sensitively so as not to compromise the integrity of the police investigation and we wish to respect the privacy of the family while the investigation is on-going.

“Our hopes and prayers are with the family at this very difficult time.”

A police spokesperson said: “City of London Police is leading an investigation into a missing person, working alongside our colleagues in the Metropolitan Police Service. ”

“We believe this is linked to an incident where a child fell into the Thames from Tower Bridge.

“Despite an intensive search by City of London Police, the police helicopter and marine units, this person has not yet been found.

A London Fire Brigade spokesman said crews were alerted just after 8.10am and they “carried out an extensive search”.