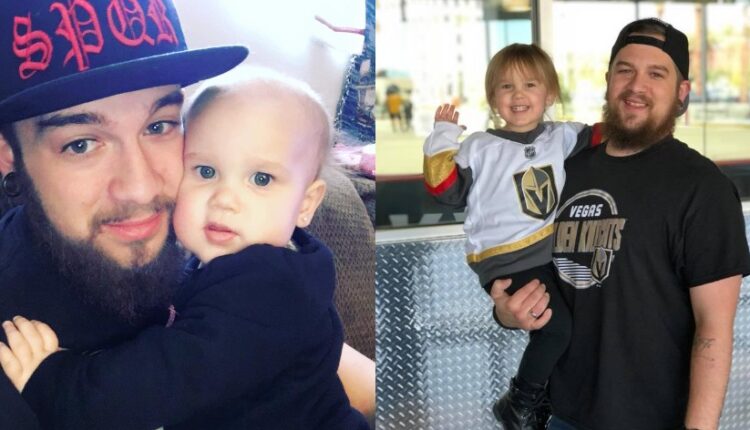 A dad went viral online after he shared an emotional story of his life as a single dad since his baby’s mother abandoned him and his baby girl. This story inspired more dads to take on the challenge of single parenthood.

In 2015, Las Vegas dad Richard Johnson experienced the happiest day of his life when welcoming his little girl named Persephone. However, a month later, his partner walked out of their lives for good.

Reality dawned on Richard Johnson when he found himself alone with the then-one-month-old born with two holes in her heart. He had no choice but to update his parenthood knowledge and fill the void in his little daughter’s life.

This dad spent hours scanning through online videos and resources about raising a child, doing tasks like braiding, and even earning how to deal with common parental issues. Eventually, the man stumbled upon the Facebook group Life of Dad, where he got to connect with other dads who go through similar issues.

After reading their stories and how they overcame certain challenges, Johnson was given the boost he needed to keep riding on as a father. Before long, he got the hang of fatherhood, thanks to the shared experiences of other helpful dads on this platform.

Once he was able to set his life back on track, Johnson did not hesitate to give back to the community for saving him at his lowest point.

In November 2015, Richard Johnson shared an emotional post on the Facebook group. He recounted his parenting journey and struggles as a single dad while he was appreciating the community for helping him and his daughter through a difficult time.

The then-21-year-old dad began by introducing himself and his daughter, and then explained how his baby’s mom left them for unknown reasons. He added that he suspected postpartum depression played a part.

Johnson went on to detail their journey in the last ten months, including how the Life of Dad group came to the rescue. He wrote:
“I always looked forward to photo submission and reading the stories of some of the awesome dads out there in this community. You truly helped my daughter and me through a difficult time.”
The man of one admitted they remained happy together even as Persephone clocked ten months. Over time, his friends began turning to him to ask for parenting advice owing to the good job he did at raising his little girl alone.

It was all thanks to the Life of Dad Facebook group and the anchor of the group was only glad they could be of help to the single dad, saying:
“Wow, Richard. This is such a great message to receive. We’re so glad we were able to play even a small role in helping you with the beginnings of parenting.”

In the years that followed, the single dad shared photos of Persephone in her different growing phases, crossing important milestones and bonding with him.

Richard also shared updates on her health, including her successful surgery to fix the holes in her heart. In 2017, he announced he found his daughter a new mom. She also loved the little girl as much as he did.

A year later, Richard revealed his family was taking a break from the platform and would no longer share updates about their lives.

The dad also thanked fans for following him and his daughter Persephone through the years with their kind words and show of support. He also urged everyone to keep writing their own stories.