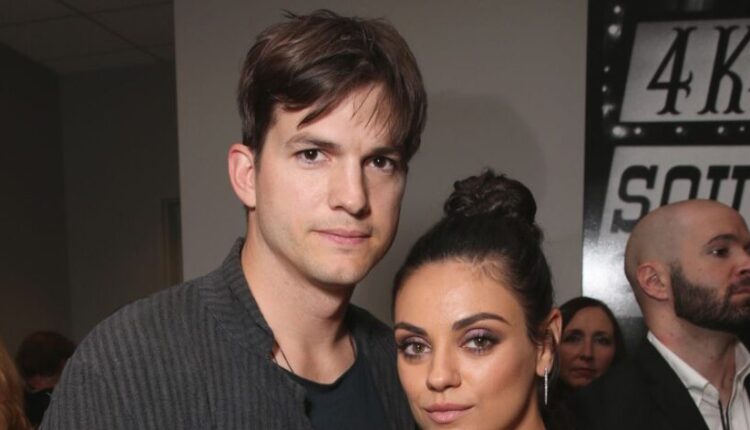 Ashton Kutcher and Mila Kunis have shocked fans after sharing how little they bath their two children.

The Hollywood couple, who have been married since 2015, are parents to daughter Wyatt, six, and son Dimitri, four.

In a podcast episode with Dax Shepard, which turned to the conversation of bathing, the actors revealed they only wash their children ‘when you can see the dirt on them.’

The pair also said that they also rarely use soap because they don’t want their kids’ delicate skin to become dry.

Surprised by their responses, Dax asked: “Who taught you to not wash?”

Mila responded: “I didn’t have hot water growing up as a child so I didn’t shower very much anyway.”

And it seems the parents have continued to have the same approach with their children.

“I wasn’t that parent that bathed my newborns, ever,” added the mum, 37.

Ashton, 43, added that they will only wash their kids if they can physically see the muck on them.

“If you can see the dirt on them, clean them,” he said. “Otherwise there’s no point.”

They have been married for six years

He then spoke about his own routine, saying that he washes his “armpits and my crotch daily and nothing else ever”.

Meanwhile, his wife said she washes her face twice a day.

They got engaged in February 2014, and in May of that same year they announced they were expecting their first child, their daughter Wyatt, who arrived that September.

The two got married in July 2015 and a year-and-a-half later in November 2016, the couple welcomed their second child, a boy named Dimitri.

These days the couple are private when it comes to their relationship. Mila doesn’t use Instagram, and Ashton rarely posts photos of his private life, although he is prone to the odd loved up selfie.

The last time Ashton posted about his relationship with Mila was during the first lockdown, when the couple appeared on The Tonight Show with Jimmy Fallon.

Having married on the 4th of July, the couple join other couples including Victoria and David Beckham, Julia Roberts and Danny Moder and Ozzy and Sharon Osbourne, all of whom exploited the opportunity to tie the knot on American Independence Day.