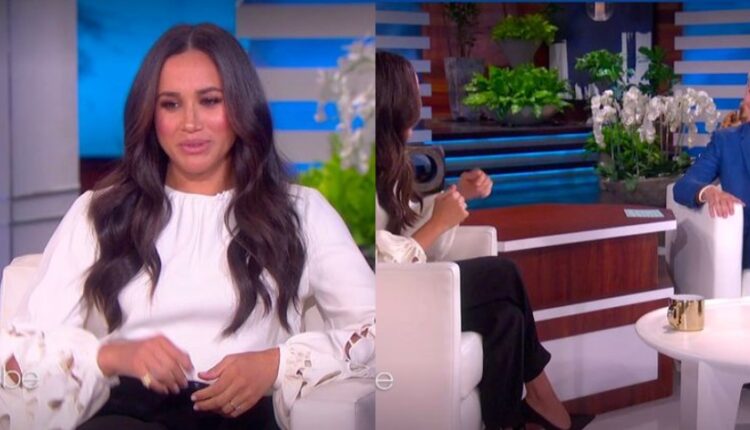 Meghan Markle is set to give another bombshell interview on The Ellen Show tomorrow after a teaser clip of her chat has been released.

Talk show host Ellen DeGeneres confirmed Meghan would be appearing on her show on her official Twitter account.

Tweeting a teaser clip of the interview, Ellen wrote: “A lot has changed since the last time Meghan, The Duchess of Sussex, was on the Warner Brothers lot. Don’t miss the rest of our interview tomorrow.”

In the preview clip, Meghan recalls visiting the set, where the Ellen Show is filmed, to audition for roles during her acting career.

Meghan Markle is set to appear on The Ellen Show

She speaks about the Ford Explorer she used to drive, which had a key that often stopped working meaning she had to climb into the car through the boot.

Meghan also jokes how when she was an actress, the security guards at the film set would tell her “break a leg” as she turned up for auditions, and adds: “The drive in today was very different.”

In the clip Meghan wears black trousers with matching heels and a white shirt with cut out detailing on the sleeves for the interview. 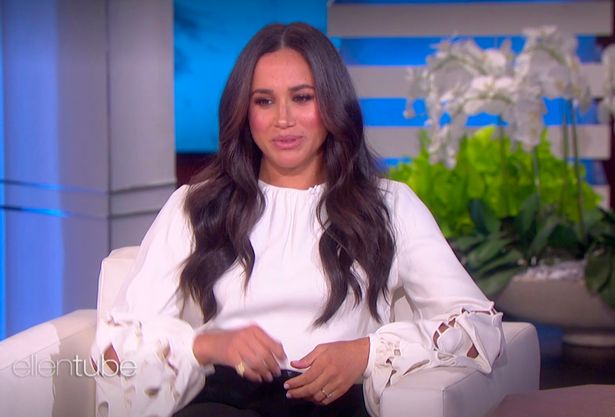 It is her second big sit-down chat since quitting the royal family with Prince Harry last year following their tell-all chat with Oprah Winfrey in March.

TV host Ellen is known to be a friend of Harry and Meghan’s and visited them shortly after the birth of their son Archie.

Recently, she leapt to their defence on her talk show, saying it was “not fair” seeing them “get attacked”.

She said: “They are two of the most down-to-earth compassionate people, they’re doing so much good for the world.”

Ellen and Meghan struck up a friendship in 2012 after an encounter at a pet shelter, which ended with Meghan taking home Bogart, a Labrador-shepherd mix. 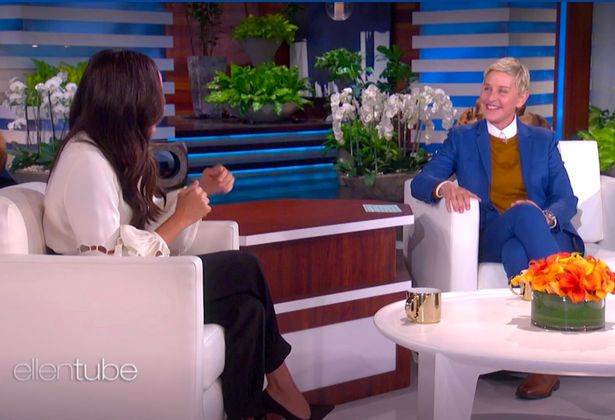 Meghan recalled the encouter in an interview in Best Health in 2017, when she said: “Now, I don’t know her, but Ellen goes ‘Is that your dog?’

“It’s sort of like if Oprah tells you to do something. I’m sitting there holding him and she’s like ‘Have you thought of a name for him yet?’ And I said, ‘Well, I think I’d name him Bogart,’ and she’s like ‘You’re taking the dog home.’

“And she walks outside to get into her car but instead of getting in she turns around and comes and taps on the window glass and she yells ‘Take the dog!’ And so I brought him home. Because Ellen told me to.”