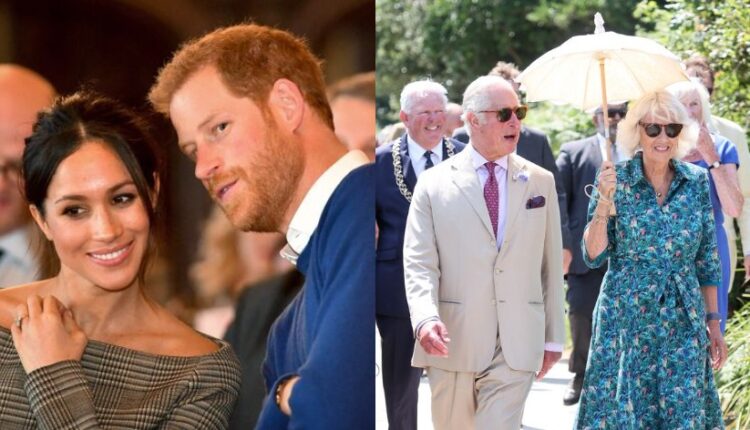 Prince Charles is growing “concerned over Harry’s chosen path” after his youngest son announced he has been secretly working on his memoirs, sources have revealed.

The Prince of Wales believes his son is at a “crossroads” as he embarks on life outside the royal family amid a potentially explosive book set to reveal intimate details of his experience of royal life, insiders have said.

Friends of the future King believe his youngest son seems “bizarrely hellbent” on trashing his father’s reputation, which they say Charles has worked hard to restore over two decades following his spectacular fallout and subsequent divorce from Princess Diana.

One royal source said: “Sure, Charles can certainly be accused of being somewhat old school in his emotions at times, but he loves both his sons dearly and has done the very best for them throughout their lives.

What do you think about the new book? Join the discussion in the comment section

“It would be correct to say he is concerned over Harry’s chosen path and does feel the constant attacks on his parenting style and other hurtful comments of members of the family are completely unjust.

“He would never want to push Harry further away than he already is doing already but it’s a difficult situation.”

Harry revealed this week that he has been secretly working on his as yet untitled memoirs with Pulitzer-winning ghostwriter J. R. Moehringer for a year, with a release date of late 2022.

The timing of the release has caused further alarm among Palace staff that the book, which he claims will be an “accurate and wholly truthful”

first-hand account of his life, could overshadow celebrations for the Queen’s Platinum Jubilee celebrations next year.

Her Majesty will mark a record breaking 70 years on the throne next year, with four days of summer celebrations planned and an extra bank holiday in June.

In a statement Harry said: “I’m writing this not as the prince I was born but as the man I have become.”

Another source questioned Harry’s motives, suggesting: “Is it his intention to ruin his father’s reputation as he prepares to be King?

“After all he has done for him it seems he is bizarrely hellbent on doing so which is incredibly sad.”

Harry has in the last few months taken part in a tell-all two hour television special with Oprah Winfrey as well as a candid chat on board an LA open top bus with James Corden where he spoke about leaving the royal family.

In another documentary with the US chat show queen titled ‘The Me You Can See’ Harry slammed his upbringing at the hands of his father.

The royals will be bracing themselves that Harry, 36, could go into further detail about claims one of his family members made alleged racist comments about how “dark” his children would be with Meghan, as well lifting further his deep rift with brother William.

Senior palace aides today insisted Charles was “getting on with the job” as he and wife Camilla met adorable schoolchildren on the Isles of Scilly.

Charles looked as though he didn’t have a care in the world as he chatted to youngsters at the Five Islands Academy School, about the perils of slugs and snails as they proudly showed him their vegetable plot.

The lifelong environmentalist, who this year marked 50 years of campaigning on green issues, delighted in discussing the different methods of recycling with another group of children.

The royal couple were told how the school is going green and growing its own food and vegetables and honey from bee hives.

In the allotment, Charles said: “It is quite useful isn’t it, to grow vegetables.”

Leaning in to speak to the children, he said: “Have you all got a garden and berries and strawberries.”

Charles and Camilla were surrounded by tourists on Porthcressa beach.

One asked if the prince was going swimming.

Together with wife Camilla, the Prince will conclude a three day visit of Devon and Cornwall, where they have been meeting locals and boosting the staycation tourist trade.