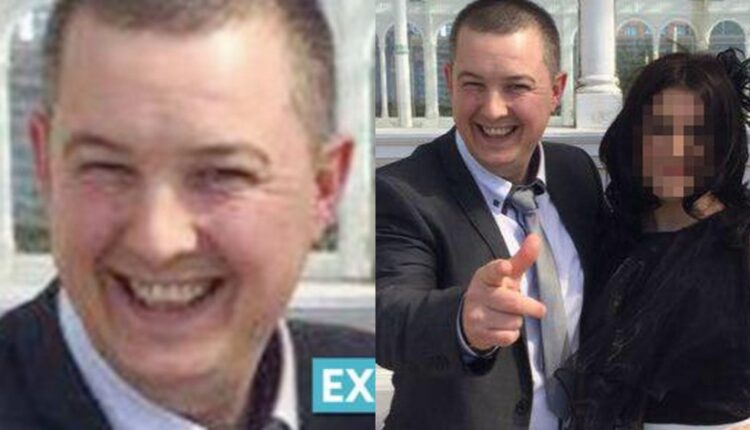 The cabbie who survived the Liverpool bomb attack told rescuers: “Someone has blown me up.”

He said: “I just grabbed him and tried to get him to safety.”

Brave security guard Darren desperately tried to find out if there was anyone else who could be saved as he helped David, the taxi driver whose cab exploded at a Liverpool hospital.

Reliving the horror of the Remembrance Day bomb blast, Mr Knowles, 50, told how the driver stumbled from his taxi, blood pouring from his ear and neck, screaming, “I want my wife”.

Darren said: “David was just so disorientated and confused.

David, 45, got out of the burning car seconds after Iraqi-born terrorist Emad Al Swealmeen, 32, who adopted the name Enzo Almeni after converting to Christianity, had set off his home-made device.

Darren was on duty at the Liverpool Women’s Hospital when the bomber struck at 10.59am on Sunday and was standing by his own car, parked yards from the main entrance.

He said: “It all happened in a flash. I was just pumping my tyre up on my car. I saw the taxi pull up as they do.

“I heard a loud bang and thought it was mechanical failure in the taxi. I thought the engine had caught fire.

“But then I saw the taxi driver run out. He was panicking and screaming, ‘Someone has blown me up’.”

Darren said blood was pumping out of David’s left ear and from a shrapnel injury in the back of his neck.

He said: “I grabbed him and tried to get him to safety as quickly as possible because I had a feeling something else was going to go off.

“My first priority was stopping the taxi driver going back to the car, because he had his phone and other things in it and he wanted to get them out. I took him to the nearest nurse to get medical attention.

“I did not think about myself I was thinking of getting the taxi driver to safety before anything else went up.

“He was screaming, panicking. We were just saying, ‘Calm down, let’s just see to you’.

“I handed him over to a nurse. He went into the staff entrance and sat down there and that was the last I saw of him.”

Darren, who works as an agency security guard, said: “He was just in a state of shock. God bless the guy. I wish him a speedy recovery.”

Darren, who lives with his partner and two of their three children, said: “Everyone is calling me a hero but I was just doing my job.”

He said he immediately thought the explosion was a terror attack, but “couldn’t say the words because we did not want to scare people”.

He said he was “quite calm” at first but 30 minutes later the reality of what had happened hit. He said: “My hands were shaking when I realised how close I was to being blown up. But you don’t think, you just do.”

Despite the blast, he carried on his shift on Sunday, finishing at midnight and was back in work the following morning for a shift at another site. And he was due back at the hospital last night for a night shift. He said: “At the end of the day I prefer to be busy than just dwelling on things.”

A GoFundMe page has been set up for Darren and three other men who tried to help, Liam Spencer, Richie Kawar and Will Cowan.

A friend of dad-of-two Mr Kawar, who turned a fire extinguisher on the taxi, said: “A member of the public shouted, ‘There’s someone in the back of the taxi’. Rich thought because it was outside the women’s hospital, it must be a pregnant woman or a child.

“He said it was too hot to get close and he could hear pops and bangs but still used an extinguisher to try to put it out.”

Caroline Hewitt, who set up the fundraising page, wrote: “These men Darren Knowles, Liam Spencer, Richie Kawar and Will Cowan, all risked their lives on Sunday. I have set up a gofundme page to raise money to be shared out among all four to give them for their bravery.”

A source said: “There was nothing left of the car. The hospital was even damaged. They found quite serious damage, windows missing, windows cracked.”