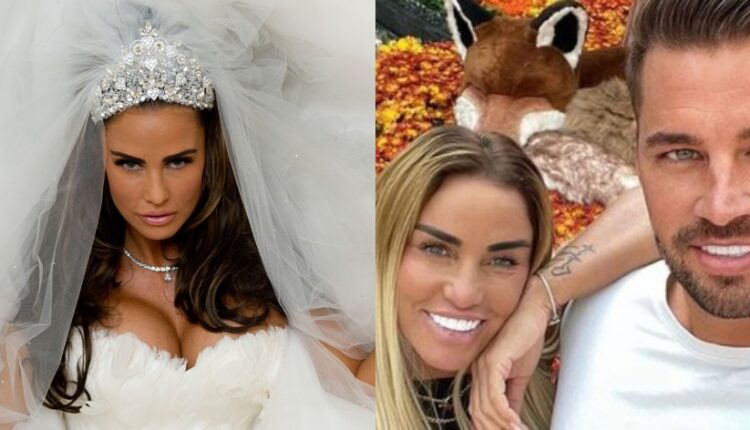 Katie Price and Carl Woods are not getting married in Las Vegas – despite obtaining a wedding licence there.

This week, the pair have been avidly updating social media fans with their antics across the pond – including wild nights out, sightseeing trips and indulging in American treats.

And during their getaway, it came to light that the ex Page 3 model and former Love Island star visited the Regional Justice Center in Downtown Las Vegas to pick up a licence to tie the knot in Sin City.

Yesterday, Katie even took to her stories to upload footage from inside a chape l and told that she was getting her hair and make-up done.

As she showed off inside the wedding venue, she teased fans that her nuptials were coming up by penning: “Done and dusted with all this” she also added a stinging out tongue emoji. 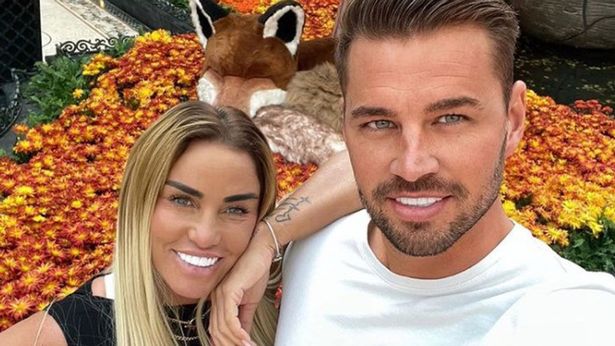 Also over the past few days, Katie has been snapped visiting a bridal dress shop and she was also seen at the airport pulling along a suitcase emblazoned with: “Katie Woods.”

Then on Monday night, Carl took to social media to claim that he and Katie “never” planned on getting married in Vegas, which has led to fans questioning why they staged the big day – and if it was due to Katie getting cold feet.

Katie Price and Carl Woods are in Las Vegas

He wrote on his Instagram Stories: “I can confirm that @KatiePrice and I are not getting married in Vegas and never was [sic].

One fun fumed on Instagram: “What do u expect people to think if u get a marriage license? Of course the press and others will assume your getting married .”

Another added on Twitter : “I’ve always been a Katie Price fan BUT the family asked for privacy then they’re staging a wedding in Vegas for attention? What’s going on.. her explanation to her actions never happened.. her life is becoming circus and it seems extremely frightening to watch with kids involved.”

A third joined in: “Seriously now Katie Price is saying she isn’t getting married and it was a joke does this woman have no shame, she is due to be sentenced next month and this is her priority fooling the press!!”

Last night, Carl told that they did not plan to tie the knot (

Katie, who is also mum to Harvey, will be taking Carl’s surname – something she has never done before.

Referring to some of her exes, Katie declared to the Mirror last year: “I’m happy, I’ve moved on, there’s loads of Mr Price wannabes out there but the truth of it is, I’m not even going to be a Price, I’m going to be a Woods.

“And I’ve never ever changed my name or my surname for a reason, because there’s obviously been something.

Carl suggested that the trip was a prank

“I’ve never bought a house with anyone, a car, but with Carl, I’ve moved into his house and I would buy a house with him, I’d do anything with him and I’d change my surname to Woods – I’ve never done that.