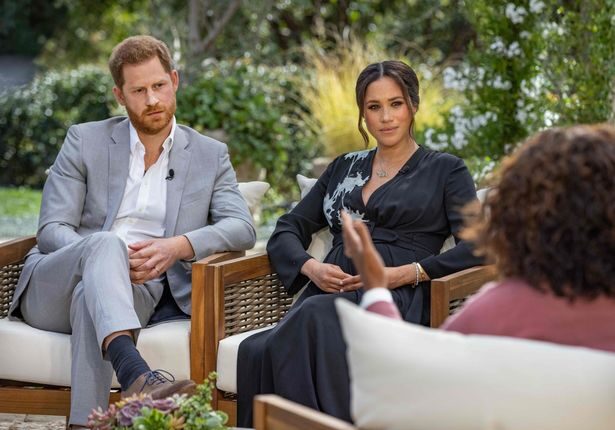 Kate Middleton’s uncle has branded Prince Harry and Meghan Markle “muppets” and said he did not “believe a word” of their Oprah interview.

Gary Goldsmith, the younger brother of the Duchess of Cambridge’s mum Carole, said the bombshell chat last month made him “livid”.

The uncle defended his niece over claims that she made Meghan cry in the run-up to her wedding with Prince Harry.

Referring to the Duchess of Cambridge as “our Kate”, Mr Goldsmith told the Daily Mail : “There is no way the Kate I know would do that. I just don’t believe a word of it.”

Mr Goldsmith added he felt like the interview was a betrayal of the Royal Family’s trust.

He said: “I was angry at them over there [in California] slagging off our Royal Family.

“There was no reason for them to betray the family trust in the way they did.”

However, Kate’s uncle said seeing Harry at Prince Philip’s funeral made him sad as the Duke of Sussex “looked lost”.

During the interview with the Daily Mail, Mr Goldsmith talked about the “happy days” when Harry, William and Kate were united.

He also said Kate should be the next Queen as she was “born ready” for the monarchy.

A royal biographer claimed that Harry and William “drifted to each other like the old days” during their grandfather’s funeral last week as they reunited for the first time in a year.

After the funeral, the brothers chatted with Kate, who was dubbed a “peacemaker” for slipping away and giving the pair time to talk alone.

Royal biographer Robert Lacey said: “What pleased me afterward was that it all seemed so totally natural, and they drifted to each other like the old days.”

Reports have suggested there is still a “long way to go” towards healing the rift that widened following the interview with Oprah Winfrey.

A source told Harper’s Bazaar: “(Harry’s) trip was to honour the life of his grandfather and support his grandmother and relatives.

“It was very much a family-focused period of time. Saturday broke the ice for future conversations but outstanding issues have not been addressed at any great length.”