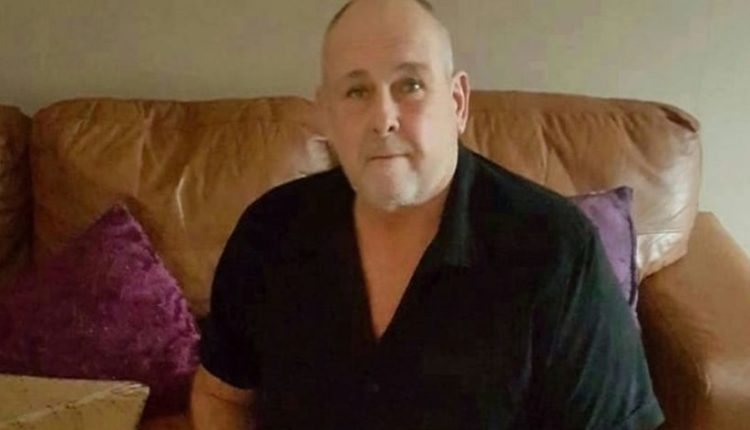 A friend of tragic Steve Dymond told how he was certain he would be cleared of cheating claims by appearing on Jeremy Kyle.

But he failed a lie detector test during the show and the pal fears he killed himself as a result. He was found dead at home days later.

ITV axed the programme indefinitely, meaning the episode with Steve defending ­accusations he was unfaithful to fiancee Jane Callaghan will not be aired. Friend Michael Bradley claimed Steve had told his landlady he was feeling suicidal after the show.

He said: “He told her, ‘I’ve had enough, I’m going to kill myself.’ He failed the lie detector test but was adamant he hadn’t done anything wrong, saying, ‘I’ll come up with flying colours, I’ve never cheated on her.’

“He got made out to be wrong but he wasn’t. Those lie detector tests aren’t 100%.

“Steve said he’d recently split with his fiancee but was getting ­reconciled. He contacted Jeremy Kyle himself to prove he was innocent. That’s how confident he was that he hadn’t done anything.”

Michael worked with Steve, who was in his 50s, on building sites in their home town of Gosport, Hants.

They were digger operators. The Jeremy Kyle show featuring Steve was filmed in Manchester on May 1. It is ­understood Jane also took part.

A year ago, the couple declared their love for each other in a series of posts.

On one picture of Steve, Jane wrote: “I’m very lucky to have found a man like you. We will grow old together.” He posted: “I love you so much.”

But days before the show was filmed, Jane shared posts about infidelity. One said: “Cheating doesn’t start with sex, it starts with sneaky conversations.”

Michael claimed the Kyle show failed to give Steve proper “after care”. But ITV insiders insisted the series has a “very robust” duty-of-care process, despite Steve’s death being the second.

Last year, Mark Sinclair, 46 – who had post-traumatic stress disorder – died of a drug overdose three months after appearing on the show to be reunited with his daughter, who he had not seen for eight years. In, 2007 a Manchester judge described the daytime show as “a human form of bear-baiting” after a husband butted his wife on stage.

ITV said of Steve: “Everyone is shocked and saddened at the news of the death of a participant in the show.

“ITV will not screen the episode in which they featured. ITV has also decided to suspend both filming and broadcasting of The Jeremy Kyle Show with immediate effect in order to give it time to conduct a review of this.”