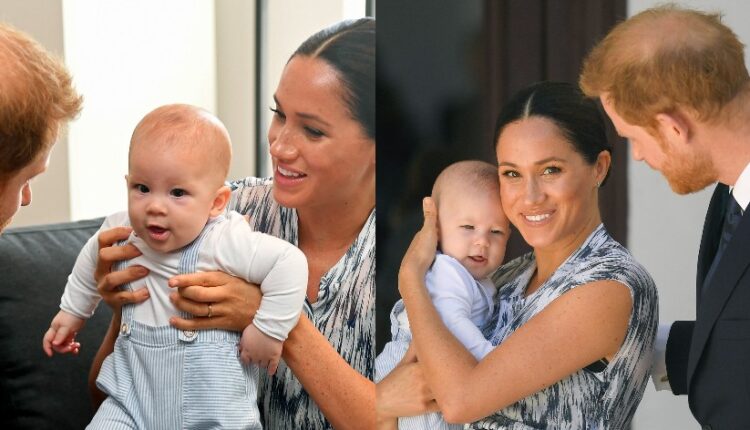 Prince Harry and Meghan have issued a legal warning over a claim published by the BBC that the Queen was “never asked” by the couple about naming their daughter Lilibet.

The Mirror exclusively revealed on Monday how Harry did not seek formal permission from his grandmother to name his child, but did tell her privately of his desire years before he met Meghan and had children.

The BBC quoted a palace source as saying the monarch was “never asked” by the Duke and Duchess of Sussex ahead of the birth of their daughter Lilibet ‘Lili’ Diana on Friday.

However, within an hour of the national broadcaster publishing the story on its website on Wednesday a spokesperson for the Sussexes insisted they would not have used the name had the Queen not been supportive.

They said the monarch was the first family member the duke had called.

The spokesperson said: “The duke spoke with his family in advance of the announcement – in fact his grandmother was the first family member he called.

“During that conversation, he shared their hope of naming their daughter Lilibet in her honour. Had she not been supportive, they would not have used the name.”

The Mirror understands the Queen was indeed “never asked” formally, but is supportive of the couple’s choice of name.

As sixth in line to the throne, Harry would not be expected to seek formal permission over his children’s names.

Prince Charles beamed during a visit to a Mini factory in Oxford on Tuesday as he welcomed the “happy news” of his fifth grandchild.

The monarch, who has several grandchildren and great grandchildren who carry her name Elizabeth as their middle names – including William and Kate’s daughter Charlotte who has the middle names Elizabeth Diana – is said to have thought the tribute to both her and Harry’s mother was a “lovely idea”.

The name “Lilibet” is heavy with personal history for Her Majesty.

It was an affectionate nickname given by her grandfather George V, after she had trouble pronouncing Elizabeth as a child.

A royal source said: “Harry has always enjoyed a wonderful bond with his grandmother, which makes it all the more bizarre that he has gone out of his way to threaten the relationship over the last couple of years.

“They have been incredibly close and as you would imagine have shared some very deep and personal conversations as Harry was growing up, which carried on really until very recently.

“Harry has never made a secret of his wish to have a family of his own, often talking about how it would be great to have a boy and a girl, that he could name after the two most important women in his life, the Queen and his mother.

“He had toyed with the idea of giving a future daughter his mother’s name, but was wary of the attention it would no doubt bring to the little girl.

“In the end, he mentioned Lilibet to Meghan, when discussing potential names for their children and she loved the idea.

“It’s a fitting tribute to the Queen and something many people will hope brings the family closer together.”

Harry and Meghan’s relationship with the Queen and the rest of the royal family has been strained in recent months after the couple granted an interview to US chat show host Oprah Winfrey.

The Sussexes who now live in an £11million mansion in Montecito, California, accused an unnamed member of the family of questioning how “dark” their unborn children would be, as well as abandoning Meghan when she was feeling suicidal when pregnant with Archie.

Lilibet is the Queen’s 11th great-grandchild and younger sister to Harry and Meghan’s firstborn, Archie, who is now two years old.

Her middle name, Diana, is a tribute to Prince Harry’s late mother.

Both mother and baby are said to be doing “very well”.