Elvis was a paedo who preyed on teens and underage lovers, bombshell book claims - Daily Net 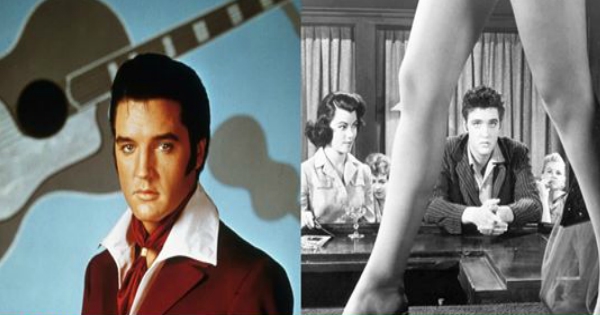 Elvis was a paedo who preyed on teens and underage lovers, bombshell book claims

ELVIS Presley was a paedophile who preyed on 14-year-old girls and had a secret string of underage lovers, a bombshell book has sensationally claimed.

In Elvis Presley: A Southern Life, author Joel Williamson writes about the king of rock and his life of preying on underage girls on the road.

According to the book, while touring aged 22 Presley reportedly befriended and preyed on a group of three 14-year-old girls who would pillow fight, tickle, wrestle and kiss him.

Williamson also claims that Presley once slept with a young fan and the condom broke during the act – he drove her to the hospital while obsessively calling the 15-year-old girlfriend he had at the time.

Vice reports that the 15-year-old girlfriend was Dixie Lock, one of the well-known loves of Elvis’ life, who he met when he was 19.

The king of rock and roll dated her from early 1953 until 1955 and took her to her junior prom.

The pair dated while he was serving in the military in Germany, then married in 1967 when Presley had returned to the US.

Elvis Presley’s late life and career were rocked by scandals and drug addiction.

He died in 1977 at the age of 42, while wearing gold silk pyjamas on a toilet at his Graceland estate.

Williamson’s book Elvis Presley: A Southern Life was published in 2014.

A noted American historian, Williamson has written about race relations and biographies of other celebrities such as the writer William Faulkner.