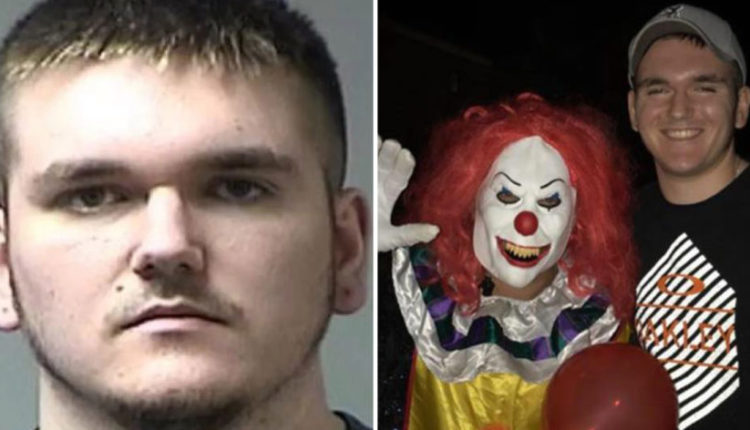 A “CAT-TORTURER” adopted kittens from Craigslist then took them home and killed them, prosecutors say.

Kaine Louzader, 20, reportedly abused at least 12 animals before stomping them to death and cutting off their heads and limbs.

He is also said to have drowned some of the vulnerable felines.

Louzader, of St Charles County in Missouri, was arrested after dead cats were found near his grandparents’ home, reports Fox News.

Authorities contacted Louzader after a man was spotted dumping a dead cat from a bag of water, according to an affidavit obtained by the St. Louis Post-Dispatch.

The car that man was driving matched the description of Louzader’s own vehicle, the newspaper claims.

When cops arrested him they noticed his arms, hands and fingers were covered with scratches.

Initially, he claimed an elderly woman at the hospital he worked at inflicted his injuries, but later admitted he’d been scratched by the last cat he’d tortured.

An affidavit filed in court by St. Charles County police said Louzader – who lives with his grandparents – admitted searching wanted ads on Craigslist for cats or kittens before taking the animals back to his home, where he strangled them in a bathtub or on a patio.

He also admitted killing some of the cats by stomping on their heads, according to the affidavit.

Louzader has so far been charged with two counts of felony animal abuse, and is likely to face further allegations.

Prosecutor Tim Lohmar  told KMOV: “We’ve had several incidents over the years people involved in violent crimes, lo and behold in their background some animal mutilation so it’s a scary situation.”