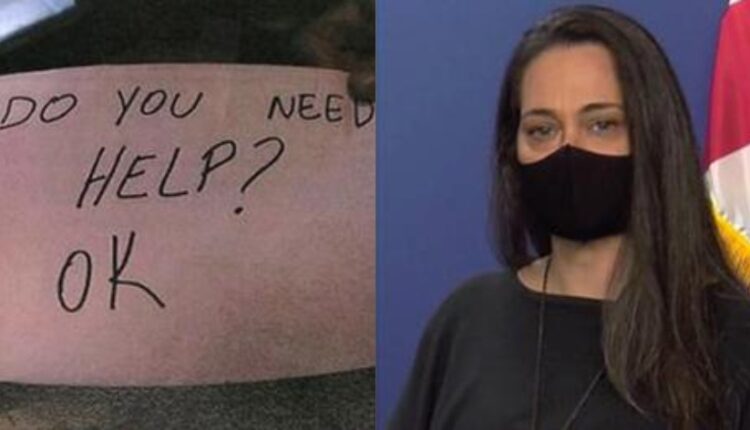 See something, say something. That’s the start of the caption the Orlando Police Department put on the Facebook post about a restaurant server who saved a boy’s life. Thanks to the brave actions of the employee, the heavily abused 11-year-old boy and his younger sister are now out of harm’s way. (1)

Server Saves Abused 11-Year-Old Boy
Flaviane Carvalho is a server and manager of Mr. Potato Restaurant in Orlando, Florida. She was having a reasonably normal shift on New Year’s Day, 2021, until not long before midnight, a young boy came to the restaurant with his parents and younger sister. The parents ordered food for themselves and the little girl, but none for him. This was the first thing that sparked her attention. She asked them if there was something wrong with the food, to which they responded that the little boy would be eating his dinner at home.

From there, Carvalho discreetly studied the boy’s appearance. He was very thin and had some scratches on his face. Then, she noticed the edges of some bruises peeking out from the collar and sleeves of his hoodie. Wearing a mask and long sleeves, most of it was hidden. Still, Carvalho felt in her gut that something wasn’t right. 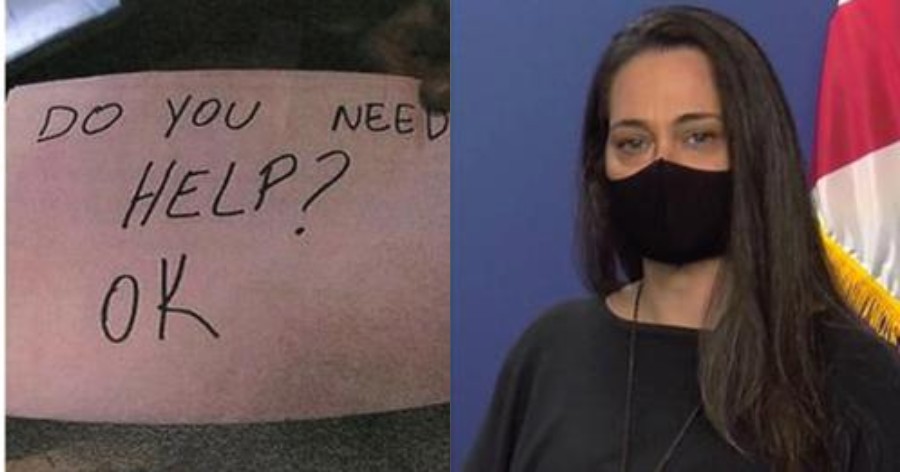 Server To The Rescue
She needed to find out if he was okay, but she knew she had to do it in a way that his parents wouldn’t notice. That’s when she decided to use signs to write him messages. On the first one, she wrote in all capitals “Are you okay?”. She held the sign up so the boy could see it, but so that it was out of his parent’s vantage point. To that sign, the boy nodded yes.

Knowing that this didn’t appear to be true, she held up a second sign. This one read “Do you need help?”. To this sign, the boy also nodded yes. Carvalho immediately went to the back and called the police. The Orlando Police arrived shortly after. They separated the children from their parents and took the boy aside to talk to him.

At first, the boy explained that the bruises were accidents. He said his facial bruises were because he fell out of bed. The ones on his arms were from wrestling with his stepfather. The police knew that likely this wasn’t true and that the boy needed medical attention. (2)

When doctors began examining him, the extent of his injuries were brought fully to light. Bruises and scratch marks covered the side of his face. His arms were so bruised that it hurt him to just roll up his sleeves. His eyelids and ears were battered, too. This boy was very clearly being heavily abused.

The Truth Comes Out
Orlando Police Department detective Erin Lawler said that abuse was a light word for what his stepfather was doing to him. In reality, torture describes it better. He was 20 pounds underweight because his parents were withholding food from him. His parents had been hanging him from his ankles and his neck in a doorway in their home. His stepfather beat him with his fists or with other items, such as a back scratcher and a broomstick. They had also handcuffed him to a large, moving dolly.

They used excessive exercise as punishment, forcing the boy to hold a plank for 30 minutes. When he couldn’t do it, they beat him. The boy told the police the abuse had started around Christmas time. Apparently “Santa” said he needed to be punished. His parents handcuffed him to the furniture and he had to figure out how to set his own self free.

The Charges
The night that Carvalho called the police, they charged the stepfather, Timothy Wilson II, on charges of child abuse and neglect. The mother was not necessarily an active participant in the abuse, but she told the police she knew about it and did nothing. They arrested her on January 6 for child neglect. The stepfather has since had further charges.