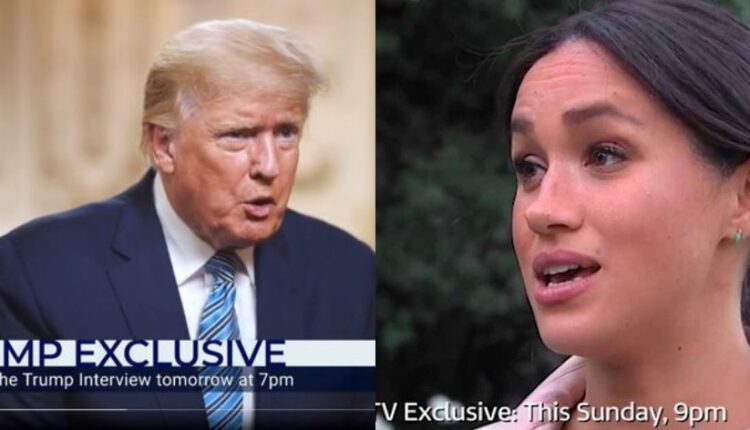 Donald Trump has claimed he didn’t like Meghan Markle “from day one” and predicted the demise of her relationship with Prince Harry.

In an interview with Nigel Farage, the former US President was quick to lay into the Duchess of Sussex.

“I am not a fan of hers, I wasn’t since day one,” he said during the GB News interview.

“Harry has been used horribly. Some day he will regret it.”

He added: “I think Harry has been used, and used terribly.”

Farage also asked Trump about the claims that Meghan has used her royal title when getting involved in US politics.

Trump said: “She is trying to do things that I think are very inappropriate.” 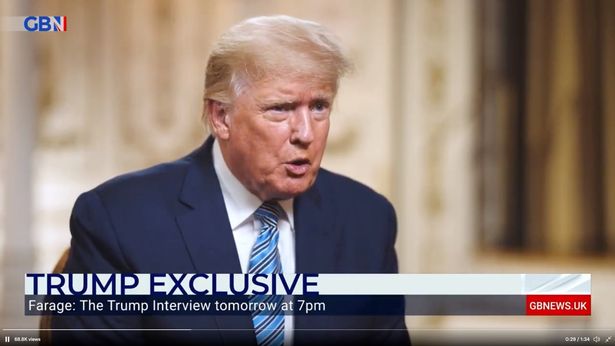 Trump started the interview by swerving around Farage’s first question – which suggested the former US President had been silenced by social media companies – to repeat his oft touted lie that the 2020 presidential election was rigged.

Farage picked up the baton, claiming “many Americans are concerned about election integrity” before implying UK general elections are undermined by postal voting.

There is no evidence supporting this claim, and multiple recounts have found Joe Biden won the 2020 election fair and square.

When asked about the January 6 insurrection, in which multiple people died including police officers, Trump called it a “protest”.

“I believe it was the biggest and most people I have ever spoken in front of,” he said.

Nigel Farage and Donald Trump sat down together 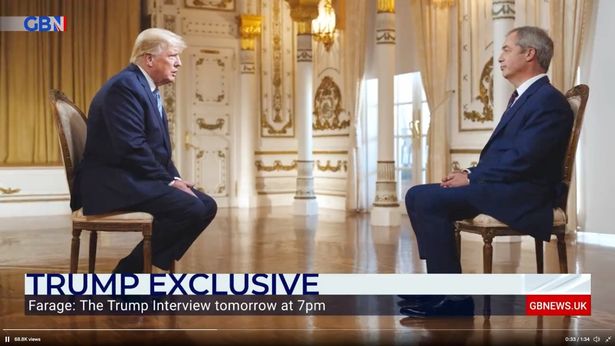 The businessman went on to suggest that his supporters crying on January 6 was evidence that the election had been stolen – as otherwise they would not have reacted so emotionally.

The former Brexit Party leader failed to push Trump on his false claims about the election.

Later in the interview an animated Farage smiled as Trump mentioned Winston Churchill’s bust, which was removed from the Oval Office by Barrack Obama.

The 45th President said he restored it to its position, calling him “very handsome”.

Farage failed to press Trump on his lies (

When asked about climate change, Trump said “wind is ridiculous” and said that turbines in Scotland were starting to rust.

“You fly over and say ‘what a shame, what have they done,” he said of his experience looking at wind turbines in the UK from a plane.

The former Republican leader targeted turbines off Aberdeen, describing them as “monsters” and “disgusting”.

When asked about the Queen, Trump said she is a “fantastic woman” and that they had an evening “the likes of which you rarely see” together.

On the topic of Prince Charles and whether the former president was bored when they met and spoke about the environment, as has been reported, Trump denied the claims. 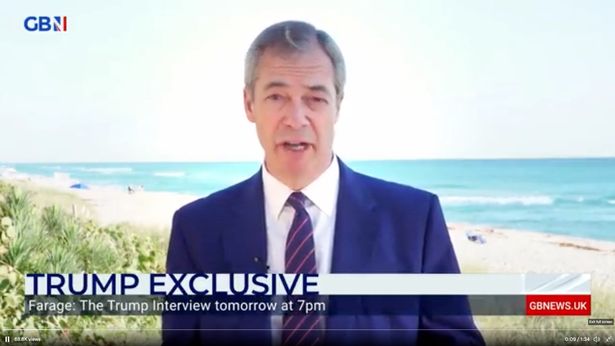 Despite not holding an elected seat, Farage was the first foreign politician Trump met following his election in 2016.

On November 12 that year a photo was posted to Twitter of the two right wingers standing in front of the golden door of Trump’s apartment.

Both sported gleeful grins on their faces.

“We were both roaring with laughter,” Farage told the New Yorker.

“We were two people who had been through quite an ordeal. But suddenly, you know, we’d won.”