Tearful Dad Selling Pens With Daughter on the Streets. Then a Single Picture Changes His Whole Life - Daily Net 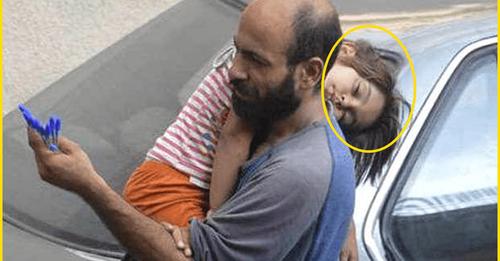 Tearful Dad Selling Pens With Daughter on the Streets. Then a Single Picture Changes His Whole Life

Tearful Dad Selling Pens With Daughter on the Streets. Then a Single Picture Changes His Whole Life 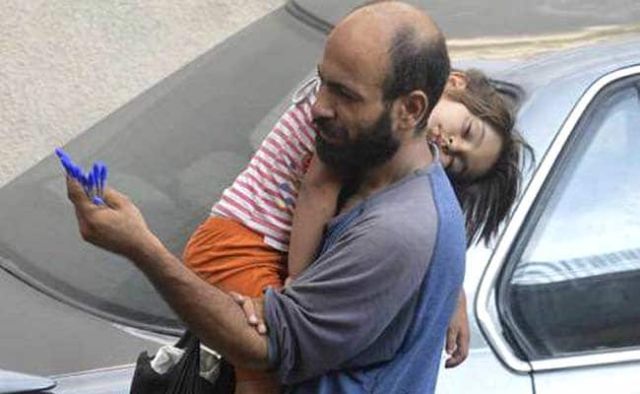 The life of a single father, who just three days ago was spotted selling pens in the streets of Beirut to feed his tired young daughter, has been forever changed thanks to a single photograph.

Abdul Halim Attar is a Palestinian-Syrian refugee living in Lebanon with his nine-year-old son Abdelillah and his four-year-old daughter Reem. 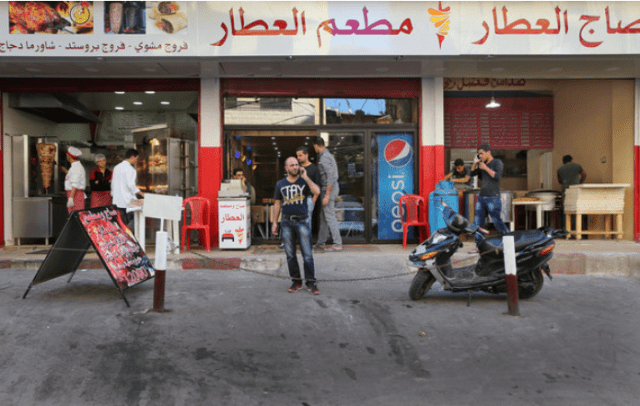 Attar sells blue-capped pens on the streets of Beirut to support his children, and it was while doing this very thing on Tuesday than an Icelandic web developer named Gissur Simonarson took pictures of him and tweeted them out to his followers.

The photograph of al-Attar carrying his sleeping daughter on his shoulder while trying to sell pens to passing motorists in the scorching heat went viral this past summer and touched people across the world.

That picture changed his life forever 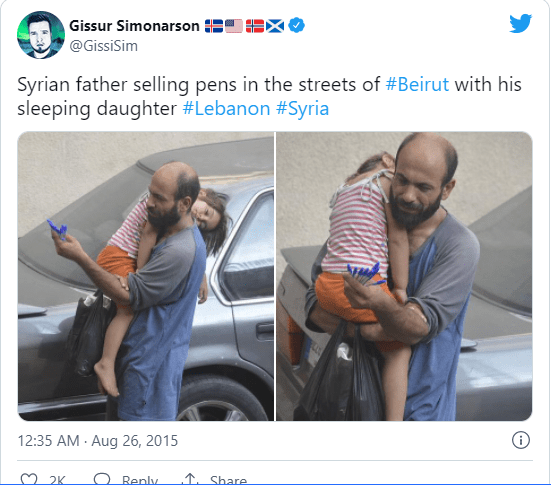 After the internet managed to track him down, an IndieGoGo campaign in his name raised an incredible $191,000

Al-Attar has only gotten 40% of the amount left after banking and processing fees — about $168,000 — so far, thanks to difficulties in transferring the funds to Lebanon. PayPal doesn’t operate in Lebanon, forcing a friend of the fundraising campaign to bring over withdrawn amounts from Dubai. But the amount he’s received has helped both him and other Syrian refugees. 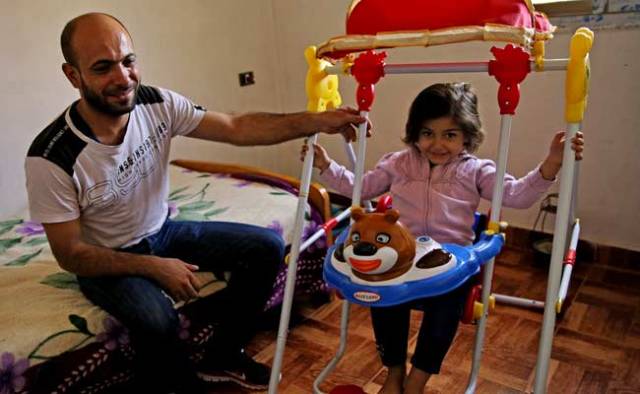 The 33-year-old father of two opened a bakery two months ago and has since added a kebab shop and a small restaurant to his business venture. He employs 16 Syrian refugees.

In addition to the food businesses, al-Attar moved his children from the one bedroom that they all shared to a two-bedroom apartment in an unfinished building overlooking the highway in southern Beirut. 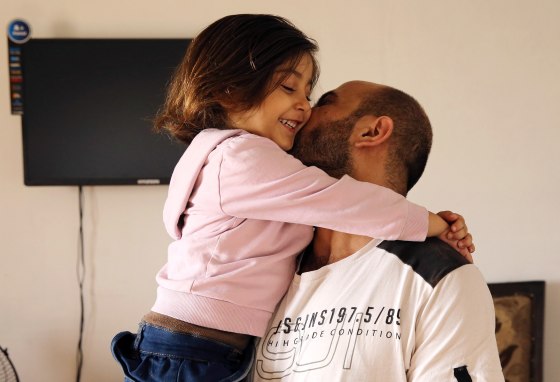 The apartment is noisy and sparse, but 4-year-old Reem, who was draped over her father’s shoulder in the viral photo, proudly displays her new toys: plastic kitchenware, a swing and a stuffed bear that seems to be her favorite. Her brother, 9-year-old Abdullelah, is back in school after three years of absence.

Al-Attar is also getting used to his newfound status. Once an anonymous street vendor, he now feels like a member of his community. Lebanese and Syrians alike are nicer to him.