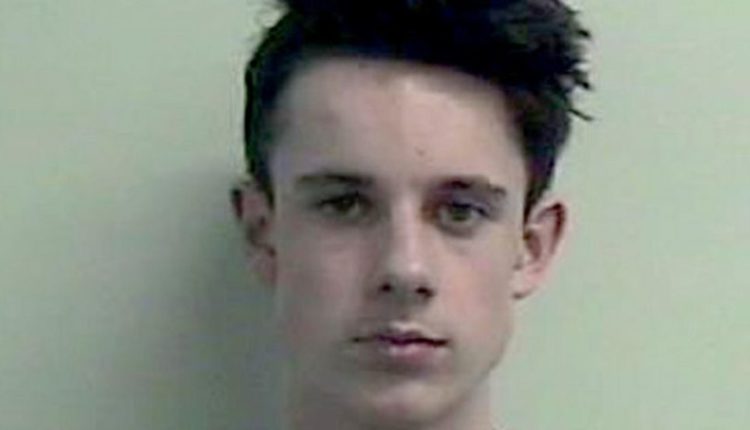 Alesha MacPhail’s murderer Aaron Campbell has been granted an appeal against his life sentence.

The 17-year-old launched a bid last month to have his 27-year minimum sentence reduced after being found guilty of abducting, raping and murdering the six-year-old, from Airdrie, on the Isle of Bute in Scotland last July.

During a nine-day trial in March, a court heard how Campbell kidnapped the sleeping youngster from her bed at knifepoint.

She was on holiday at a flat in Rothesay with her father and grandparents.

Campbell carried her half a mile to a woodland where he raped her and smothered to death.

One police officer giving evidence wept in the witness stand because of his memory of Alesha’s battered body.

The Scottish Courts and Tribunal Service confirmed Campbell’s appeal hearing will take place at the High Court in Edinburgh on August 7.

Campbell is currently serving his sentence at Polmont prison in Falkirk, Scotland.

He could not be identified during his trial at the High Court in Glasgow because of his age.

But, lifting the ban after the guilty verdict, Lord Matthews said: “I can’t think of a case in recent times that attracted such revulsion.”

According to reports, Campbell has been disowned by his sickened family since details of his crimes emerged.

Campbell’s dad Chris has reportedly shunned him since his arrest and mum Janette is said to be too scared to visit him behind bars.

The teen had denied murdering Alesha during his trial.

But after his conviction, he confessed, telling psychologists he thought about killing Alesha from the moment he saw her.

He brutally attacked the 3ft 9ins youngster, causing “catastrophic” injuries, before dumping her body in woodland on the island.

Alesha, a “smiley” little girl who was adored by her family, was later discovered face down and naked at the site by a member of the public.

During his trial, court heard she had 117 separate injuries.

Although he denied the charges, he was found guilty in February.

He had tried to frame Toni-Louise McLachlan, 18, who was Alesha’s dad Robert MacPhail’s partner at trial.

Judge Lord Matthews told the teenager he had committed some of the “wickedest, most evil crimes” Glasgow’s High Court had ever heard.

Speaking exclusively to the Daily Record last month, Alesha’s mum Georgina said she will fight to keep him behind bars for his whole life.

“Even the devil itself would be disgusted in what that thing has done,” the 24-year-old said. “We are dealing with the worst of the worst.

“What I look forward to now is the day I wake up and it’s all over the news that he’s dead and I hope he suffers more than Alesha did.”