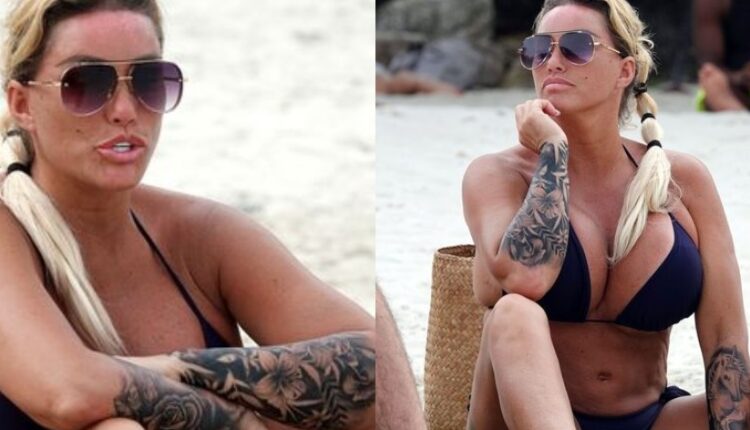 Katie Price has covered a tattoo tribute to her children and her fiancé with her huge new sleeve inking.

It was reported that the flower design – inspired by her mum Amy – covered up a heart tattoo Katie picked up while she was drunk in Miami.

But the new sleeve tattoo on her right arm also covers up tributes to her kids Harvey, 19, Junior, 16, Princess, 14, Jett, eight, and Bunny, seven, as well as her fiancé, former Love Island star Carl Woods.

Katie, 43, previously had a collection of inkings on her forearm that included her nickname for herself and Carl, “Priceywoods”, as well as a charm bracelet with the initial of each of her five children dangling from it. 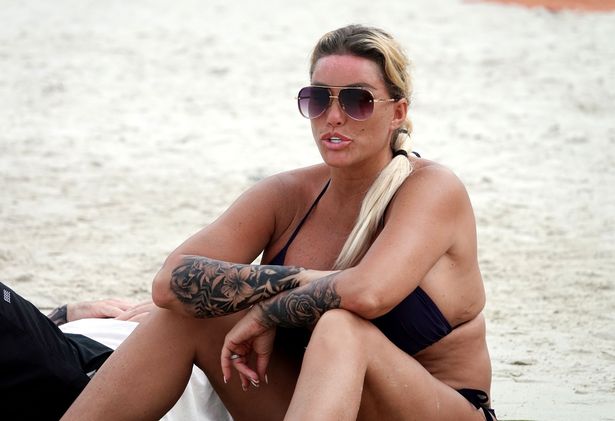 She also had her name and Carl’s dangling underneath it, designed to look like a bracelet.

But her tattoo makeover didn’t stop there – and she’s now had her other arm done too.

Her right arm is covered in an array of black and white lilies, daffodils and hyacinths, which pay homage to her mum, who has a terminal lung condition. 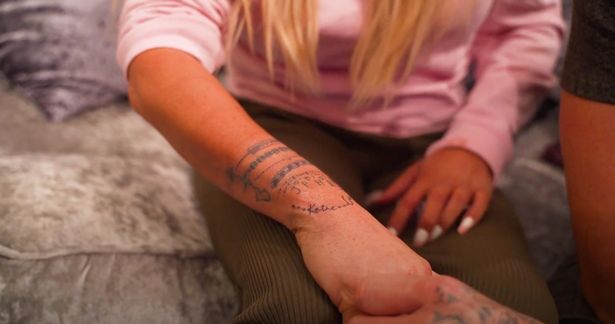 The Adventures Of Katie And Carl/Youtube)

The new tattoo on her left arm includes flowers around the back and a unicorn on her forearm, a possible tribute to her lifelong love of horses.

Katie showed off her impressive new collection of ink as she lounged on the beach with Carl during their Thailand getaway.

Of course, her new tattoos weren’t the only thing to draw the eye, with her biggest boob job ever getting plenty of attention in a tiny black string bikini.

She’s added a unicorn on her left arm 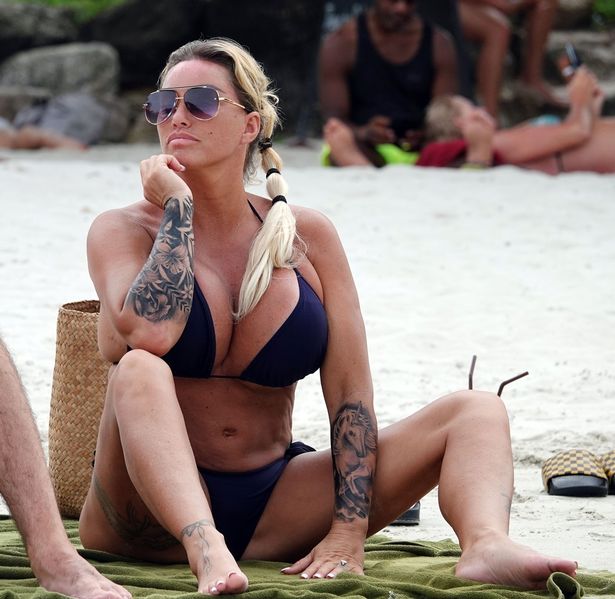 Her huge breasts – achieved with her 14th boob job – were barely contained within the triangles of material as she sat on top of a green towel on the white sand.

Katie hid her eyes beneath a pair of fancy sunglasses and kept her long blonde hair tied back as she battled the heat.

Katie admires her new ink while Carl sunbathes beside her 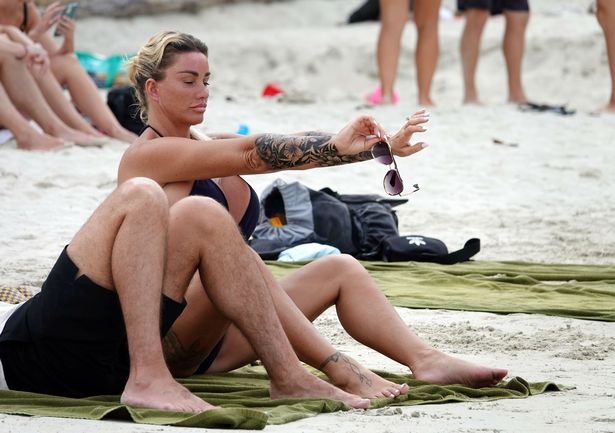 The make up-free star didn’t appear to have a care in the world as she lay back with Carl, who wore black swimming shorts and a white tank top for their trip to the beach.

In one snap, Katie was pictured stretching her arms out in front of her to admire her new tattoos and in another, she was seen straddling a motorbike as Carl and another man watched on.

It comes after Katie reportedly left her friends “appalled” by bringing back the massive boobs she had in her days as glamour model Jordan.

A source told New magazine: “Katie has taken her boobs back to Jordan days – she hopes she can recreate her fame from the attention her massive boobs get her.”

They added: “Friends are appalled that it keeps happening. It’s getting out of control. You’re meant to have six months between each surgery. She’s now had more than 15 various procedures in two years.”