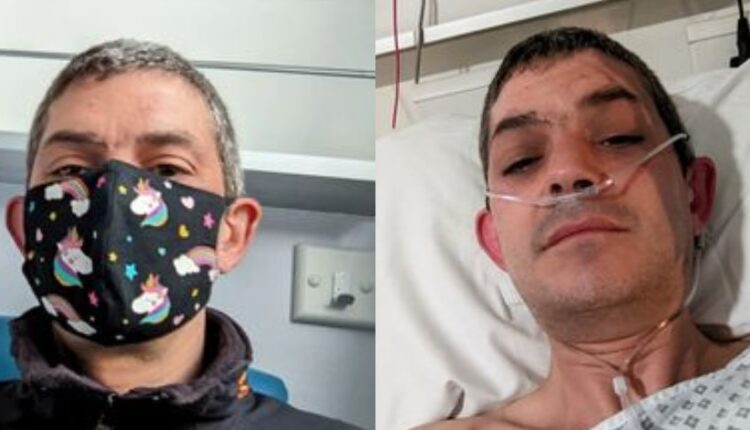 First Dates barman Merlin Griffiths has thanked the NHS for saving his life as he shared a startling photo of himself from a hospital bed.

The 46-year-old appeared tired as she posted a selfie on Twitter as he admitted suffering from “aches and pains” but that he had “no tumour.

Last year, he revealed that he had been diagnosed with bowel cancer and vowed that it wouldn’t “let it get the better of [him]”.

The dad of one was told by doctors he has a 75% chance of living beyond five years, after medics found a 4.5cm stage three tumour.

And on Thursday, Merlin prepared to get ready for surgery to remove the tumour as he wore a unicorn face mask.

Sharing the photo on Instagram, he wrote: “Ready as I’ll ever be. Tumour removal time. #bowelcancerawarenessmonth.” 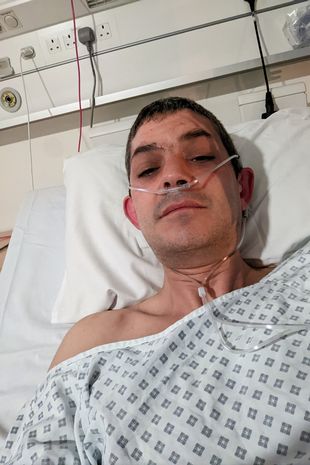 He was diagnosed with bowel cancer last year 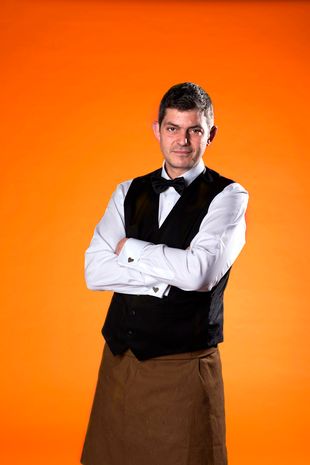 Taking to social media after the surgery early in the morning, Merlin wrote: “2am. Tubes outta everywhere. Aches and pains. But no tumour! #bowelcancerawarenessmonth.”

He added on Twitter: “Thank you # NHS for literally saving my life. #BowelCancerAwarenessMonth.”

Merlin revealed last month that he would be having a robotic op to remove the tumour.

The TV bartender, who owns a pub in Lancashire, wrote in March: “Operation scheduled. 3 weeks to get my s**t together. Robotic surgery, welcome to the future!”

Merlin was suffering with ‘aches and pains’ 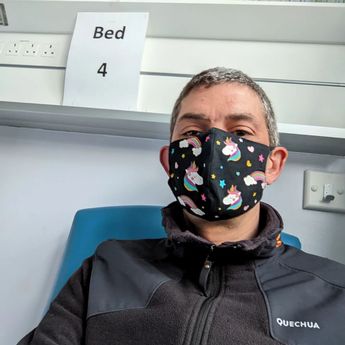 In robotic surgery, surgeons control the arms of a machine with four limbs which are holding surgical tools and a camera. The doctors view the operation through a magnified screen.

Merlin previously described the moment he had to explain his diagnosis to his seven-year-old daughter Alix.

“I said, ‘Yes, it’s very serious but I think it should be OK. Modern medicine’s great and if anything changes I’ll let you know.’

“She understands that people can die but I told her cancer comes in different varieties and in different ways too – and that many people come through it.”