Firefighter Delivering Baby Girl, Ends Up Adopting Her When Her Mother Couldn’t Keep Her - Daily Net 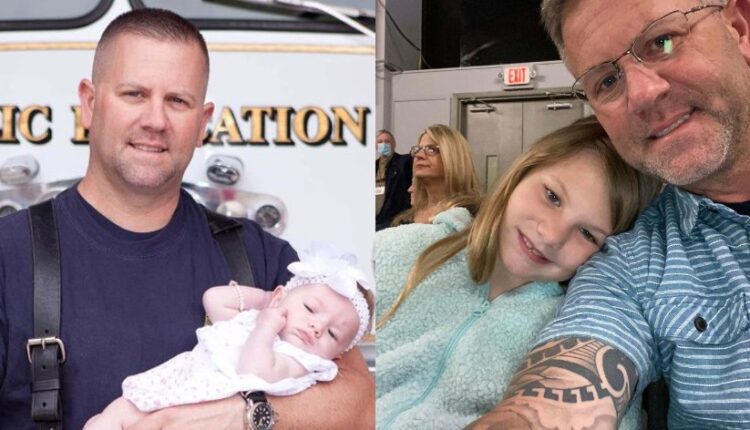 Firefighter Delivering Baby Girl, Ends Up Adopting Her When Her Mother Couldn’t Keep Her

His wife shared: “She is what we prayed for. It felt like winning the lottery,”. 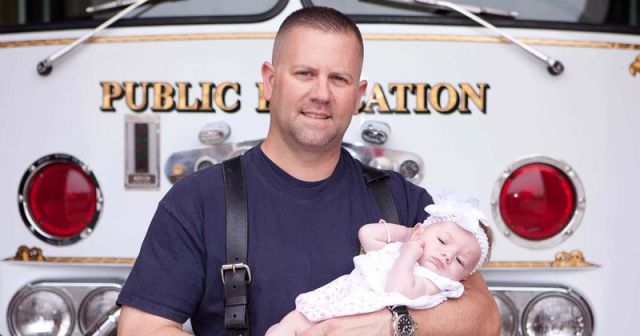 Marc Hadden, who is a firefighter, found himself delivering a baby for the very first time after a woman called 911, complaining of experiencing intense abdominal pain on November 14, 2011. He would have never imagined that barely 48 hours later he would be bringing home to the newborn as his own daughter.

The father recalled: “She struggled from the minute she was put in my hands,”. He had to administer emergency oxygen to help get the 6-lb. 2-oz. infant to breathe on her own. He added: “It was amazing to hear her cry,”. Marc and his wife, Beth, already had two young boys named Will and Parker and always wanted a third child, specifically a daughter. However, because of complications with their first two pregnancies, the couple were forced to take the long and expensive route of adoption. Reportedly, so hours later when the birth mother made it clear that she couldn’t look after her daughter, Marc was the first to raise his hand to take her in as his own. 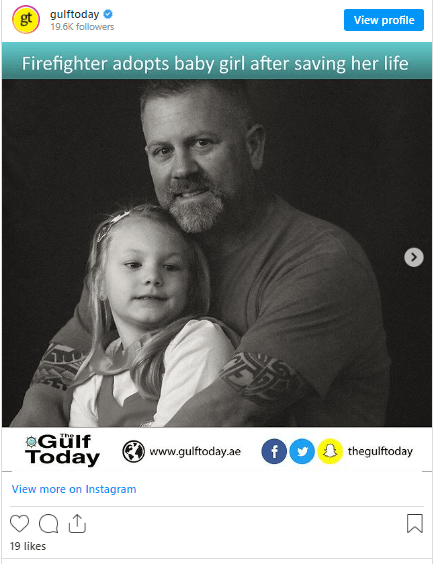 Marc’s wife recalled getting a phone call from him that day where he told her “I delivered a baby” to which she jokingly replied, “Can we keep her?”. After that, he told her that the baby might actually be going up for adoption. When she heard that the baby’s birth mother was a single mom already struggling to raise a teenage son, she decided to go and meet the woman. Beth said: “My heart just went out to this woman. I brought her a little prayer book and asked I could get anything for her,” . When the two women talked, the doctor let the mother know that they were ready to move forward with the adoption. Then the mother who shared her concerns with Beth, said: “I can’t give my baby to someone I’ve never met,”.

At that time, Beth realized that her prayers for having another child, specifically a daughter, had just been answered. She shared: “Suddenly the opportunity was there for me to say that Marc and I had been praying about adoption for years. And she looked over at me and said, ‘I want you to adopt my baby.’ She had the nurse bring her in and I was able to hold Gracie for the first time. I called Marc and said, ‘I think we just had a baby,”. By the end of that day, Beth and her husband signed temporary custody papers and just 48 hours after her birth, they had brought the little girl home. Beth explained: “She is what we prayed for. It felt like winning the lottery,”.

The baby girl, who was named Rebecca Grace, has since been an important part of their family. Beth and Marc made sure she remembers where she came from. Mark explained: “We told her pretty much from day one. I’ve taken her to the back of the ambulance where she was born, so she knows — no doubt about it,” He added that she even tells people how “my daddy delivered me in the back of an ambulance [and] helped me take my first breath.” The couple shared that they often pinch themselves over how lucky they are to have Grace in their lives. Mark said: “I’ve always wanted a daughter, and this is just amazing,” while Beth added, “Sometimes the best things in life happen in the blink of an eye — and you can’t let them pass you by,”.