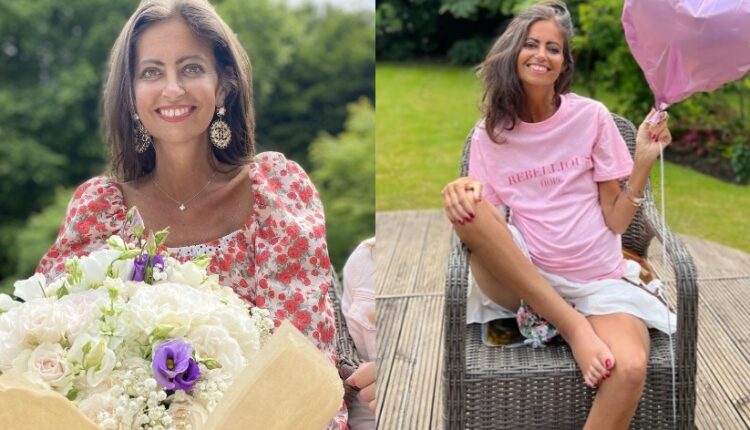 Podcaster and campaigner Dame Deborah James has tragically passed away at the age of 40, after losing her 5-year battle to bowel cancer.

In her final weeks, the BBC presenter raised millions of pounds for cancer research and shared plenty of words of wisdom with her followers.

Deborah’s family confirmed the news of her passing on social media and have shared her final message for fans.

“Find a life worth enjoying; take risks; love deeply; have no regrets; and always have rebellious hope. And finally, check your poo – it could just save your life,” it read.

Deborah, also known as BowelBabe, made a teary final appearance on her podcast You, Me and the Big C back in May in an episode entitled Deborah James’ Last Dance.

Speaking with her producer, Deborah thanked fans for listening and urged them to watch out for signs of bowel cancer.

She said: “Thank you guys for everything, for being our partners in crime in the club that you never wanted to be part of.

“I suppose that’s it from me. It’s a very sad thing to say, but I’m pleased that I have got to the point where I can say it and we’ll see each other again somewhere, somehow, dancing.

“Oh, and also: check your poo. I can’t leave on any other words.”

Deborah was a campaigner for the fight against cancer

Deborah made her last TV appearance on June 16, urging people to not be embarrassed and “check your poo”. She also reiterated the importance of spotting the early signs of bowel cancer.

Speaking on Embarrassing Bodies, Deborah said: “Talk of poo, should never be a taboo.”

She added: “Let’s kind of break down smash those taboos because quite frankly, that is going to save lives. Let’s spread the word.”

Deborah had previously said she hopes her inspiring messages will live on after she passes.

Deborah hoped to save lives with her message

She raised millions for life-saving research

She had been fighting stage 4 bowel cancer since December 2016 and documented her battle on social media, inspiring millions of fans.

She wrote a book called How To Live When You Could Be Dead in a bid to share “how to have a positive mindset when we are faced with life’s biggest challenges.”

In her final weeks, Deborah had been receiving end-of-life care at her home in Surrey. She leaves behind her husband Sebastien and children Eloise, 12, and Hugo, 14.