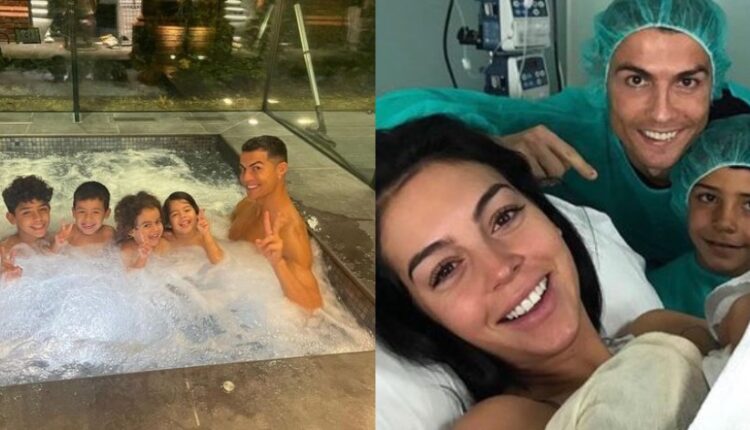 Cristiano Ronaldo is enduring every parent’s worst nightmare after the heartbreaking loss of his baby son.

The much-loved Manchester United striker and his partner Georgina Rodriguez announced the devastating news on Instagram last night – saying they would always love their “angel”.

The couple, who had documented the pregnancy on social media, were excited to welcome their twins to add to their blended family.

Admitting it is “the greatest pain and parent can feel”, Ronaldo and Georgina added that they were being given “strength” by the birth of their baby girl.

Ronaldo, who first met Georgina in June 2016 when she was working as a sales assistant in Gucci while he was at Real Madrid, has a loving blended family.

The world class striker first became a dad back in June 2010 when his oldest child, Cristiano Jr., was born in the USA and the identity of his mother has never been revealed.

Ronaldo and Georgina with their family 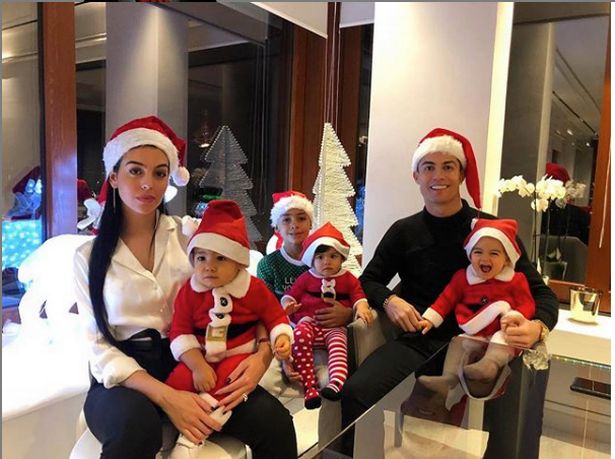 It is believed Ronaldo has full custody of his 11-year-old lookalike son, whose mother remains anonymous per an agreement between his parents.

Speaking previously about his son growing up without a mum, the footballer told The Jonathan Ross Show: “For me it is not a problem. I will say in the world, many kids don’t have mum, don’t have dads or dads die or mums die… Cristiano has a dad, an unbelievable dad.

“[He has] a grandmother, I have the support of my family, great of course. It will be like, ‘why don’t you [say?]’. Listen, some points in life it’s private and people have to respect the privacy of other people.

Father and son have an incredibly close relationship, which was well documented in the 2015 documentary film ‘Ronaldo’, where they could be seen playing and hanging out around the house.

Cristiano Jr is also attempting to live up to his father’s name and started playing for the Juventus while his dad played for the Italian club.

While the Ronaldo clan were still living in Turin, his father revealed: “I hope that Cris, my son, can be like his dad. He says he is going to be better [than me], but I think it’s difficult. He is playing for Juventus and adapting really well, it has been easier for him than for me.” 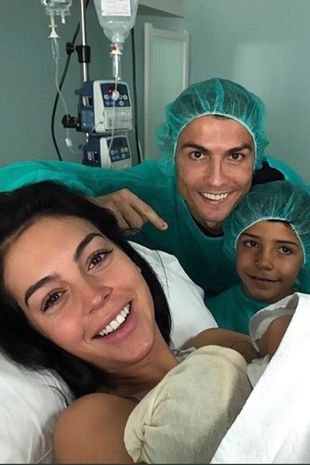 Ronaldo with Georgina and Cristiano Jr after Alana Martina was born 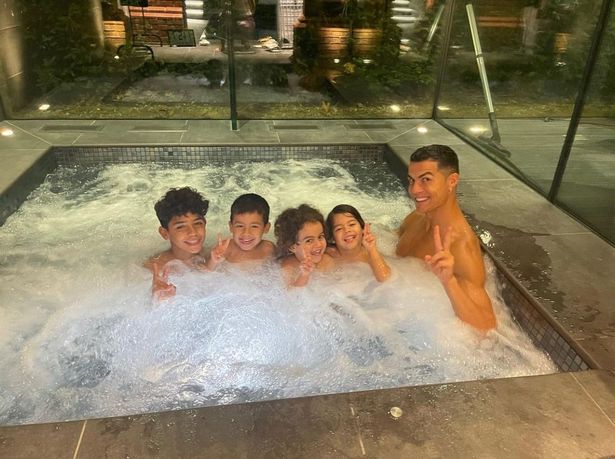 The young footballer has now followed in his dad’s footsteps and joined the Manchester United under-12s side in February – copying his father’s signature celebration after scoring last weekend.

“We’ll see if my son will become a great footballer,” Ronaldo commented when asked about his son’s chances of making it. “He has potential. He is fast and dribbles well, but that is not enough.

“I always tell him that it takes work and dedication to have success. I won’t pressure him to become a footballer, but if you ask me if I want him to, yes I would like it. The most important thing is to become the best at whatever he does, whether it is as a footballer or a doctor.”

In June 2017, Ronaldo became father to a set of twins when Eva and Mateo were born to a surrogate mother based in America.

While Cristiano is listed on the birth certificates as the twins’ father, their mother has been left off and her identity is unknown.

“So happy to be able to hold the two new loves of my life,” he captioned a cute snap of the twins, then he uploaded another of himself holding Mateo while Cristiano Jr cradled baby Eva.

Speaking to Hello Magazine in 2017, Ronaldo said: “Becoming a parent and raising my family is honestly the greatest privilege I’ve had. I’m enjoying every second of it.

“It’s taught me things about love I never knew existed. It has softened me and given me new perspective on what is really important in my life.”

In October last year, Ronaldo announced that Georgina was pregnant again with twins and posted a sweet picture of the couple in bed.

The caption read: “Delighted to announce we are expecting twins. Our hearts are full of love – we can’t wait to meet you.”

At Christmas, they shared another moving family moment at the gender reveal with an adorable clip of the kids holding black balloons in front of a Christmas tree surrounded by presents.

Then they popped the balloons releasing blue and pink confetti across the room while all four children beamed at their proud parents.

Ronaldo captioned the video: “Where life begins and love never ends” with six heart emojis and the hashtag blessed.

Just two weeks ago he took to Instagram to share a family photo, with Georgina’s beautiful bump on display with the caption: “Family is everything”.

Tragically, the couple released a joint statement on Monday evening announcing that their son had passed away.

It read: “It is with our deepest sadness that we announce the passing of our baby boy. It’s the greatest pain any parent can feel. Only the birth of our baby girl gives us the strength to live this moment with some hope and happiness.

“We would like to thank the doctors and nurses for all their expert care and support. We are all devastated at this loss and we kindly ask for privacy at this very difficult time. Our baby boy, you are our angel. We will always love you. Cristiano Ronaldo and Georgina Rodriguez.”

Ronaldo’s sister, Katia Aveiro, posted an emotional open letter to her brother on Instagram after the tragic death of his baby alongside pictures of Georgina and Cristiano with her two children.

“Our little angel is already on daddy’s lap,” wrote Katia, in reference to their father Dinis who died of liver failure in September 2005.

She added: “I love you and my heart is with you over there. May God take care of you and strengthen your path more and more.

“Our little girl is there firm and strong and full of health and is going to show us with every day that only love matters.”