There are a lot of challenges facing the world right now. Many people are struggling and it’s more important than ever that we take the opportunity to help one another out.

One such concerns an Arizona police officer who has officially adopted a 4-year-old girl into his family after comforting her while working on a case concerning child a.b.u.s.e.

When Lt. BZ went to work one day 4 years ago, he had no idea he was going to meet a little girl who would end up becoming his adopted daughter. The day started out normal enough. He was just going to a routine welfare check, but what he discovered forever changed his life.

When BZ arrived for the welfare check, he met a little 2-year-old girl named KL. 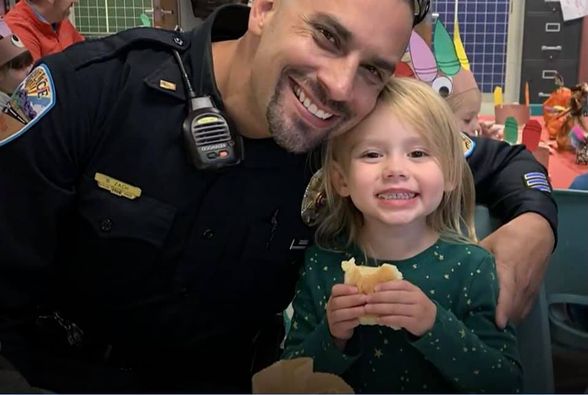 She was clearly a victim of child a.b.u.s.e. BZ explained, “She had a skull fracture, brain bleed and dislocated elbow. My heart felt for this little girl who was covered in bruises. She had a very strong spirit about her.”

While waiting for child welfare services to arrive, the pair bonded through watching “Wreck-It Ralph” and eating snacks.

KL was removed from her home by officials, who were then unable to locate a family member to take care of her.

BZ did much more than simply remove KL from the child a.b.u.s.e situation. He actually volunteered to let KL live with him as a foster care placement; however, he didn’t think she would be with him for very long. He said, “They said it would only be a couple weeks to a month until they could find a placement home for her.”

Then, on August 18 in 2020, 30 months after they began fostering KL, BZ and Cierra made their adoption official. 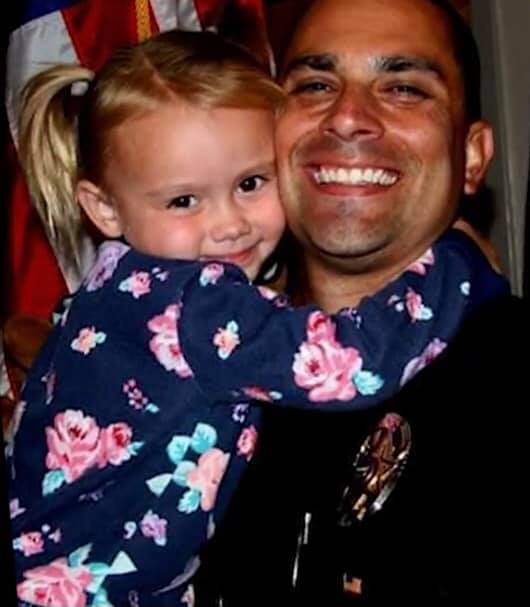 Watch the video below to learn more about this heartwarming story about how BZ ended up becoming KL’s adopted dad.

Adopting KL has made a big impact on BZ’s life. Now he plans to foster other children. Who knows. Maybe he’ll end up adopting more children as well.