Mom wanted to give baby with Down syndrome to Foster care, so dad decides to raise his child all on his own - Daily Net 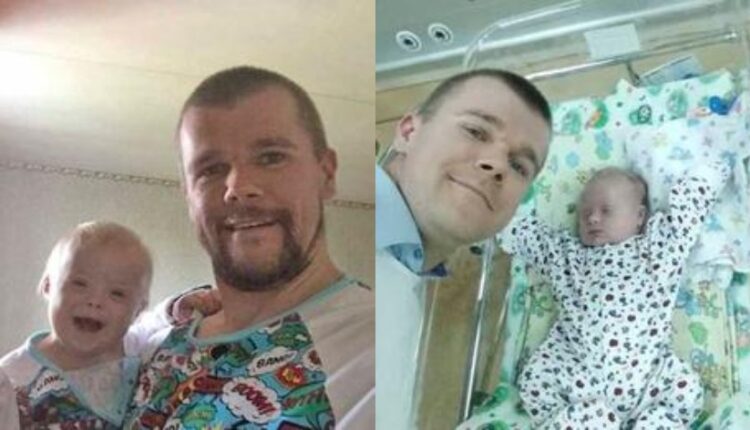 Mom wanted to give baby with Down syndrome to Foster care, so dad decides to raise his child all on his own

His wife had their baby and it was an extremely happy moment until they were given the diagnosis of their Down syndrome son.
Their newborn son had been diagnosed with Down Syndrome, a congenital anomaly caused by the duplication of the twenty-first chromosome. Often referred to as Trisomy 21, this extra copy changes how the baby’s body and brain develop. [1] Evgeny was devastated by the news but ultimately summoned the will to be the best man he could be for his son.

Subsequently, his wife had her own ideas, and she had decided to give the child up for adoption as the financial strain would cripple them as a family. Evgeny disagreed. He accepted that his wife was leaving them and chose to raise their son alone.[2] 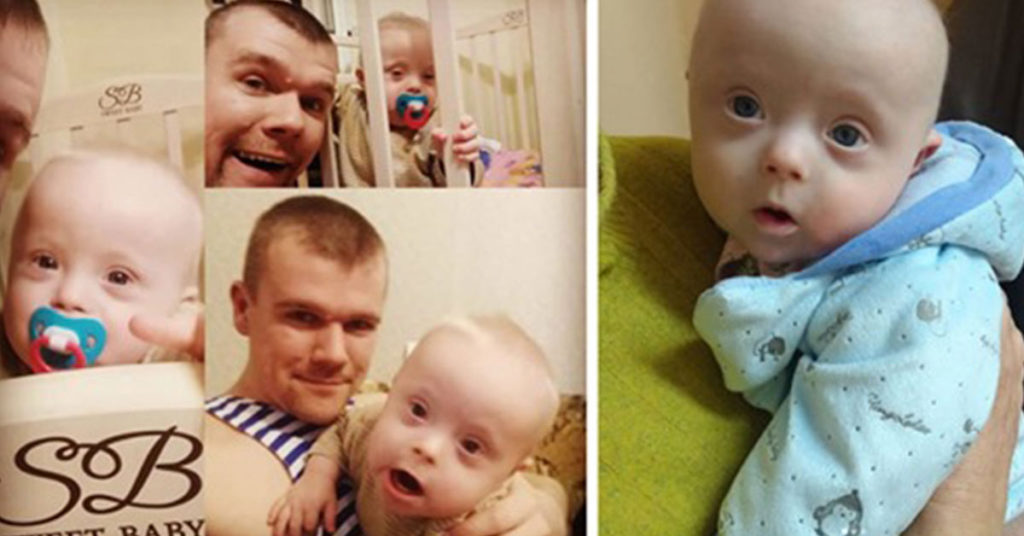 He actually used the word “inhumane” to describe it. He was not shy about his feelings.
Evgeny knew that the child deserves to be happy and loved, and Misha was HIS son. So, he would do whatever it took to be the best father he could to his son with down syndrome. The news may have been difficult for him to accept initially, but it did not change the fact that he loved his baby. He never saw his son as a child with down syndrome. He was just his son.[2]

A diagnosis like this can be extremely difficult for families, and parenting is not an easy task.
The first thing Evgeny needed to do was to understand what his son was dealing with. That way, he could properly care for the growing child. There is no cure for down syndrome. He learned that the best thing he could do was simply care for him the best he could.

Certainly, we as a community must learn to be supportive and accepting of those of those living with disabilities.

In an effort to educate and enlighten, Evgeny took this opportunity to spread awareness about down syndrome. He wants to teach as many people as possible about it. Not for the attention and fame but because he truly cares about his mission.

Because Evgeny knows all too well that other parents struggle with the same issues he has and feels obliged to help and teach them in any way he can.[2]

Misha feels happiness and love like everyone else, no matter his genes. 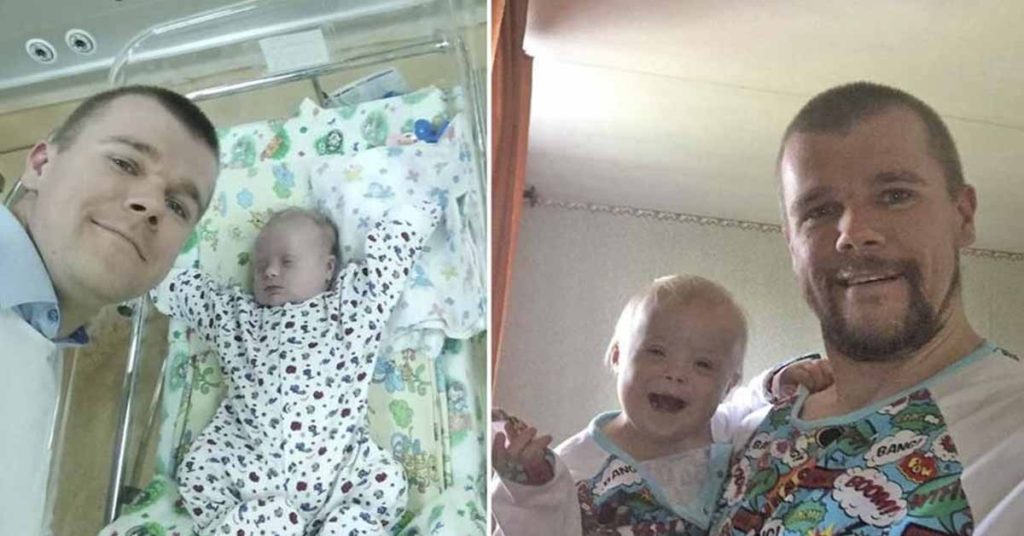 Misha’s conditions will not allow him to know that he is different. Instead, all he knows is that his father loves him very much and that life, right now, is good.[2]

Tears of sadness: Evgeny cried when he first heard his son has down syndrome. Now, he’s changing the world.
Consequently, he quickly got over his feelings and got to work on his mission. Remembering that this was his family and every father has an obligation to his family.

For Evgeny, it was incredibly liberating to educate himself and others about down syndrome. And, the more he did so, the more he realized that he had little to worry about. Many people worldwide who have down syndrome live as others do. Although it comes with its own unique set of challenges, you can easily live a happy and meaningful life.[3]

They can live in happiness and joy, and everything else is just icing on the cake.
“When I made the decision, I had not yet thought about the likelihood of an optimistic scenario. I thought: well, he’s going to enjoy the sunrise, I’m going to take him out to barbecue, he’s going to live his life. Yes, maybe he seems unhappy with someone, but he will have his own life. At no time did I think of leaving my son in an orphanage; that would be inhumane.”

Evgeny Anisimov
Approximately 1 in every 700 children will be born with down syndrome [1], and like anything you are born with, it can be handled well with education and love.