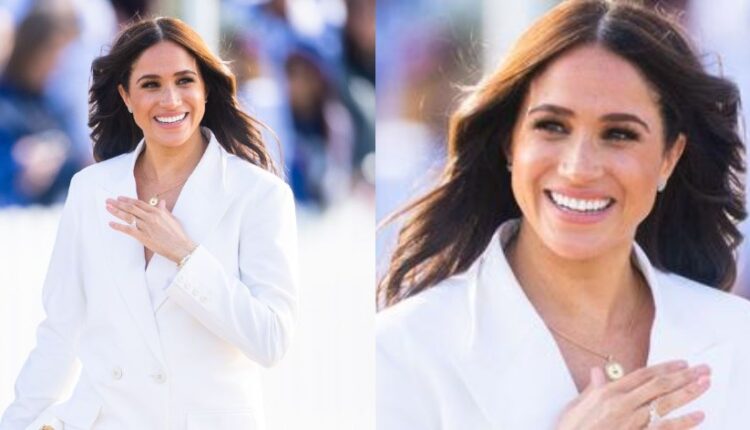 Meghan Markle has been accused of “repeating” Kate Middleton’s white suit at the Invictus Games launch.

Earlier today (April 15), the Duchess of Sussex along with her husband Prince Harry made their first joint appearance outside the US since Megxit.

The couple were pictured with the Ukrainian team in The Hague as the tournament for military veterans kicks off on Saturday (April 16).

Shortly after, the Sussexes attended a reception for the friends and families of the competitors, with Meghan rocking an all-white suit – smiling and waving to the crowd that was in attendance.

Twitter users however believe the American was copying her sister-in-law’s outfit from last month when she was in Jamaica, with her choice of a white suit. 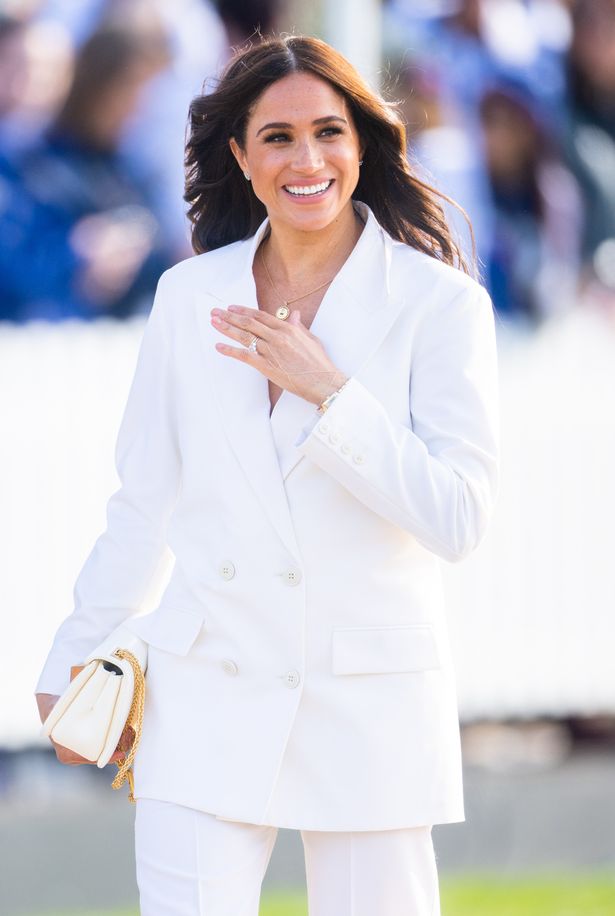 One user posted a picture of the Duchess of Cambridge in a white suit, along with the caption: “Ouch. and who is repeating the white suit for Kate?”

Fellow Twitter users however were quick to voice their disagreement and argue that Meghan has worn suites long before Kate.

One user said: “Eh…nice try. It’s more than the colour of the suit. We all have eyes & know what Kate’s style has been for the past 10 years as a royal. She always wore the same style of dress/skirt ensemble, yet Meghan comes along & Kate starts wearing styles that Meghan introduced to the RF.” 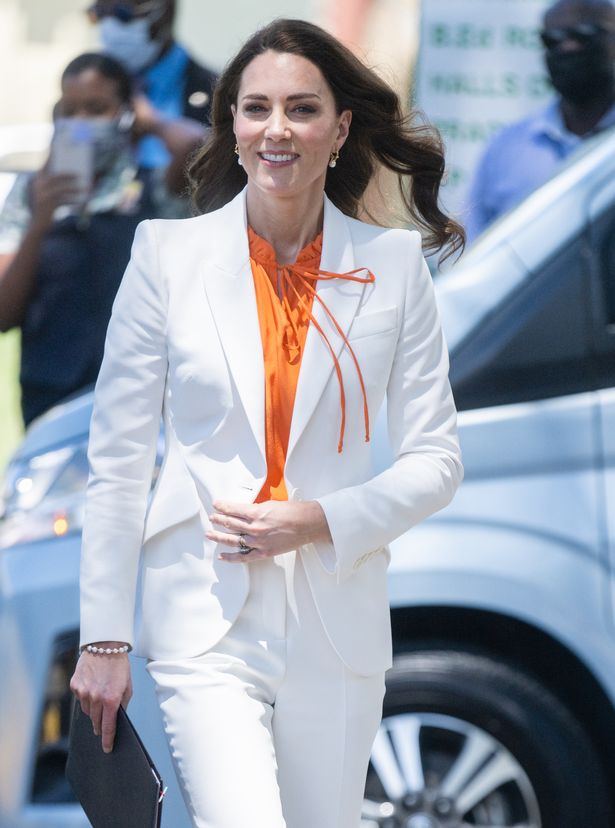 A second commented: “Kate the biggest copycat ever. We both know she start wearing that kind of style after Meghan, copying Meghan style”.

A third added: “A reach!!!! Especially because Kate is literally wearing the same silhouette as Meghan’s Endeavour Fund 2018 suit. Fallback.”