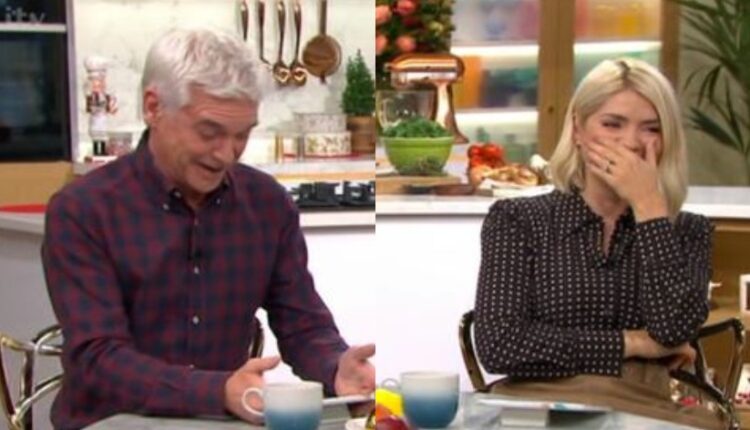 Holly Willoughby and Phillip Schofield were left laughing, but horrified, as This Morning guest agony aunt Miriam Margolyes farted in front of them.

Giving nothing away, 80-year-old Miriam sat beside them looking perfectly innocent – before it was revealed an outbreak of flatulence from the Harry Potter star had provoked the on-screen hilarity.

Phil reenacted the moment saying she lifted her leg and announced: “That’s better” – while he said he was unable to maintain professionalism. 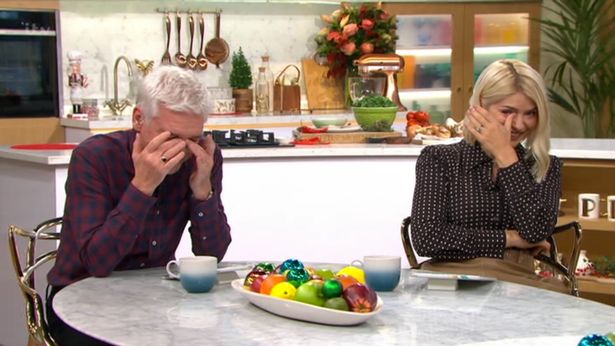 The actress later discussed getting embarrassed, and admitted she was disappointed in herself for breaking wind in front of Holly and Phil, but said that the emotion can be a badge of honour.

She said: “I definitely feel embarrassment. Mostly at myself. When I said something rude or just now when I farted, momentarily I am embarrassed.

“When you are embarrassed you’re at your most open and charming. Don’t fight it.”

Earlier in the show, Phil had joked that Ofcom would be standing by for complaints when Miriam assured the show hosts that she would be giving blunt and honest advice to those phoning in with problems – and was willing to discuss all topics including sex.

In due course, the topic came up while the actress fielded questions from viewers – with the star saying that people looking to get into dating should wait, jokingly adding: “Unlike you, Phil.” 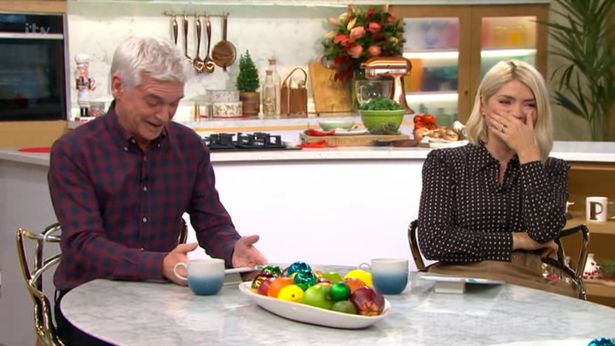 Gobsmacked, Phil laughed: “I don’t know what that means?!”

Holly then asked: “What do you know that I don’t?” – prompting Phil to parrot the same question, while laughing.

Miriam laughed that she didn’t know herself, but that she was just making an assumption, as the show hosts laughed along.

One viewer called in to say that they were struggling to deal with their husband due to him lazing around on Sundays.

Asked how she could get her husband off the sofa, Miriam stunned Phil and Holly when she said the viewers should get a divorce.

She said: “Leave him! I wouldn’t waste two seconds on a man like that. Chuck him out.”

Asked if there could perhaps be a less extreme alternative, Miriam rejected the idea, saying: “If he doesn’t listen, if he doesn’t care, there isn’t a middle ground. He doesn’t see you as a human being.”

During her Q&A with viewers, Miriam also revealed that she has a thin skin – which she says is an essential attribute for any actress, or, indeed, any person at all.

She said: “Being thinned skinned is a good thing. To be vulnerable is a wonderful quality. Guard it. Make it your own.

“I have a thin skin. I take umbrage very easily. Of course [I get hurt]. It’s important not to cut people out. A thick skin is a barrier between you and other people.”

She also said that friends who say mean things should be forgiven – as long as they learn to be less rude.

She suggested asking people who offend: “Do you know you hurt me when you said that?” – and added: “And if they do it again, cut them out.”