Harry and Charles have taken the first step towards repairing their relationship with a secret reunion at Windsor Castle, a royal expert has claimed.

Harry and Meghan flew into the UK this morning, for a secret face-to-face meeting with the Queen.

According to Sun Online reports, the couple also saw Prince Charles in a quick stop off at Windsor Castle.

The trip marked their first joint journey to the UK since Harry and Meghan quit royal duty in March 2020.

Harry and Charles’ relationship has been strained since the Sussex’s bombshell interview with Oprah Winfrey, when Harry expressed his “disappointment” in his dad.

He claimed Charles had cut him off financially and refused to take his calls. 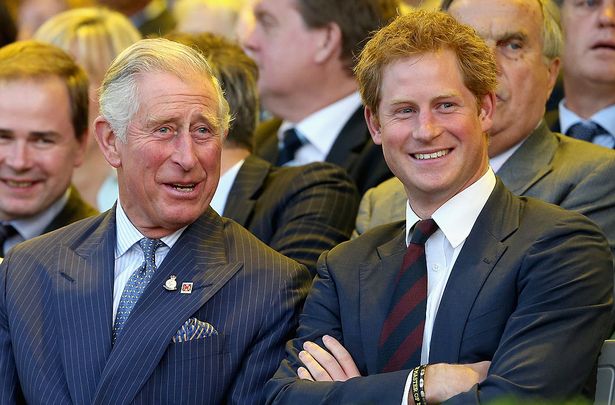 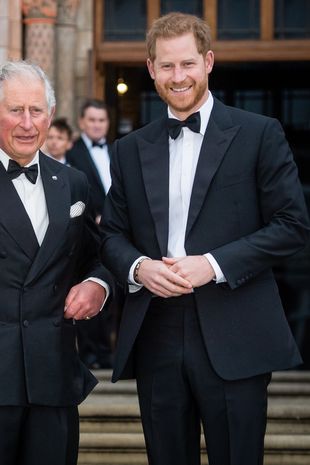 In the chat, Harry claimed that William and Charles were “trapped” within the system of the Royal Family after being asked by Oprah if his older brother wanted to leave the Firm.

He said: “I am part of the system with them, I always have been, but I guess—and I’m very aware of this—my brother can’t leave that system, but I have”.

Both his dad and his brother were said to have been left “very angry” that Prince Harry put words in their mouths during his chat with Oprah Winfrey.

However, royal biographer Phil Dampier has said that the visit was the Duke of Sussex’s way of “slowly [starting] to rebuild some bridges” with his father.

“I think Harry has realised that it looked very bad that he didn’t come to Prince Philip ’s memorial service and perhaps he’s having second thoughts about how he’s been playing things,” he said.

Prince Harry with family in December 2016 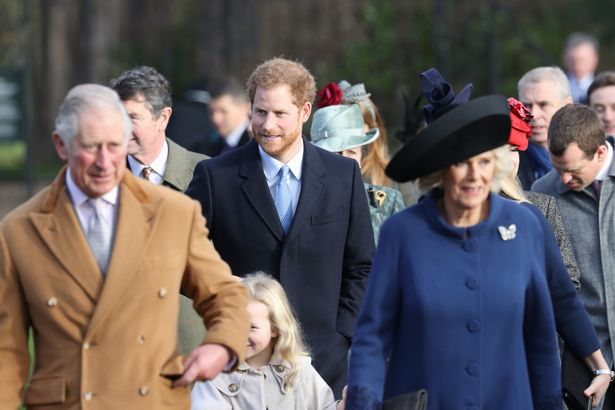 “Most of all I’m sure Charles was happy as I’m sure he would like to repair their relationship.”

Mr Dampier went on to comment that the visit “seems to have been the first tentative step in repairing their relationship”.

He noted that it “would have been nice” if Prince William was able to see him as well.

However, the family meet up meant Harry was “finally rebuilding some bridges,” he noted.

Harry and Meghan, who stopped off in the UK on their way to the Invictus Games in Holland, were at Windsor for the traditional Maundy Thursday ceremony.

The couple, who snubbed the chance to attend the late Prince Philip’s memorial service last month, smiled and waved at stunned onlookers.

Members of the public were in the grounds of the royal estate for the traditional Maundy Thursday ceremony.

One said: “I couldn’t believe it when I saw who it was.”

They described how Harry and Meghan waved at them.

The Sussexes quit as working members of the Firm in March 2020 and have since settled in California with their two children.

There have been mounting tensions between the pair and the rest of the royals due to a series of claims made from across the pond.

Ingrid Seward, editor-in-chief of Majesty Magazine, described the visit as the offering of an “olive branch” and “wonderful opportunity to clear the air”.

She said: “After everything that has gone on it must have taken a lot for Harry and Meghan to go to Windsor.”

The expert added that Maundy Thursday is a very special day for the Queen and is “about forgiveness”, with the monarch “not one to hold grudges”.

Ms Seward believes she would have “happily welcomed them with open arms”.

It is unclear if Archie, two, and 11-month-old daughter Lilibet joined their parents or if they are back home in Montecito.