Firefighters saved man after Heart Attack, then returned to finish his yard work for him - Daily Net 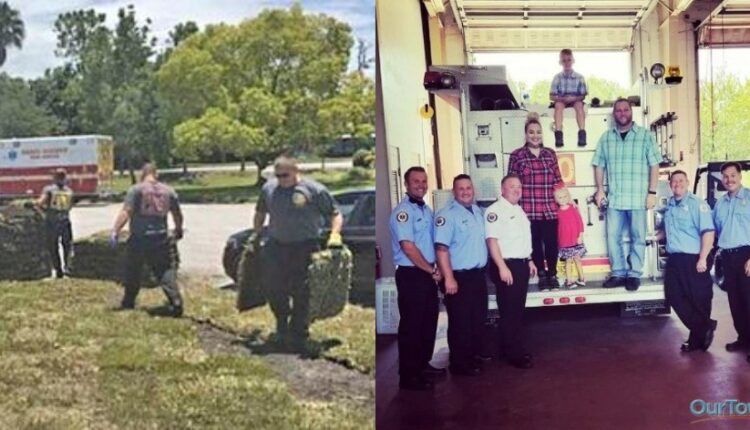 Firefighters saved man after Heart Attack, then returned to finish his yard work for him

Most firefighters are known for being heroic and helping to keep us safe, but sometimes they go beyond the call of duty. Back in 2018, when a man in Florida suffered a heart attack, the first responders not only saved his life- but also gave him a gift. As it turns out, the man- Gene Work- had been working on his lawn. And after the firemen sent him to a local hospital, they actually finished the job Work had started. [1]

This was detailed in a Facebook post that Work’s wife Melissa uploaded on the 8th of July, 2018.

“While he (my husband) was having his heart attack, he kept begging me to figure out the sod and have it put down because he didn’t want it to go to waste and die…We were sent off to the hospital and my incredible brother-in-law stayed back with my niece. He was planning on staying there by himself until midnight to get it finished…Before he knows it, 7 firefighters jumped out from a fire truck, put on gloves and said they came back because they knew Gene was in serious trouble and they wanted to lay the new sod so it didn’t die. They knew he wouldn’t be able to do any work for weeks so they came back.”

Man Suffered A Heart Attack While Applying Sod To His Field- First Responders Took Him To A Hospital
Needless to say, the actions of the firefighters rendered Gene’s wife speechless. In fact, she urged people who read her Facebook post to keep sharing the story.

“They came back!!! They saved his life, dropped him off and then cared enough to save our grass!!” She also posted a montage of photos that showed the firemen and the EMTs carrying the grass into the yard.

Social media users didn’t let this help go to waste, as everyone praised them for the work. Some even called them heroes. Ms. Work had also spoken about the troubles that her family had been going through. Further, she also mentioned that they decided to help them without any prior information. 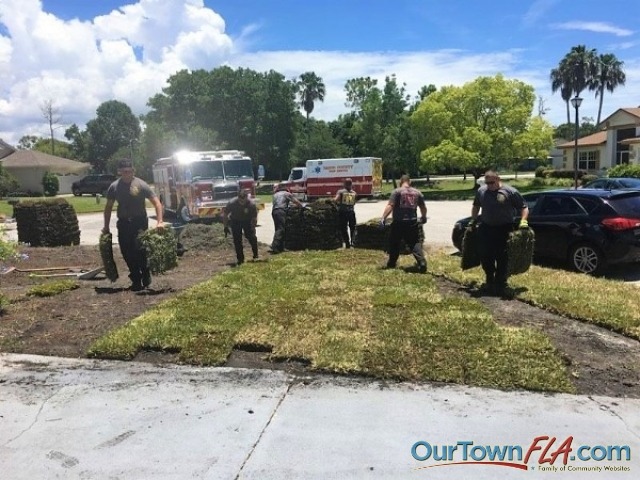 She wrote, “They simply saw someone in need, something in need, and did this for us. This wasn’t in their job description. We have no words. Just sobbing.”

The Pasco County Fire Rescue service- to which the firefighters belonged- also wrote, “We believe in helping the community whenever we are needed, and recently the crew from Station 10 did exactly that. Thank you Melissa Ann for sharing this touching moment, thank you to the crew of Station 10 for stepping up to help, and everyone at PCFR hopes that Gene makes a speedy recovery.”

The Firefighters’ Spirit Of Brotherhood Saved the Family
One can understand the trauma that the entire family was going through at that point. When the paramedics transported Gene to the hospital, he had to undergo surgery. After installing a stent, the Doctors on duty informed his wife about the near-death experience he had gone through. Authorities informed Melissa that if she had taken some more time to call for help- Gene wouldn’t have made it.

The story becomes even more poignant after that. Melissa mentions in her Facebook post that she had major health issues. In fact, she was also scheduled to be going through a bone marrow transplant. In such turbulent times, the removal of the sod was the least of their worries. But the homeowner’s association would have levied a fine on them- which their financial situation couldn’t handle. As it turns out, Gene had to sell most of his favorite things to make the purchase- as it would help him avoid the fine.[2]

While reading the Facebook post, one would be remiss to not hear the relief and the joy in Melissa’s words. “They didn’t know our HOA was going to fine us. They didn’t know that this guy’s wife (Me) is about to fight for my own life during my bone marrow transplant next month, […] didn’t know that my husband pawned his favorite gun to pay for the sod that he thought was going to die. [The firefighters] simply saw someone in need, something in need and did this for us. This wasn’t in their job description. Please help us get these men honored! Please help us find them so we can thank them!!!” 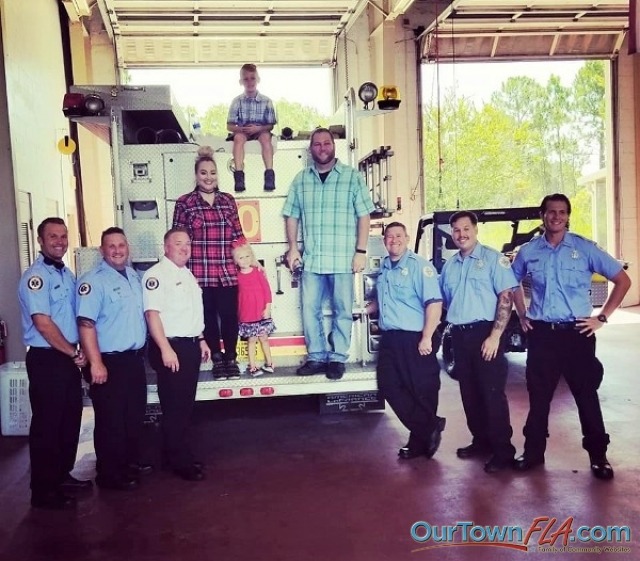 This story was a testament to the bravery of the firefighters. And this was exactly the sort of selfless act that made humanity worth existing. The firefighters could have gone back after helping Gene out. But they stayed and took care of his field. Nothing shows dedication to others more than this.