Can you spot why this creepy photo of a Family sitting on bench is going viral? - Daily Net 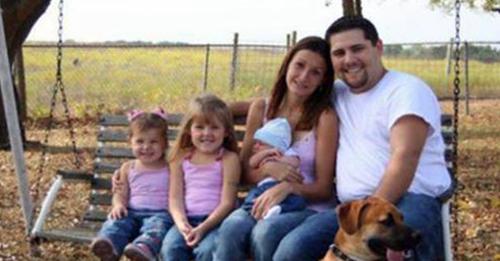 Can you spot why this creepy photo of a Family sitting on bench is going viral?

Optical tricks come in many shapes and forms. Some of them show a family picture, while others ask to spot something elusive. There are also some images that were never meant to be trick you in the first place. This picture of a family fits into the last category.

Now, before we begin, image puzzles are a great way for training our brain to be more observant. But sometimes, we might notice things that we aren’t supposed to. This picture of a family is both a brain puzzle as well as something quite uncanny. So, you have been warned!

Why Is This Family Picture Creepy?
Here is the seemingly normal picture of a family:

It all seems like an innocent family photo taken on a beautiful day. All of them seem to be happily smiling at the camera. However, there is something that does not quite add up in this picture. 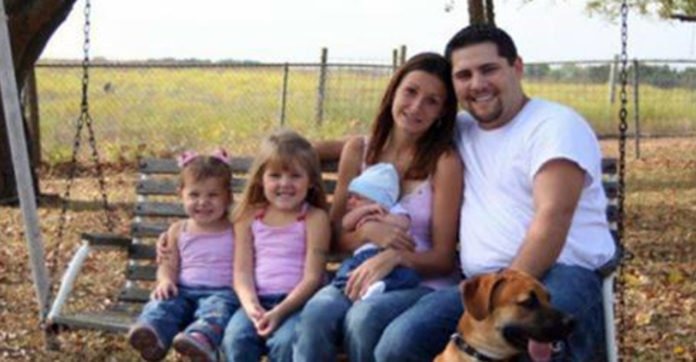 Did you spot that something? Interestingly, children seem to notice it very easily. However, in the case of adults, quite a few have struggled to find it. But when they did see it, all of them were left confused, to say the least.

The Bizarre Addition
If you still haven’t found it, then look at the smallest child on the picture’s left. She looks adorable, doesn’t she? But look at her shoulder. See for yourself: 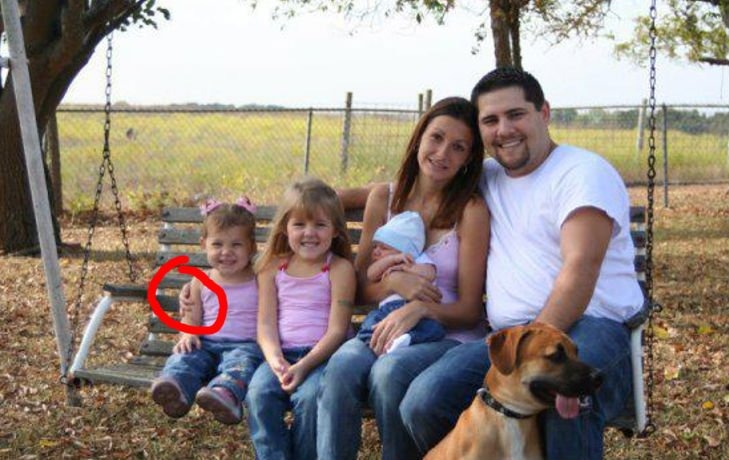 Did you see a hand there? Now, see if you can spot everyone else’s hand. Do you see why this family picture is bizarre?

Just to make sure: both of the mother’s hands are used in holding the infant. The older sister’s hands are in her lap. And, the father is way too far away to be resting one hand on the shoulder of the leftmost child.

So who does that hand belong to? The creepy question has made this seemingly normal family picture go viral. People have come up with several theories. One says that the family picture has been photoshopped. Others believe that this is a true supernatural picture. Another theory suggests that the oldest child is a later addition. As such, it is the mother’s hand from the original picture.

So what do you think? Is it human trickery, or is there really something more in the picture than meets the eye? What would anyone even gain from doing this deception?

Let us know in the comments below, what it might actually be! We are yet to get a proper answer for it.