While sister inherits mansion, brother only gets abandoned house and finds a hidden floor there – a short story - Daily Net 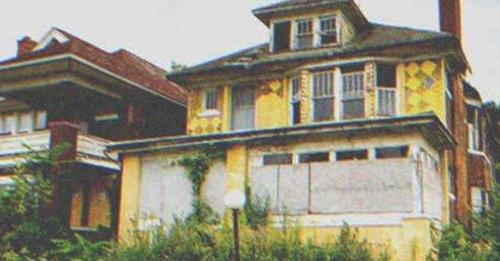 While sister inherits mansion, brother only gets abandoned house and finds a hidden floor there – a short story

When it comes to family, you might assume the love you share between you is unconditional, and without consequence. There should be no competition for love, as every member of the family is equal. Our story today, inspired by the readers of AmoMama, is of two siblings who lost their father, and a house that was inherited by one of them.

Sibling Rivalry
Siblings can be the best part of your childhood and the worst. When we are young we love our brothers and sisters infinitely but there is no doubting the annoyance they can cause from time to time. This can be a good and a bad thing, depending on your circumstance. For Kate and Richard, they grew up with a big distance between them. Kate had always resented Richard, who was her younger brother because their mother had passed away not long after his birth. She had always associated her death with him. Even though she had died of causes unrelated to his birth.

Richard was the kind of person that always lightened your mood with his easy-going and compassionate nature. Laughter was never far behind when he entered a room, and Kate had always envied that about him. Not only that, but their father, Lyle, seemed to love Richard so much more. They were often found in their father’s office discussing philosophical ideas and perspectives, laughing away, and as Richard got older, they would have a nightcap every night before going to sleep.

Kate could not help but feel left out of their connection. Lyle did not love either of his children more, but Kate never seemed to be interested in controversial conversations. She was so passionate about the family business that she constantly chatted away about it. He admired her will and diligence, but unfortunately, Kate did not seem to realize that. She was always trying to best her brother in everything they did together. All in the hopes she would please her father, and shine brighter than her brother.

The Energy in Their House Shifted
As they started growing a bit older, Richard noticed that there was something amiss with their family, aside from the usual bickering from his sister. He realized that his father’s mood had shifted slightly, and he was acting all secretive. His father usually told him everything, but now, he was turning down offers for a nightcap, and he was locking himself away in his office. Kate also noticed their father’s distancing, but she was amused by it. Finally, her younger brother would understand what it is like to be left out of their father’s affairs.

Richard went to his father’s office one evening and tentatively knocked on the door. His sister was watching him from down the hallway, and she sneered at him that he was not at home. Richard looked at her with pain in his eyes, he asked her why she seemed so pleased lately when there was something wrong with their father. A weird expression crossed over her face, but only for a brief moment before her typical mask was plastered back on. She quickly said that she was not pleased with all, and then turned around to go back into her room, muttering something under her breath.

All was Revealed
Richard received a message from his father one day that invited him and his sister for dinner at their father’s favorite restaurant. They had not gone there in quite a while, so Richard was curious what this could be about. Could this be where he finds out what his father has been up to, and why he has been so secretive? Wild stories were racing through his head as he imagined what news his father has for himself and Kate. Little did he know what was to come.

He arrived at the restaurant, and Kate was outside finishing a cigarette. Their father despised smoking of any kind, but Richard was not about to go behind her back to tell him and spoil her secret. He loved Kate, regardless of how she had always treated him over the years. She nodded at him as he got closer, and flicked her cigarette away. After spritzing herself with perfume, she walked inside without waiting.

Their father waited till after they had eaten to spill the big news, and Richard felt like his world was collapsing. His father had been diagnosed with terminal cancer. He did not have long to live. Kate did not react at all, she just sat silently staring at her glass of wine. Richard was in anguish, he loved his father dearly, and the thought of him leaving them was too painful for words.

That night, Lyle asked Richard to join him for a nightcap. He agreed gladly, and the two went into his office and close the door – Kate heard them shut the door behind them and she was furious. It turned out, that Lyle had a dying wish. He asked Richard to donate the rest o his money to charity when he passed, and naturally, Richard obliged.

He Left Her the House
After their father’s death, Kate and Richard met up once again, but this time at their lawyer’s office to discuss their father’s will. Kate had a lot of questions about where the money had gone, and she went red in the face when their lawyer mentioned that Richard had been instructed to donate the money. She looked at him with such a look that he felt like she might explode. Their family lawyer went on to explain that their father had sold the majority of his shares and donated that money as well. Richard poured a glass of water from the jug in front of them, and slid it across the table to his sister, her eyes now bulging. Richard was thinking how heroic his father was, for giving the less fortunate so much to work with, and they had some shares left which were enough for a comfortable life.

Kate asked about the properties. The lawyer turned a page in his collection of documents and cleared his throat. He said their father had decided to leave their two-story estate to Kate, and Richard was to have the large cottage at the back-end of the estate. Kate was dumbfounded. She had been convinced that she and Richard were going to have to share the house. She had been thinking up ways to convince him to sell the estate so she could buy one for herself, knowing that.

Richard would not so easily let go of their father’s property. But, in the end, it was she alone who got the mansion, and all Richard was left with was a tiny run-down cottage that was situated far enough from her mansion that she wouldn’t need to deal with him much.

Richard Found a Hidden Room in his Little House
Richard visited his new cottage for the first time after his father’s death. He wandered through each room of the house, studying the walls, skirtings, and the various finishes that needed to be replaced or refurbished. This was going to be a costly renovation, but he was determined to make his father proud – even in death.

As he was about to leave, he noticed a trap door at the back of the kitchen. It opened to a set of stairs, to which he supposed was the basement. He thought that was weird because they had always been told there was no basement in this house. He noticed an envelope stuck to the inside of the trap door. He was excited to see his father’s scrawling handwriting. It was addressed to him. The note said that Richard was to make use of everything that was inside the basement. Once he climbed down, Richard was utterly shocked by what he saw before him.

There was a whole house worth of furniture, new and old, but everything was in prime condition. On the table standing closest to him, there was another note from his father. His father wrote that their sister had always been into materialistic things, and that was her and he loved her for it. But, he knew that Richard would care for this house. It had once belonged to his grandmother. The note continued to say that amongst the items in this room, there is a safe that contained valuable jewels and jewelry that had belonged to Richard’s great-grandmother which would provide a very comfortable life, and help pay for the house’s restoration.

In the end, both siblings got what they wanted, Kate had her giant mansion with large gardens, and Richard had the cottage that had been passed down for generations. When he grew old and passed away, he too left the house and all its fortune to his children. Kate ended up having to subdivide her land because her finances had dried up, and she could not help but spy on her brother who now lived happily with his wife and two children in the little cottage at the back of the estate.

Kate never understood how he could have so little, and be so happy. One thing is for certain, Richard had never appreciated the fortune for its monetary value, but rather the fact that their father had made all of that effort to organize this before he had asked him to donate all of his money to charity. Now, all of their father’s secretive behaviors made sense to Richard, he had been planning this for him all along.