"Turn the camera off": Donald Trump slams Piers Morgan as 'a fool' and storms off bombshell interview - Daily Net 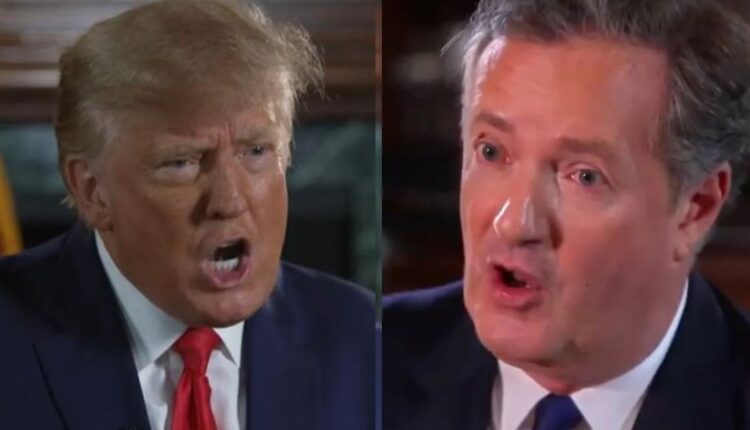 “Turn the camera off”: Donald Trump slams Piers Morgan as ‘a fool’ and storms off bombshell interview

Former US president Donald Trump stormed off during a world exclusive interview with Piers Morgan for the host’s new TV show, Uncensored.

Trump called Morgan dishonest and a “fool” before refusing to take part, calling an end to the interview and shouting “turn the camera off”.

Dubbed the most “explosive” interview of the year, scenes saw things escalate during the interview that will be screened on the launch show of Piers Morgan Uncensored on TalkTV on Monday at 8pm.

Former pals Trump and Morgan clashed in the chat, as the former president was grilled over the US presidential election.

It all kicks off in the teaser when Trump sits down for Morgan’s first interview on his new show, with it their first televised interview since Trump departed office.

He tells the former Good Morning Britain host: “Okay Piers I’m ready,” as the voiceover calls him a “former president in denial”.

As the duo continue to talk over each other, it concludes with Trump getting up and walking out of his seat – with the chat said to have gone on for 75 minutes.

There’s also one part where Trump is thought to have it out with Piers over his comments about him.

Trump tells Piers: “I’m a very honest man, much more honest with you,” in the interview dubbed by the show as ‘Morgan vs Trump’.

Ending their chat, he tells Morgan: “Let’s finish up the interview. Turn the camera off. Very dishonest.”

Speaking about the interview, Morgan shared of the moment Trump “foamed at the mouth” and shouted: “What the f**k IS this?” at him.

Sharing all to The Sun, Morgan was left wondering if the interview would be cancelled before it had even started, after past comments he’d publicly made about his former friend were revisited.

Ending their chat, he tells Morgan: “Let’s finish up the interview. Turn the camera off. Very dishonest.” 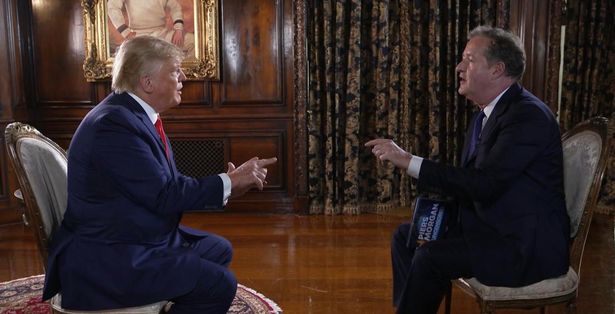 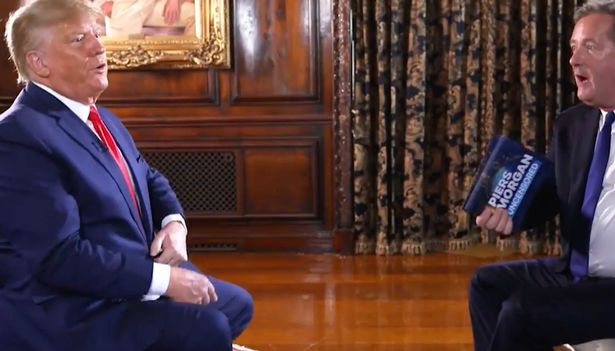 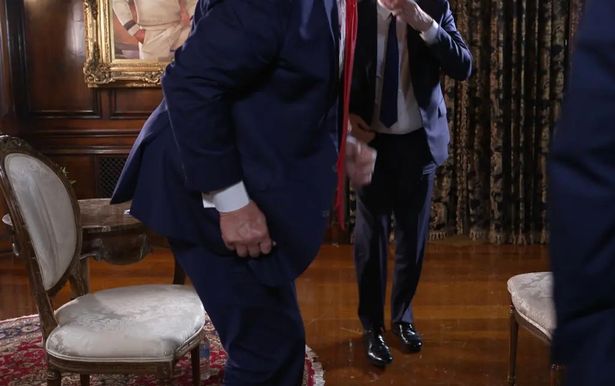 Of the moment Trump confronted him about his comments, Morgan revealed: “I’d never seen him so livid or felt so uncomfortable in his presence.”

But he told the former president he “meant” what he’d said, only for Trump to bark back: “This is so disloyal! After all I’ve done for you? Why would say all this about me?”

Morgan did mange to save the interview from being dropped, only for them to get heated during filming – with Trump soon walking out anyway.

Reeling from the moment unfolding in front of him, Morgan went on: “Trump ranted that he was far more honest than me, and again sneered that I wasn’t ‘real’ before haranguing me for exceeding our 20 minutes which was particularly disingenuous given that during all our previous interviews, he’d invariably decided exactly how long he wanted to keep talking.”

The show will see Morgan making his hosting comeback, over a year on from him leaving Good Morning Britain – after he stormed off live on air during a row with co-star Alex Beresford.