70 years after being separated at birth, twin brothers meet for the first time - Daily Net 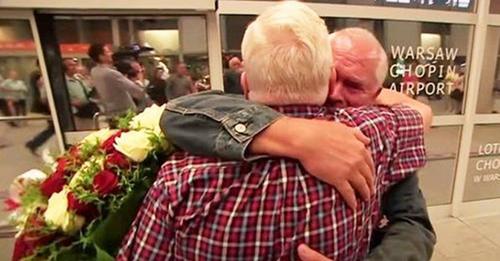 70 years after being separated at birth, twin brothers meet for the first time

George Skrzynecky and Lucian Poznanski, twin brothers who were separated at birth, have proven the fact that there is a deep emotional connection between a twin. Accordingly, they were reunited nearly 70 years after being separated. Both were 69-years-old when the Red Cross was finally able to connect them after searching for decades. 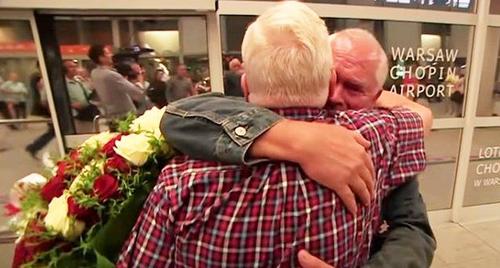 The twins’ biological mother was Polish and gave birth to the boys in Germany after moving to work in a forced labor camp during World W*r II. Records show that the mother was ill after giving birth. The boys were taken back to Poland where they were adopted by separate families. Both adoptive families didn’t tell the boys that they were adopted or that they had a twin brother.

The twins found out they were adopted when they were just becoming adults. Poznanski found out after he joined the military and Skrzynecky discovered adoption paperwork and his parents’ dishonesty. This caused a rift between Skrzynecky and his adoptive mother. As a result, he moved to California where he still lives. In 1960, Skrzynecky asked the Red Cross to find his twin but they were unable to at the time.

Then in 2015, the Red Cross located Poznanski and told him about his brother who was looking for him. The twins were reunited in September 2015 at the airport in Warsaw, Poland, and there were plenty of tears to go around.
It can be seen from the video provided by BBC, both of the brothers get emotional as they talk about the emptiness of not knowing each other for their entire lives. Skrzynecky said”All my life, I just want to know my family,”
“For 70 years, I was living without knowing things and was thinking I’m never going to find him.”

When the day finally came, the brothers couldn’t wait to embrace one another and make up for the lost time. Skrzynecky shared: “I never knew when this day was going to happen — I was thinking one day I’ll find my brother,” .
“I couldn’t wait to hug him and give him a big kiss.”

After both brothers grew up without knowing their biological family, both brothers were desperate to get to know one another. Poznanski said: “I don’t care about winning the lottery,”
“I just want to have my brother by my side.” He added that all of his life he had a feeling he had a twin, but he thought he was only dreaming.

Both of the men broke down in tears when they saw each other for the first time.