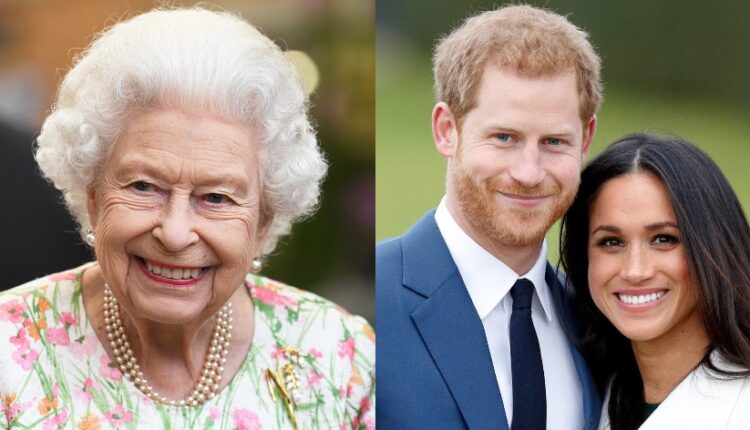 Prince Harry’s latest move of threatening to take the government to court over his police protection won’t have gone down well with the Queen, according to one expert.

He has claimed he is effectively in exile because it is “unsafe” for his family to return to the UK and says his private security arrangements are not enough to ensure his family’s safety and privacy here.

Harry, 37, wants pay for specialist police protection, but the Home Office has ruled this out – and he has applied for a judicial review against the decision.

Royal expert Ingrid Seward has said: “She explains: “Prince Harry’s threat of legal action against his grandmother’s government will not sit kindly with her. The Queen does not like being threatened.”

The Queen with Prince Harry and Meghan Markle ( 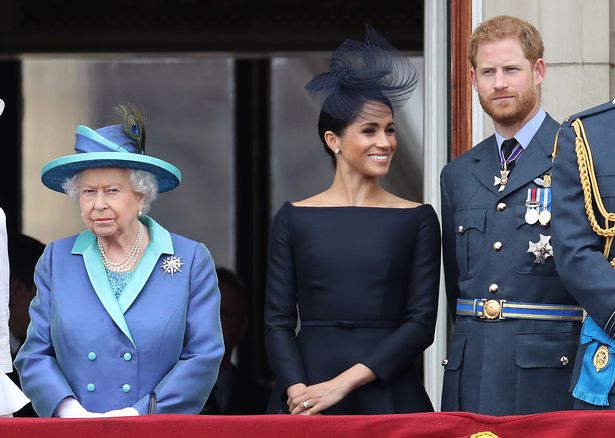 During his time as a royal and after stepping down with wife Meghan Markle, Harry has made several requests – some that have needed the Queen’s permission.

But there also appears to have been several times, when she has firmly put her foot down…

One request that left Harry “overwrought” concerned the tiara Meghan wore on her wedding day in May 2018.

Prince Harry and Meghan Markle on their wedding day (

According to the unauthorised biography Meghan: A Hollywood Princess by Andrew Morton, Harry made his feelings clear when the tiara could not be made available for Meghan’s hair fitting with her stylist before the big day.

He writes: “The prince, who needed acupuncture to stay calm in the run-up to the wedding, was overwrought when the chosen tiara could not be made instantly available for Meghan’s hairdresser Serge Normant, who had flown from New York to work on the hair fitting.

“The Queen’s formidable dresser Angela Kelly, who is the guardian of the Queen’s jewellery, is said to have informed the irate prince that certain security protocols had to be adhered to in order to access the priceless piece.

“A source revealed that he was told: ‘They’re kept under very tight lock and key. You can’t turn up and demand to have the tiara just because your hairdresser happens to be in town.’ Harry would have none of it, telling anyone who would listen: ‘What Meghan wants, Meghan gets.’ His ringing phrase did her no favours.” 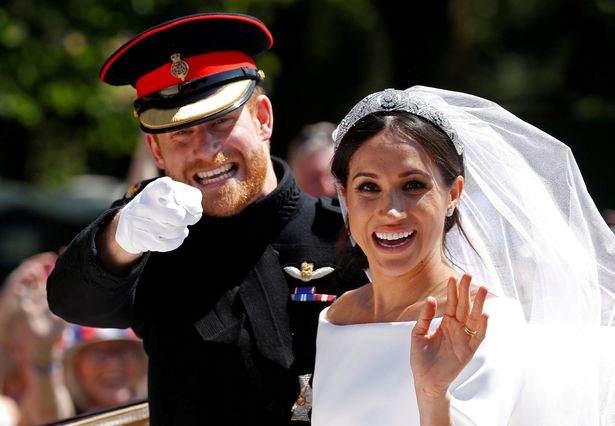 Weeks after Harry and Meghan’s wedding, the couple faced disappointment when the Monarch rejected a request they made about their home.

According to the Sunday Times, the couple asked the Queen if they could live at Windsor Castle.

The report, written by Roya Nikkhah states: “The couple are understood to have set their hearts at first on Windsor Castle, and are believed to have asked the Queen if living quarters could be made available after their marriage.”

But Harry’s granny said no and gave them Frogmore Cottage instead.

Hugo Vickers told the Express why the Queen may have decided to deny their request, saying it might not have been “entirely appropriate”.

He writes: “There are empty bedrooms and suites in the private apartments within Windsor Castle which the Sussexes may have had their eye on, or perhaps some former living quarters in the castle grounds converted into other things.

“But I can see how it might not be entirely appropriate to have a young family living there.”

The couple before stepping down as senior royals ( 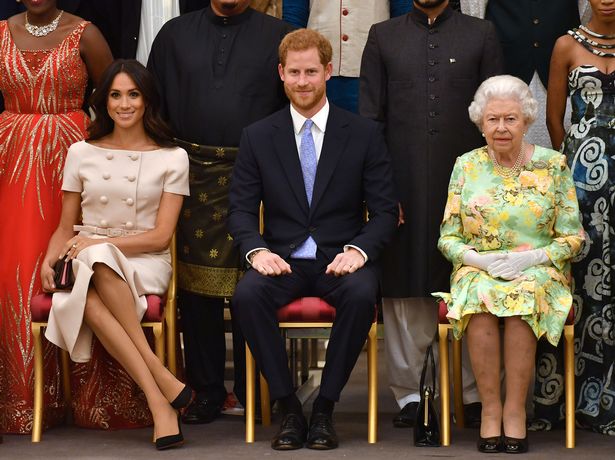 In 2020, Harry and Meghan stepped down as working royals in order to set up a new life in America.

And with it, they were stripped of their honorary military appointments and royal patronages.

The monarch forced the pair to sever all official links with The Firm after they decided to renounce their duties and step away from public service for good.

Among the titles that were taken away was Harry’s military appointment of Captain General of the Royal Marines.

Buckingham Palace said: “Following conversations with The Duke, The Queen has written confirming that in stepping away from the work of The Royal Family it is not possible to continue with the responsibilities and duties that come with a life of public service.

“The honorary military appointments and Royal patronages held by The Duke and Duchess will therefore be returned to Her Majesty, before being redistributed among working members of The Royal Family.

“While all are saddened by their decision, The Duke and Duchess remain much-loved members of the family.”

A spokesperson for Harry and Meghan replied and said: “As evidenced by their work over the past year, the Duke and Duchess of Sussex remain committed to their duty and service to the UK and around the world, and have offered their continued support to the organisations they have represented regardless of official role.

“We can all live a life of service. Service is universal.”

As well as being stripped of their military titles and royal patronages, Harry and Meghan also had to agree to not use their HRH styles.

Although the pair weren’t stripped of these by the Queen, they no longer use the style as they aren’t working members of the royal family.

In November 2020, Harry made a request to have a wreath laid on his behalf at the Cenotaph on Remembrance Sunday.

Despite Harry having served for 10 years in the military, including two tours of Afghanistan, his request for his tribute to be laid at the London memorial last year was refused.

In his book Battle of Brother, royal author Robert Lacey argues most people would consider Harry’s request perfectly reasonable and a mark of respect but he adds that the Queen is said to have rejected the request as soon as it reached her attention.

“It took her ‘all of two seconds’ to issue a refusal,” Lacey writes, referring to an article by royal editor Rebecca English.

The article stated the Cenotaph ceremony was “sacrosanct” to The Queen, who ensured nothing happened without her knowledge.

While Harry’s grandmother hugely admired her grandson’s military achievements, his request to lay a wreath, or have one laid on his behalf, showed “a lack of understanding of what it means for him to be a non-working royal”, the book claims.

Meanwhile, when it comes to Harry latest request for police protection for his family when in the UK, it has been reported that the Queen won’t help his case.

He and wife Meghan, 40, lost their taxpayer-funded police protection after quitting their royal roles in 2020. The couple, who live in California with their children Archie, two, and seven-month-old Lilibet, fund their own security there.

The Duke of Sussex claimed he is effectively in exile because it is “unsafe” for his family to return to the UK.

He claims his private security arrangements are not enough to ensure his family’s safety and privacy here.

A royal source told the Sun : “This is not a matter for Her Majesty. She certainly won’t cave into his demands.

“It is a matter for Her Majesty’s government. Who gets protection is not a gift the Queen can decide to give or take away.”