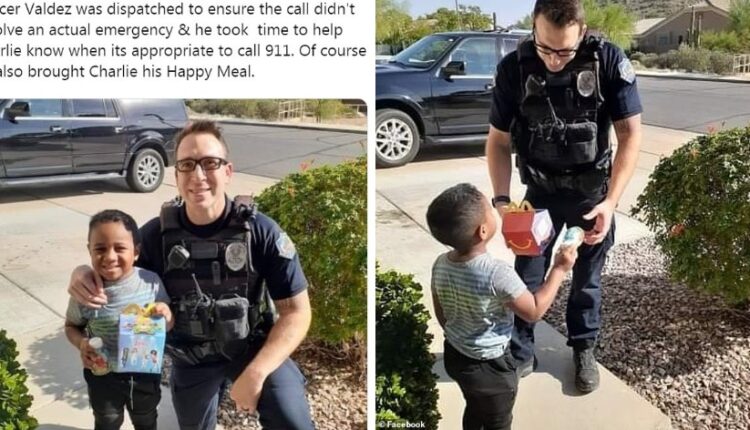 5-year-old hungry boy calls 911 to order a Happy Meal and an officer helps deliver the ’emergency’ meal
A hungry young boy in Arizona decided to called 911 to order a Happy Meal and the Mesa Police Department came to the rescue.
The Mesa Police Department say that 5-year-old Charlie called local 911 dispatcher, Anthony Bonilla, and sweetly asked if he was talking to McDonald’s.

‘Hi, is this McDonald’s?’ Charlie asks, according to audio from the call.

Bonilla said: ‘No, this is the Mesa Police Department. Do you have an emergency?’

Nevertheless, to check whether or not there was an emergency happening at the boy’s home, Anthony later made a follow-up call and talked with Charlie’s father

The boy’s father explained that the hungry boy must have used his phone and assured the 911 dispatcher that everything was fine.

In a follow up call, Bonilla talks with Charlie’s father who assured there was no emergency at their Mesa home and that their Charlie must have gotten to his phone.

‘It kinda made my day,’ Bonilla tells Charlie’s father.

‘He was asking me if I was McDonald’s and if he could get a Happy Meal.’

Bonilla told Charlie’s father that due to official protocol, an officer would be dispatched to their home for a wellness check. 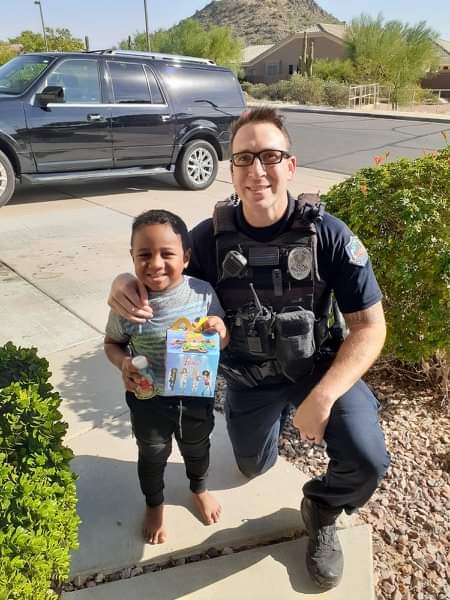 Sure enough the responding officer, Randolph ‘Scott’ Valdez, got Charlie an afternoon snack.

After confirming that there was no emergency at home, Officer Valdez gave Charlie the Happy Meal he ‘ordered’ and the boy could not get more excited!

According to Charlie’s mother, Kim, they were surprised when they realized the boy had called 911 to order a Happy Meal. “When we found out Charlie had called 911 we were a little shocked and quite embarrassed! I didn’t know he even knew what 911 was!”

However, she felt relieved when the officer handled Charlie’s call with kindness

As for Kim, she was thankful for Officer Valdez’s kindness and generosity for surprising Charlie by delivering a Happy Meal he wanted as well as helping him to understand what a 911 is.

Valdez and Bonilla were also lauded by Chief of Police Ramon Batista.