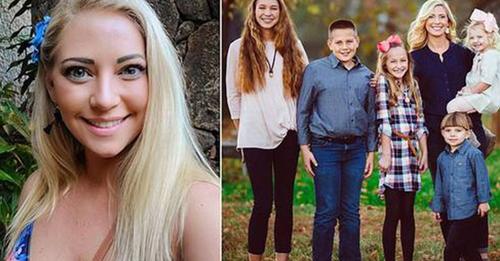 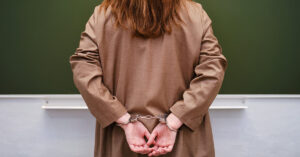 Parenting is hard. Trying to meet the expectations of your career while at the same time raising your children is incredibly demanding and hard to balance. This becomes exponentially more difficult if you are a single parent. This single Georgia mom of five left her 14-year-old daughter to babysit near the beginning of the pandemic when she had to go to work and her younger son’s daycare was closed. The boy wandered off for 15 minutes, and now she is facing criminal charges and possible jail time.

Single Mom Facing Charges for Having Her 14-Year-Old Babysit Her Younger Kids
Older siblings, raise your hands if you were ever left in charge of your younger siblings while your parents were out when you were younger. I will wager that most likely the majority of the older siblings reading this have their hand up. Having older children babysit their younger siblings is a common practice in most households. After all, babysitters are expensive, so if you have a child who is old enough and mature enough to take care of their siblings for a few hours, why not take advantage of that? There are many benefits to having your kids babysit for you: It shows them that you trust them and teaches them responsibility.

Pandemic Necessity
In May of 2020, at the beginning of the pandemic, Melissa Henderson made the same decision that many parents make when they’re in need: She asked her 14-year-old daughter Linley to watch her younger siblings. Melissa had to go to work, but because of the pandemic her four-year-old son Thaddeus’s daycare was closed. This was not the first time Linley had babysat her younger siblings.

Melissa Henderson was charged with reckless conduct after her 4-year-old son wandered over to a neighbor’s house while being watched by his 14-year-old sister. Linley was in online school at the time. While she was in class, Thaddeus noticed one of his friends outside and went out to play with him without first asking Linley. He wandered down the street to his friends’ house. Linley realized he was gone shortly afterward and found him 10 to 15 minutes later at his friend’s house. Unfortunately, his friend’s mom had already called the police by the time Linley got there.

The Charges
Naturally, Melissa was called to the scene where the police took down her information. Two weeks later, however, completely unannounced, five squad cars turned up out front of her house. The police arrested her outside of her home in front of her children and took her to the station. Her ex-husband had to bail her out of jail. She faces charges of a $1000 fine and up to a year in prison.

“I almost don’t have words for how low it made me feel. To truly feel in the bottom of my heart that if I’m anything, it’s a good mother and everything you do is for your kids. To be stripped of that to the point where you are handcuffed in front of them.” Melissa said.

In his report, the arresting officer mentioned that a variety of terrible things could have happened to Thaddeus after he left their home. This includes being kidnapped, hit by a car, or even bitten by a poisonous snake. They also claim that this is not the first time Thaddeus has wandered off while under the care of his older sister. Criminal proceedings have been ongoing for the last two years, with Melissa’s attorney working pro-bono to help her.

Georgia State Rules
Melissa’s attorney David DeLugas has been arguing that the charge is unconstitutional and should be dismissed. Georgia law states that children aged 13 and above are legally old enough to babysit their younger siblings provided that they have parental permission.

“They claim that the same thing happened a year earlier. So you’re saying a year earlier, she left her children in charge of her then 13-year-old, almost 14-year-old, and somehow two rights make a wrong,” DeLugas said. “It wasn’t wrong then, and it’s not wrong now.”

A Qualified Babysitter
Like most parents, Melissa did not make the decision to leave her younger children under Linley’s care lightly. The court claims that Linley has some measure of learning disability, making her unfit to babysit. Melissa says that while yes, Linley has been diagnosed with ADHD, she also has a 4.45 GPA, is vice president of the 4H club at her school, and has broken records in varsity track. On top of all of that, she is certified in CPR and has completed the Red Cross Childcare program. Essentially, this young lady is more than qualified to watch her siblings for a few hours.

Melissa is now afraid to leave her children alone and has not returned to work since the arrest. This, naturally, is not a light decision as a single parent of five. Her attorney set up a GoFundMe to help the family cover legal costs and other expenses as Melissa has been unable to return to work.