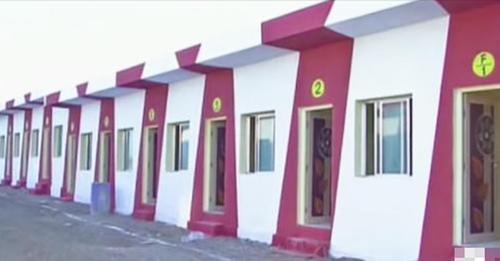 This man’s single act of kindness has changed 90 families’ lives and given hope to thousands more.
Many people in this world are really into extravagant weddings. Whether the wedding is their own, a family member’s, or a celebrity throwing it, these elaborate ceremonies and celebrations have become something of a status symbol and a fun experience. However, the man in this story is a difference.

He is a financial tycoon who had originally planned an elaborate and expensive wedding for his daughter. However, he did something far more touching with this amount of money.

Billionaire Manoj Munot is among the richest people in India.
He wanted to make sure that his daughter could have everything she wanted at her wedding. Being able to provide the greatest things for children is something many parents aspire to do.

Munot had done it when he gave his daughter everything she could ever want.

This man put aside $11 million for his daughter’s wedding.
That amount of money of course can buy a lot of cake, rent a huge reception hall, and more.

Shreya Munot, Munot’s daughter did not insist on a big wedding and was genuinely not sure how all of the money her father had saved would get spent. Shreya was said to have been quite supportive of the idea that some of the money saved for her wedding would be spent on more important things instead.

Munot then told his daughter he had changed his mind and decided not to spend as much money on her wedding as he first intended. Instead, he would put the money toward a good cause.

Manoj Munot builds homes for the poor.
The money Munot had saved for his daughter’s wedding could help people in India where many people live in makeshift camps often referred to as slums and so that is what he would do with it.

Shreya was said to be over the moon thrilled at her father’s decision.
In a sense, he was giving her the wedding she wanted, one where less money would be spent on her and more would be given to people who truly needed it.