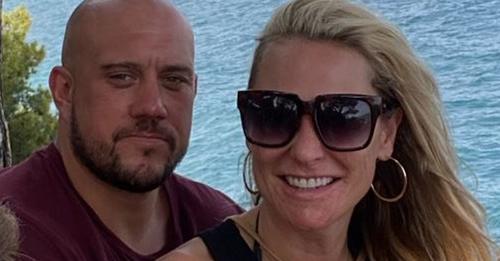 Jennie Platt, a 44-year-old mother of two, needed three operations after she was reportedly beaten up by her boyfriend Ricky Bibey, with whom she was in a long-term relationship

A British estate agent was rushed to hospital after allegedly being beaten up by her rugby star boyfriend, who died from a suspected heart attack during the alleged attack.

Jennie Platt, a 44-year-old mother of two, needed three operations after she was reportedly beaten up by her boyfriend Ricky Bibey, with whom she was in a long-term relationship.

40-year-old Bibey, who stood at 6 ft 3in and weighed 17 stone, is alleged to have subjected his girlfriend to the assault after they returned to the £350-a-night four-star Hotel Continentale in Florence in the early hours of July 16.

Jennie, who friends said had been with Bibey for three years, has only now been discharged from hospital. However, she currently remains in Italy and needs a medical flight to bring her back home. 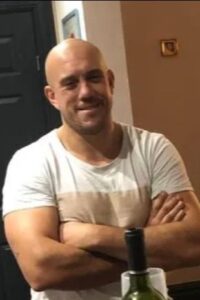 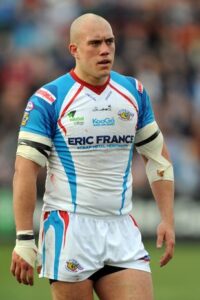 A prosecutor investigating the attack had to wait more than a week to speak with her about the ordeal due to the extent of her injuries.

A family friend told the Mail Online that Jennie was devastated after the “shocking and violent” attack.

“She has been doing all she can to help the Italian authorities piece together what happened that night, speaking to them as a witness and as a victim of a domestic assault,” the friend said.

The pal continued to explain the Florence trip was supposed to be a health break at a spa, after Bibey had suffered mental health issues and a “serious downturn” in the last six months.

“He had been in and out of various centres, and this trip was to try and get him back on track – but it ended in tragedy.” 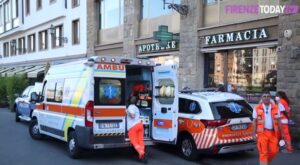 Bibey had been well liked and respected in the Rugby League fraternity, the friend said, which would likely make it difficult for people to hear what happened.

They said Jennie had suffered a number of serious injuries, including one to her eye socket which was “very worrying”. She was currently in a wheelchair while she recovered from the assault.

CCTV footage showed Jennie and Bibey, who played prop for the Wakefield Trinity Wildcats before his career was cut short by injury, returning to their hotel room in the early hours of July 16.

After Bibey turned professional in 2001, he had also made appearances for Wigan Warriors, Leigh Centurions and St Helens. He had played three times for England, before an Achilles problem led to the end of his career.

An autopsy showed Bibey had died from a heart attack.

While toxicology results had yet to be confirmed, police said he had taken both alcohol and cocaine – which had combined to provoke his death. 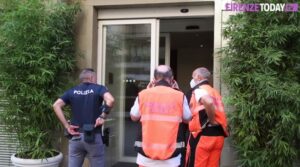 Both Jennie and Bibey, who were from Manchester, worked as estate agents.

Jennie ran her own business – Jennie Platt Sales and Lettings – and had featured in a BBC documentary called Mantopia about the property business in the north west of England.

When it emerged she was marketing the luxury flat of Manchester United ace Phil Neville back in 2013, her profile was raised massively.

Jennie’s lawyer Stefano Goldstein said she had cooperated fully with authorities and they expected the case to be closed within the next few days.