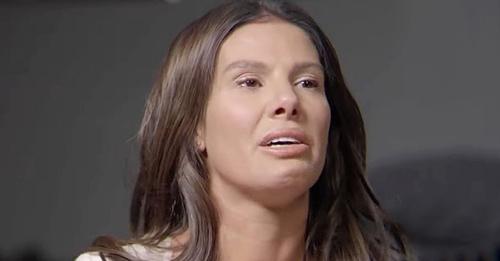 Rebekah Vardy has revealed the devastating effect the £3million Wagatha Christie Coleen Rooney battle has had on her mental health.

Rebekah Vardy has detailed the extent the £3million Wagatha Christie court battle has taken on her mental health, revealing she is still having nightmares.

The WAG, 40, last week lost her blockbuster libel case against 36-year-old Coleen Rooney over a viral social media post, after a High Court judge found it was “substantially true”.

In an emotional interview, Rebekah said she has been hospitalised twice over mental health issues since Coleen famously accused her Instagram account of leaking stories about her private life to the press in October 2019.

When the post became public, the WAG was flooded with vitriolic messages from trolls and left her feeling like the world was against her.

Becky was put on anti-depressants after battling dark and even suicidal thoughts and has had to have regularly therapy. 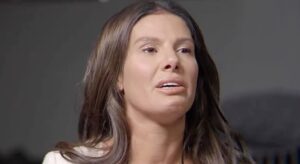 Rebekah Vardy breaks down in tears as she speaks out about the Wagatha Christie trial
She told The Sun: “I was having serious panic attacks. I had kidney stones which were brought on by stress, and I just felt like my life was falling apart.

“Physically, emotionally and mentally it was exhausting. It was draining. I had to go to hospital a couple of times because they were really worried about my mental wellbeing.

“And since the court case, I think I’m probably suffering with PTSD — I feel physically sick when I talk about the trial and what happened, and I have nightmares.”

Rebekah says she is yet to have a diagnosis for Post Traumatic Stress Disorder but says she will seek more therapy, as the court case has been a “horrible time”. 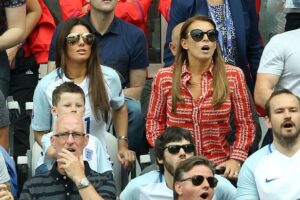 The long-running saga between the two WAGs, who battled it out in the High Court during a seven day trial, was finally put to an end last week as Mrs Justice Steyn ruled in Coleen’s favour.

Breaking her silence after the verdict, Coleen said she was pleased with the judgement and bears no ill will to Rebekah, adding: “It was not a case I ever sought or wanted.”

Turning to her viral Instagram post which sparked the saga, Coleen said: “Today’s judgment makes clear that I was right in what I said in my posts of October 2019.”

In how own statement, Rebekah said she was “extremely sad and disappointed” by the decision, and she did not accept it nor believe it “was just”.

Rebekah is on anti-depressants after the three-year ordeal 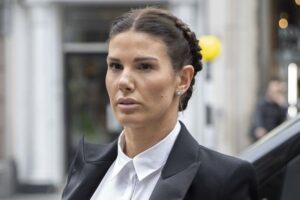 In her ruling, Justice Steyn said it was “likely that Rebekah’s agent at the time, Caroline Watt, “undertook the direct act” of passing information to The Sun.

But she added: “Nonetheless, the evidence … clearly shows, in my view, that Mrs Vardy knew of and condoned this behaviour, actively engaging in it by directing Ms Watt to the private Instagram account, sending her screenshots of Mrs Rooney’s posts, drawing attention to items of potential interest to the press, and answering additional queries raised by the press via Ms Watt.”