Pregnant Waitress Charges Cop $8.75 For Lunch But Kind Remark Has Her Running To Boss In Tears - Daily Net 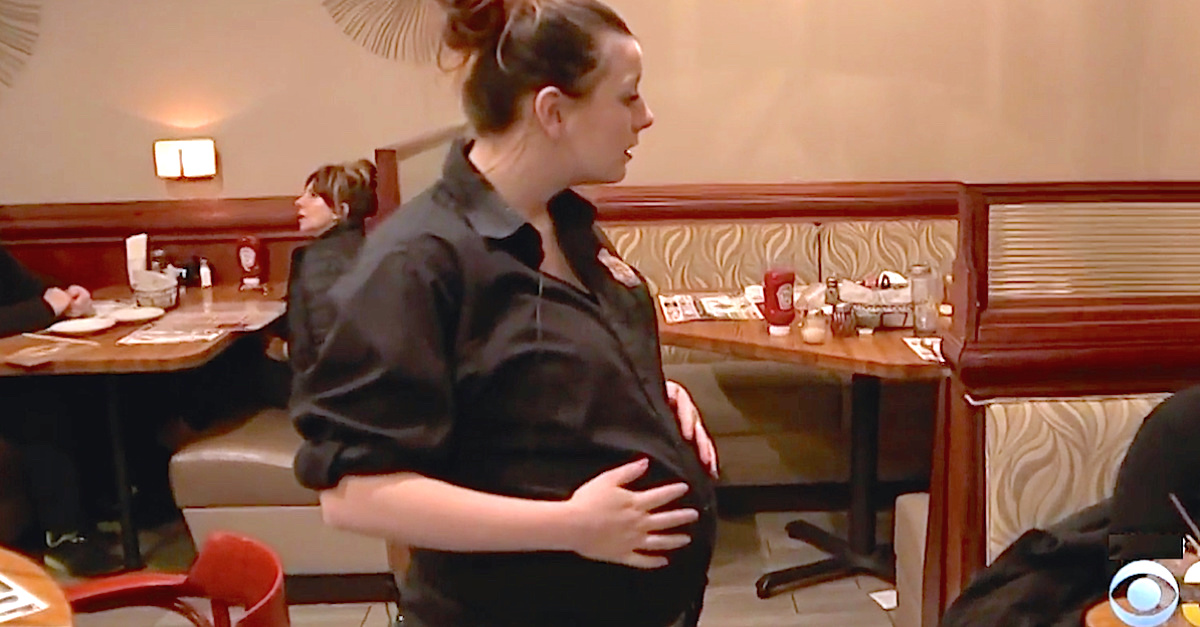 Pregnant Waitress Charges Cop $8.75 For Lunch But Kind Remark Has Her Running To Boss In Tears

Courtney English, 23, is eight months pregnant with her first child. The hardworking waitress is struggling to pay the bills while preparing for her big arrival.

Before taking maternity leave, Courtney continues to wait tables at the Lamp Post Diner in New Jersey. She’s trying to save as much money as she can before her daughter’s birth.

Since many local police officers frequent the diner where Courtney works, it wasn’t unusual when a cop sat down at one of her tables during the lunch rush.

It’s the officer’s tip that is making headlines.

Courtney brought the officer his lunch, and the pair engaged in some casual conversation. She then moved to a table with a larger party, where the guests excitedly asked her questions about her pregnancy, like when the baby was due and if this was her first child.

Chances are, the officer overheard the conversation and decided to perform a selfless act of kindness.

Courtney was completely shocked and went running over to her boss with tears in her eyes. In an effort to recognize the officer’s good deed and praise the police department, her boss shared the story on Facebook.

“There have been plenty of situations where she got a nice tip, but just the little remark was what got her,” he told USA Today.

You see, the anonymous officer didn’t just leave Courtney a much-needed tip. He also left a message for her scribbled on the check.