Once This Mother Left The Table, Waitress Slipped A Note To Her Husband - Daily Net 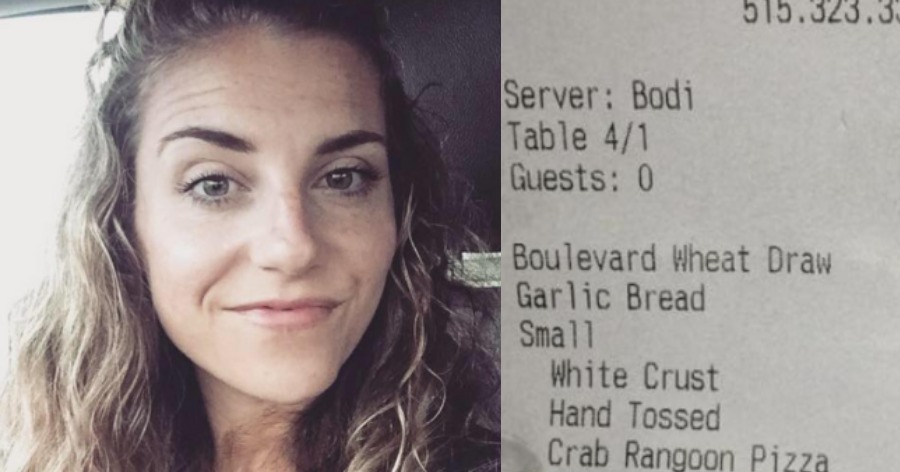 Once This Mother Left The Table, Waitress Slipped A Note To Her Husband

Unfortunately, we still live in a world where people might judge other moms for breastfeeding in a public space, and it’s something that many moms have issues trying to maneuver.

If you’re a new mom and have chosen to breastfeed, it’s probably on your mind a lot. What if you’re out and need to pump? How will people react to that? Will people be judgmental?

One woman named Jackie Johnson-Smith, a stay-at-home mother of three in Iowa, was looking for a place to eat out and celebrate her birthday with her family.

Two of her kids are older, but her third was 12 months and she was still breastfeeding. So Jackie wanted to make sure she went to a restaurant that wouldn’t shoo her out.

“I usually don’t go downtown for dinner because lots of places aren’t family-friendly but I had heard good things about Fong’s,” Johnson-Smith said.

She decided to take the chance. But when it came time to breastfeed, she was still a bit apprehensive.

“I usually don’t like to breastfeed in public because people can be judgmental,” Jackie said.“The waitress kept walking by, and I was worried she didn’t want me nursing in the restaurant.” 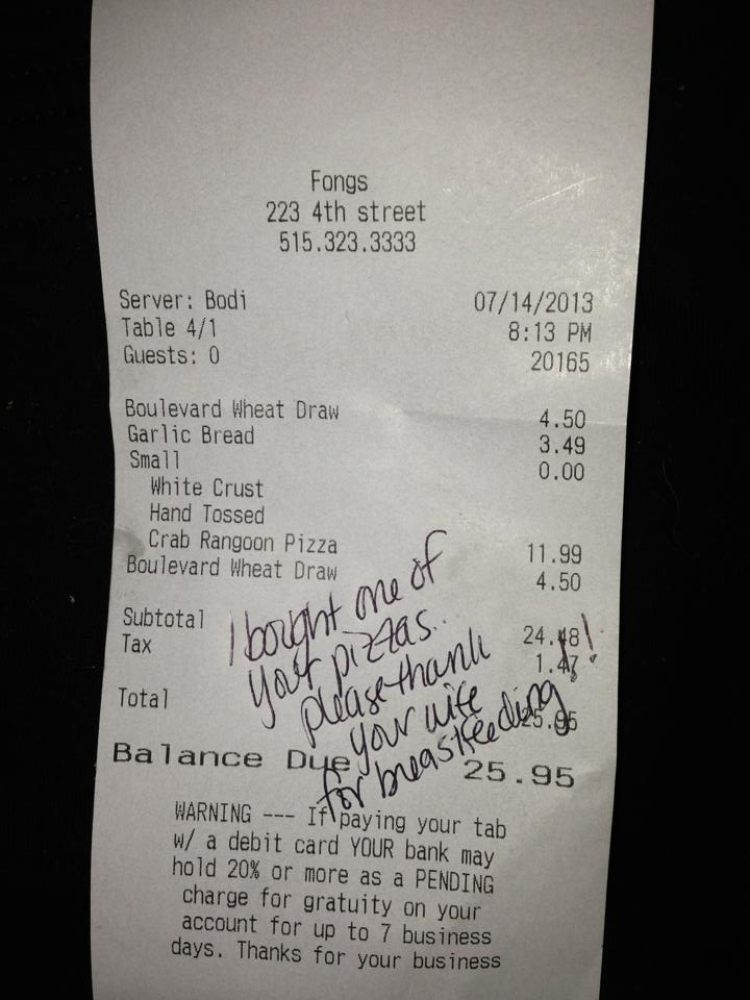 When their bill for dinner came, she noticed there was a handwritten note on it. It read: ‘I bought one of your pizzas. Please thank your wife for breastfeeding!’

“I was in total shock and started tearing up,” Jackie said. “After dealing with people’s reactions for so long, it was like the universe was giving me a pat on the back. I was too stunned to go back inside and thank the waitress.”

Jackie was so emotional about the incident that she had to go to Facebook to talk about such a kind act she experienced. She wrote the following words:

“I have breastfed three children…I have breastfed them in a countless number of places both pleasant and unpleasant, discreetly and out in the open. I have gotten many looks and stares, but tonight erases any negativity I have ever received. I ate at Fongs for the first time tonight. Having a fussy baby I nursed him for awhile in the booth and eventually left the table early as to not disrupt the restaurant. The waitress gave this receipt to my husband. I was speechless and emotional. Although I don’t need a pat on the back for feeding my child, it sure felt amazing. It is amazing how we women can make each other feel when we empower each other.”

You know what they say; it truly takes a village! Motherhood is hard enough when there are naysayers, but when we all band together, moms of the world can accomplish it all!

We’re so glad this waitress showed her support towards Jackie, and that Jackie was able to enjoy her meal and feed her baby at the same time in peace.

What are your thoughts on public breastfeeding?