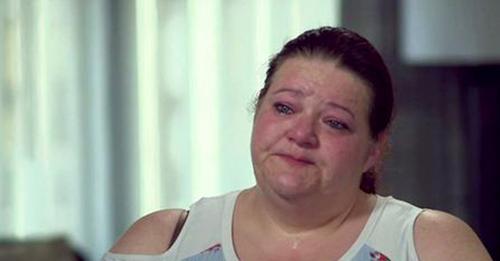 If a teenager might be planning a school shooting, what should their parents do? Nichole Schubert found herself in this predicament in 2019. She was cleaning her 17-year-old son’s room when she found his journal detailing a murder spree. But after a few hours of anguished deliberation, she called the police to inform them about her son’s plans. “It was very descriptive,” Schubert said. “It was just heartbreaking. I didn’t, I didn’t really want to know the details.”

“Your first instinct is, as a parent, is to protect your child”
The journal showed a plan that involved killing his mother and her boyfriend at 5 a.m. and then shooting up his Washington high school at 12:20 p.m. Schubert called the entry devastating. “That’s my child, I, I gave birth to him, you know. It hurts a lot. It still hurts,” she said. 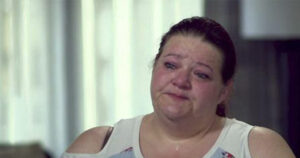 The plan had a date: April 20, 2020, the anniversary of the Columbine school massacre in 1999. He wrote, “Kill everyone possible, fight to the death or kill self after maximum damage has occurred.” The teen had been displaying an obsession with mass murderers before this point and his mom had previously found what looked like a pipe bomb in his room. She had informed his probation officer, who was assigned to him for marijuana use and curfew violations.

But after finding the journal, she decided to call the police and tell them about the plan and the pipe bomb in his room. It was a gut-wrenching choice to make, but she felt it was the right one. “Your first instinct is, as a parent, is to protect your child. But at that point, I felt like if he is actually going to do these things, he would be safer in jail.” She added that she knew the people at school, including kids she had watched grow up.

“If there’s a possibility to save even one person…”
Several years later, she doesn’t regret her difficult choice, saying she believes she had saved lives that day. “It wasn’t just about me and him at that point. It was about a whole school — hundreds of people, hundreds of kids, children.”

This is why she publicized her story, to help others who might end up in her shoes. At the beginning of her interview with GMA, she mentioned how her son opposed it. He had threatened to not speak to her again if she did the interview but she was determined to try and help other people. “If there’s a possibility to save even one — one person, one child — I think it’s worth it,” said Schubert.

While she believes parents are not entirely responsible for what their children might do, parents are responsible for looking after their kids and for noticing signs when something’s wrong. “Stay in their business. Even if they don’t like it. They’re not going to like it. But as parents, it’s our job to know what our kids are doing,” she said. “Just be aware and watch for signs. Kids will normally tell you by their actions when something is wrong. Obviously, we can’t control our children’s actions all the time. Who can? But there are signs that something’s not right, something’s, you know, why is he acting weird? Why? Why is he so to himself? I was in his room, you know? What are you doing? Where are you going? All the time. And he hated it. But he’s alive. And everyone’s alive and he’s not in jail.“

“He’s my child. I love him unconditionally.”
After the fateful phone call, the police arrived to arrest the son. He claimed the journal entries were just a fantasy story, not a real plot. He later pled guilty to a felony charge for threatening to bomb or injure property, and other misdemeanors for harassment. Since then, he had underwent mental evaluation and finished his assigned community service and rehabilitation program. Now, he is 20 years old and doesn’t live with his mother anymore. He is working, wants to go to college, and hasn’t gotten into any legal trouble since his arrest. “You just pray. You just pray that God… helps them make the right choices through life. Because what else can you do? He’s over 18 now,” she said. “He’s my child. I love him unconditionally. I’ll always be there for him. I’ll always love him no matter what he does.”