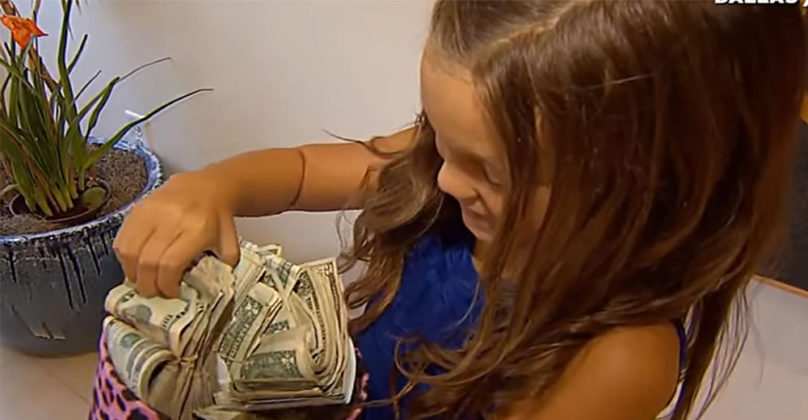 Addie Bryan was born with a rare condition called Larsen syndrome, where her bones developed abnormally and caused her to be born with her legs backwards.

Addie went through nearly 70 casts over the span of a few years and underwent four different surgeries to help alleviate her condition.

All at no cost with the Texas Scottish Rite Hospital in Dallas, one that has always relied on donations, gifts, and charity to keep running.

The hospital became Addie’s second home, and it served as her miraculous place of healing.

At nearly 8 years old, Addie was able to walk and even run, and she knew she owned it all to the hospital that had treated her so generously. 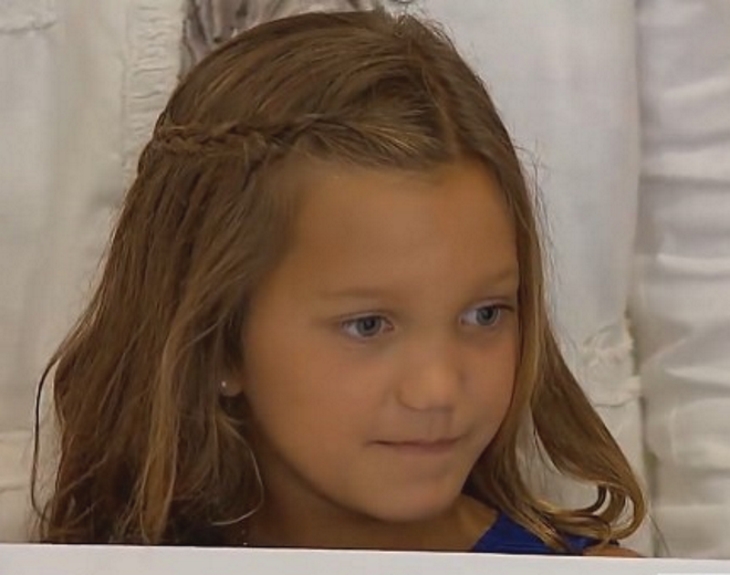 That’s when she realized what she wanted for her 8th birthday – and it wasn’t a gift for her.

Armed with a sign that read “My birthday wish is to raise $8,000 for my hospital, Texas Scottish Rite for Children!”, Addie would spend the next several days standing on a street corner with her Mom.

She would run up to cars that had donations ready for her and rush back to the sidewalk to resume her requests. 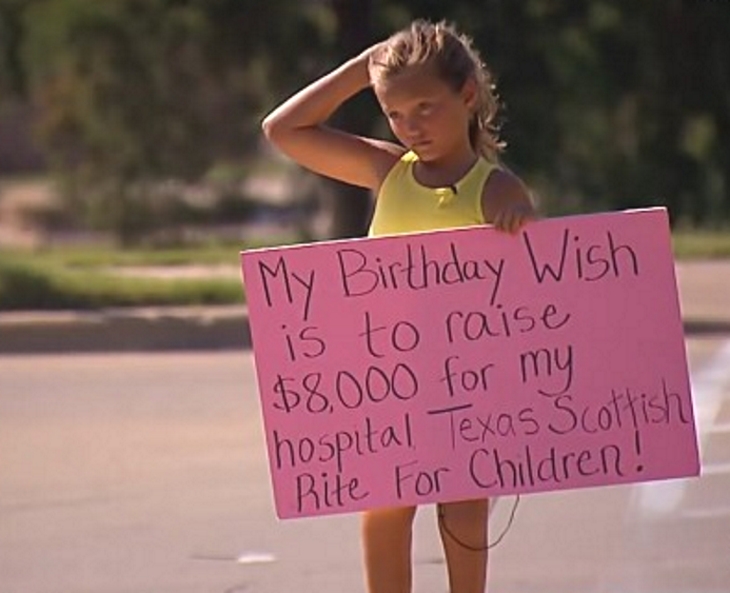 A completely selfless, mature, and intelligent young lady, all Addie wanted was to thank her hospital and pay their kind deed forward to the next generation of children who would need their care like she did.

News of her efforts swept the nation and the world, and donations began piling in, totaling a whopping $19,500.

But then an anonymous benefactor, shocked and inspired by Addie’s generosity, decided to write to the hospital and donate an additional $50,000 in Addie’s name, bringing the total to $79,500!

When asked about this contribution, Addie maintains that this effort has never been about her – it’s about all the other children in the hospital, who she hopes will get better faster with the help of the donations.

What an inspiring tale of this young girl with a heart of gold!